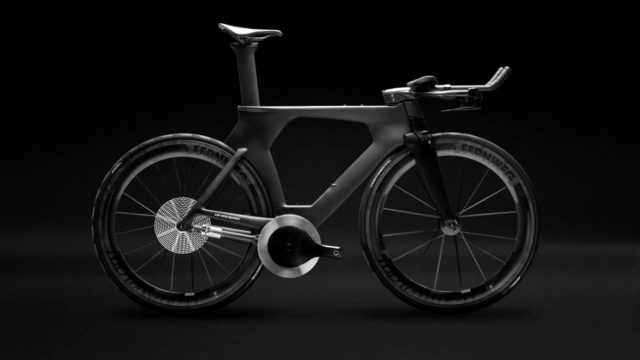 The burglar smashed through the safety glass door of Driven Technology on Wilderness Place in Boulder sometime in the night. They knew exactly what they were looking for, located them and escaped with three bikes—two of which were high-tech, one-of-a-kind cycles, outfitted with prototype technology (the third was a personal bike of the startup company’s CEO, Jason Smith).

It’s a story that’s become all too familiar in Boulder and one that Chris Caughman, CEO of Crank Farm, a new social auction platform for performance bikes, experienced for himself. In his case, he owned a brand new, custom Lynskey titanium gravel bike for less than six hours. He had the bike locked to the roof of his car and was headed to hit the trails for its maiden ride–but he needed a spare tube. He’d stopped at a busy outdoor store for less than 10 minutes and when he returned to his car, the Lynskey was gone.

“One hundred cars in the parking lot, people everywhere. No one saw anything,” he says.

The day after the break-in at Driven Technology, Boulder police recovered the stolen prototypes. The suspect walked into a local bike shop carrying one of the $12,000 never-before-seen bikes, with bolt cutters still sticking out of his backpack. An employee recognized the suspicious behavior, called the police, who made an arrest, and eventually recovered all three of Driven Technology’s bikes—Smith’s included.

“The officer that took my report basically said in a roundabout way, ‘You’ll probably never see this bike again, and I could encourage you to keep your eyes on the [marketplace] platforms.’”

That meant he’d have to check Craigslist, Facebook Marketplace, NextDoor, Ebay and other sites across all 50 states, regularly, looking for his bike to pop up. For someone with a full-time job it simply wasn’t feasible and the officer was right: Caughman never saw the Lynskey again. Unlike the Boulder prototypes, his bike was likely moved across state lines or even out of the country and sold to some unsuspecting buyer, totally unaware they were purchasing stolen goods (see News, “Pipeline to Mexico,” Jan. 6, 2022).

As frustrating as that was for Caughman, the event was also the spark of inspiration. The gears inside his mind started cranking.

“The more I thought about [bike theft and resale], the more it seemed like a negative cloud hanging over the cycling community,” Caughman says. “There [had] to be a way to build software—a process—to really help people that would prefer to sell rider-to-rider or peer-to-peer.”

So Caughman designed an online social auction platform, designed to filter out the grifters and provide a place for cyclists to confidently buy and sell performance bikes: Crank Farm.

“This is not meant to be a place [where] you get lost in the shuffle or you’re getting hammered with hidden fees,” Caughman says. “We want it to be a welcoming community both for people that have ridden forever [and for] people that are new to riding. It’s [for] people that really care about this sport and want to try to do the right thing.”

Caughhman’s loved bikes since the ’80s when he was a self-described “BMX kid.” In the decades since, he’s heard of or personally experienced all of the frustrating aspects of used-bike transactions: buyers bailing at the last second, or lowballing sellers when they come to pick up the bike; sellers who don’t follow through, or who suspiciously don’t know about any of the specific components of their performance bikes.

There’s always been a lot of “friction” in used-bike transactions, Caughman says. And he wants to change that with Crank Farm.

“We’re a facilitator and a connector,” Caughman says. “Crank Farm in-and-of itself is a community.”

Users sign up, create a profile and immediately enter a verified U.S. credit card. That step alone filters out a lot of unsavory sellers, Caughman says. Users can then create an auction, upload photos of their bike, and a “preview” video; list the item’s details (make, model, year, degree of wear-and-tear, etc.), set a duration for the auction, and opt for a “reserved auction” or specify “local sale only.” And buyers can browse Crank Farm’s feed of auctions, similar to autotrader.com.

At the end of an auction, the seller and buyer are connected via an automated email, and from there Crank Farm steps out of the way, Caughman explains. The two parties determine on their own whether to use cash or credit, where to meet or ship the bike to, and how.

“We want to connect people and then let them go off and do the transaction in the way that they want to do it,” Caughman says. Ten days after any transaction, both buyers and sellers can review each other, creating a feedback system that authenticates the users for future transactions.

“We are trying to have some platform accountability here,” Caughman says.

The people who use Crank Farm are by far the most important element of the site, Caughman says. Every auction has a feed where users can discuss the bike that’s up for sale, whether it’s a good deal or not, and, of course, throw up red flags if a bike being sold matches the description of a bike that’s recently been reported stolen.

“A really important component of this is the people,” Caughman says. “That’s where the community aspect of it comes into play … the feed is really meant to be the social part of it.”

Crank Farm will be a more powerful platform if users are watching out for each other and calling out bad or suspicious behavior, he says—just like the Boulder bike store employee who tipped police off to the stolen prototypes. And Facebook groups like Denver Stolen Bikes and organizations like Bike Index have already proven that cyclists can create those kinds of vigilant online communities. Caughman hopes to cultivate something similar at Crank Farm.