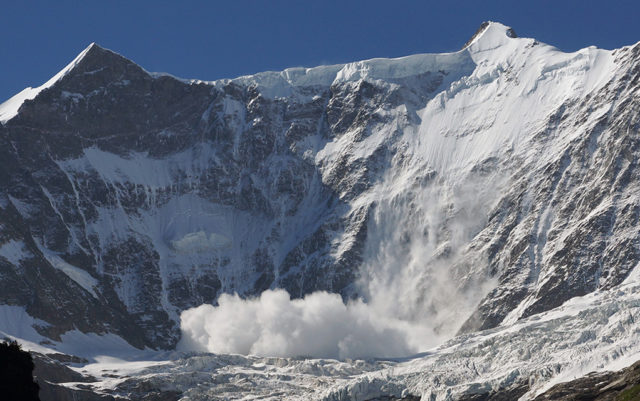 When George Dirth was in elementary school, his mother, Lisa, picked him up early from school on Friday afternoons. They’d head to the tiny ski hill near their New Hampshire home, where George would take a lesson and, if he had his way, snowboard until the lifts stopped running.

One afternoon, Lisa recalls, lessons were cancelled thanks to frigid temperatures — it was 20 degrees below zero. Lisa skied one run, got cold, and headed into the lodge.

“The lifts closed at 9 p.m.,” she remembers, laughing, “and he stayed out the whole time.”

That was George, she says: He committed fully to everything he did (including building a website devoted to snowboarding news when he was in the fourth grade), and especially to snowboarding.

Memories of chilly winters back east are bittersweet for Lisa now. Her life changed irrevocably when George died in an avalanche on Colorado’s Parkview Mountain on New Year’s Eve in 2013.

“It’s been five years,” she explains tearfully, “but it doesn’t get any easier.”

There’s no such thing as an avalanche fatality that isn’t sad. Every victim leaves behind family, friends, a community. George’s story is no exception: He was young, bright, dating a woman he told his mother was the real deal. He worked remotely as a programmer from his home in Fraser, near Winter Park, where he snowboarded as much as possible.

Never one to do things halfway, George took an avalanche training course and, according to Lisa, carried the necessary rescue equipment (an avalanche transceiver, a probe to check for buried victims and a shovel to dig them out) whenever he went into the backcountry. And he was good in a crisis — earlier in 2013, he helped rescue a woman who had narrowly avoided being buried in an avalanche on Berthoud Pass, then became stuck on a rock ledge. (She made it out safely.)

When he died, George was signed up to take an AIARE Level 2 avalanche class the following month. He made sure to travel with friends who knew the drill, too — everyone in the group he toured with on the day of his death had avalanche training. After he was caught, carried and buried, his companions instantly went into rescue mode, picking up a signal from his transceiver in under a minute. According to the Colorado Avalanche Information Center (CAIC) investigation, they dug him out less than 10 minutes after the slide.

But 10 minutes was all it took. When an avalanche is running downhill, it moves like a river; the raging torrent looks more like water than like the delicate flakes we associate with falling snow. When it slows and comes to a stop, avalanche debris sets up like concrete almost instantly. Generally speaking, it’s impossible to move or even breathe, let alone dig oneself out. By the time George’s friends located his signal and unburied him, he had died of asphyxiation.

Ten minutes doesn’t sound like a lot of time. And it’s not, compared to the aftermath of an accident like this. His mother knows that as well as anyone. Lisa pauses frequently to collect herself, often fighting back tears, as she recounts stories of George’s childhood, his college rowing years, his success as an adult. She sounds every bit the grieving mother who, five years later, still can’t believe that it’s all past-tense. It’s a feeling, she says, that she wouldn’t wish on anyone.

Lisa wanted to carry on George’s legacy of caring for others in the mountains, and she decided the best way to do that was to make sure people had access to avalanche education. The year after George died, she teamed up with the American Institute for Avalanche Research and Education (AIARE), the preeminent purveyor of avalanche education in the United States, to offer a scholarship in George’s name for backcountry users to take an awareness course. She attends some classes herself to give an awareness talk before things kick off.

“I go and I cry and I talk about what it’s like to be left behind,” she says. “I tell them they need to be safe. Even if they don’t care about their own lives, if they’re so driven to get their line, there are other people that care about them, and they’ll be hurt forever if they’re killed in an avalanche.”

Stories like the Dirth family’s are all too common. Just in the past few weeks there have been two avalanche fatalities in Colorado, making a total of six so far this winter. But there’s a hopeful trend, too. According to data compiled by the CAIC, despite greater-than-ever numbers of backcountry users, avalanche deaths across the West have remained stable, even dropping in some states. Colorado is one of them.

“Nationwide, the trend is essentially flat. In Colorado, we’re seeing a slight decrease,” explains Spencer Logan, lead avalanche specialist for the CAIC. “It’s a statistically significant trend, but we’re talking about [an average of] just over six fatalities a year to just over five a year.”

Logan has also maintained the CAIC’s accident database since 2007 and has co-authored two volumes (one published in 2017, the other forthcoming) of The Snowy Torrents, a collection of avalanche accident narratives and analysis.

“It could be a lot of factors,” Logan says of the downward trend in avalanche fatalities. “It would be nice to think public messaging and avalanche education are having a big impact. It seems to be the case, but we don’t have any way of measuring that. Certainly avy-education is becoming much more common, and that could be a benefit.”

This trend is made more remarkable by the fact that backcountry gear sales are on the rise and trailheads are more crowded than ever. But forecasters’ jobs are more complex now for more reasons than just because more people are skiing. They’re also complicated by the fact that climate change is rewriting the rules. As global warming continues to affect the planet, the methods used to forecast avalanches will need to adapt — and so will backcountry users.

“Making the connection between climate change and avalanche accidents is tricky,” Logan says. Long-term climate changes take many seasons to become obvious, he explains. Different regions’ snowpacks (maritime, intermountain, continental) have wildly different characteristics, and conditions can vary within those from season to season.

The CAIC documents something like 3,000 to 4,000 avalanches per season, both naturally occurring and human-triggered. Avalanches that caused injury or death are a tiny fraction of those, Logan says, and then, when they try to factor in a climate signal or weather, plus myriad other factors (like individual users) that go into causing an avalanche incident, the data becomes too messy to draw any conclusions. Still, Logan points out, changes are definitely happening.

“Talk to some of the folks who are ending their careers after spending 30-odd years at the same ski area or forecast center,” he says. “The rules they’ve used based on 20 years of experience might not be as useful anymore. All the historic data we have, the patterns we used to see, may not be as reliable as forecasting tools.”

That means long-held conventional wisdom — that avalanche conditions are largely safer in the springtime, for example — might not be so reliable anymore.

It may change what we’re doing as backcountry skiers, splitboarders, snowshoers and snowmobilers, too. In that same spring snowpack example, Logan points out that the snow’s surface changes rapidly on longer, warmer days, but the underlying weak layers — the ones that cause avalanches — change very slowly.

“So it can seem like we’re going through a spring cycle, and people feel like they’re skiing corn,” he cautions, “but they’re forgetting about what’s three or four feet beneath the surface.”

Despite the fact he’s investigated and reported on hundreds of avalanche accidents, if not more, Logan immediately remembers George Dirth and the slide that killed him. When an accident occurs, Logan ends up at the CAIC office, where he starts pulling together information from friends, family, witnesses and search-and-rescue. It sticks with him.

“I think we’re starting to see people recognizing the impact,” he says. “Both the emotional toll it takes on the communities, as well as on the close friends and family.”

That’s important to Lisa Dirth. “I wanted to start this so nobody else’s mother would have to belong to this club,” she explains. To her, it’s crucial that recipients of George’s scholarship make concrete plans to give back to their communities in some way. One recipient, a med student, wanted to add an evacuation component to avalanche curriculum; another, who was deaf, plans to expand avalanche awareness to the deaf community.

One of the best ways to care for the community, of course, is to stay alive and continue to be part of it. To that end, Logan says, there are a few things you can do. Everyone in your group should carry rescue equipment and check the forecast for the area where you’re headed. He also agrees with Lisa: “Taking an avalanche class is always a good idea.”