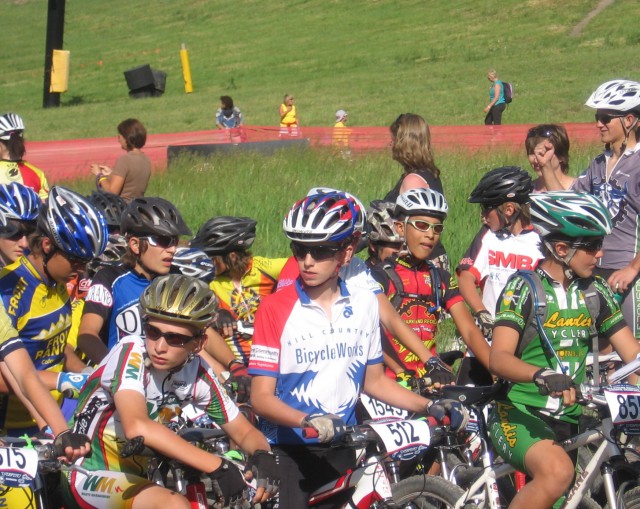 I wish they had that when I was in school.

Such is a common response when people hear about the new Colorado High School Cycling League coming to Colorado high schools in 2010. The cycling organization is part of the National Interscholastic Cycling Association (NICA), a mountain-bike based initiative that has its roots in California. Starting with a simple grassroots approach to get mountain biking on the high school sports map, the program has flourished in California, where biking has become a legitimately funded varsity sport at several high schools.

Matt Fritzinger is the founder of the Northern California Cycling League (NorCal) which he spearheaded in 2001. As the program became more polished, it became more successful and expanded to Southern California in 2008. In 2009, Colorado stepped up to be the first new state outside of California to take Fritzinger’s blueprint of the NorCal League and bring it to area high schools. Kate Rau, Program Director of Singletrack Mountain Bike Adventures (SMBA) is the committee chair for the Colorado chapter.

“My involvement with Singletrack Mountain Bike Adventures afforded me the rewarding experience of seeing how much joy and confidence kids gain from mountain biking,” says Rau. “The camaraderie, positive peer culture, and appreciation of the outdoors associated with mountain biking is a natural venue for high school students. I discovered the NorCal League in 2006. In 2008, I attended the NorCal Leaders Summit and observed the California high school mountain biking state championships in 2009. I was convinced that this high quality program specifically designed to engage high school youth was perfect for Colorado.”

There are many obstacles to being accepted as a school-funded varsity sport in any high school. Besides all the legal approvals and district requirements, new sports must compete for interest and funding with established varsity activities such as football, baseball, track, volleyball and more. Add to that the tricky element that mountain bike trails are rarely established with the purpose of competitive riding in mind and almost never on school campuses.

The logical solution is to introduce mountain biking as an organized club sport, thereby freeing it from the restrictions associated with school-sponsored sports.

“It will be a club activity and driven by motivated students, school staff and parents at each school,” Rau says. “Categories will parallel current high school programs where riders will compete against similar age and levels such as freshman females, freshman males, up through varsity. Teams will represent their schools like in normal high school sports.”

The Colorado Cycling League will give mountain biking a legitimate and proven system. The initiative to create and coach teams will be the responsibility of the communities that choose to join the network. As the league evolves, Rau hopes that schools will consider making mountain biking part of the regular high school sports curriculum. There is interest from staff and athletes from all over the state. Areas where there is high interest include Ft. Collins, Boulder, Denver metro area, Colorado Springs, Vail Valley, Salida, Crested Butte/Gunnison, Aspen Valley and Steamboat. Teams can start registering in August 2010, and the race season begins early September.

Because Colorado has such an active cycling community, road biking may be on the horizon, too. Closed circuit roadbike racing (criteriums) is the safest and most plausible place to start if road biking makes it into the program. The established California leagues focus solely on mountain biking, but as interest has increased — and, more importantly, the system has been proven to work — road biking is the next logical step.

As part of the bigger vision, Fritzsinger and Rau hope to have the NorCal model in all 50 states by 2020. A great deal of the success of the program depends on the investment of schools, students, volunteers and coaches.

“Those who are interested in coaching or leading rides should attend the June 2010 Leaders’ Summit,” says Rau. “Mark your calendars for the first annual Colorado League Cyclefest dinner and ride with Dave Wiens April 24 [at] Palettes at the Denver Art Muesuem and local ride April 25.”