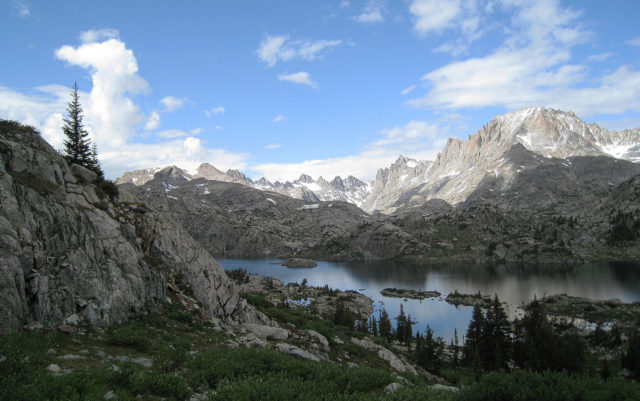 It’s serendipitous that my most recent exploration of the differences between real threats and out-of-nowhere anxiety revolved around the Great American Solar Eclipse. Eclipses are perhaps the perfect metaphor for that which is both earth-shakingly frightening and as dangerous as a leaf falling gently from a tree.

In times as recent as the 16th century, eclipses were observed with fear and foreboding — at best received as bad omens for the future, and at worst noted as the sun literally being devoured by the moon. Now, sitting on the pedestal of 21st-century astronomical technology, it seems silly that something as benign as one large object casting a shadow onto another object would come with the almost-unanimous terror that accompanied viewing solar eclipses in the past. But then again, as someone who suffers from anxiety, I understand this type of fear all too well.

It was August 2017, a few weeks before the predicted date of the Great American Solar Eclipse, when I threw my running shoes and gear into the back of my stuffy, beat-up Saturn and drove to the Wind River Range in western Wyoming. After nearly five years of pouring over eclipse tables, topographical maps and historical weather charts in order to optimize a viewing spot for the eclipse, I had finally narrowed it down to the trail systems near Ross Lake and Whiskey Mountain. I’d like to say that my near-obsessive planning mitigated the need to do an in-person scouting trip of this area, but my worries about not finding a campsite, or a parking spot, or even an unobstructed view of the sun at midday were as obnoxiously persistent as the anxiety that accompanied them.

For most of my life, I’ve suffered from Premenstrual Dysphoric Disorder (PMDD). In the two weeks leading up to my period each month, I’m inundated by depression, suicidal ideations, anxiety and panic attacks as a result of an abnormal brain response to my body’s naturally cycling hormones. When my PMDD became more severe at age 24, I went from training for a sub-three-hour marathon to being incapacitated and overwhelmed at the mere thought of running half a mile.

Fear that a panic attack would hit me in the middle of any run instilled so much worry in me that I decided to avoid running altogether. Getting stuck out on a run with no water, no warm clothes, or alone late at night because a panic attack had left me sitting on the side of the trail, unable to call for help, was my worst nightmare.

Until I started to recognize how it was fear, not danger, holding me back.

The solar eclipse of 2017 imposed a non-negotiable deadline for me to get my running act back together for a scouting adventure in the Wind River Range, and I could only accomplish this by tackling my anxiety head-on. After years of meditation and therapy, slowly learning how to manage panic attacks on one-mile runs until I could handle progressively longer efforts, I arrived at the Ross Lake Trailhead finally feeling in control of my ability to run through anxiety without letting anxiety control me.

It was a clear and dewy morning when I topped off my water in the back of my car and started up the trail to Ross Lake. I had mapped out about 24 miles of trail to cover in order to find the perfect viewpoint for the eclipse and started on a muddy trail, dampened in the previous night’s storm. With a fresh breeze gusting up the hill from an expansive emerald valley, I jogged the switchbacks of Whiskey Mountain that would lead me to the lake. The prickly, dry foliage flanking me on either side appeared to be my sole companion on this run, as the path itself was scattered with leaves and twigs that hadn’t been crushed by another traveler’s foot for days.

Reveling in the solitude, a quick look behind me unveiled an idyllic arena for eclipse-viewing only a few miles into my pendulum-like ascent, and I burst into an easy smile. With a bright mood and a view like this so early into my run, my plans for the Great American Solar Eclipse were finally falling into place, I thought.

Almost in an instant, my sunny disposition was darkened by a sharp signal of unease that started in my abdomen and shot up through my shoulders into my brain. It was fear. I stopped abruptly to survey my surroundings and held my breath, searching for the signs of some creature poised to threaten my life. All was quiet and still. Noticing nothing, frustration immediately attempted to overtake my fear.

Anyone who has stood on the precipice of a cliff, looking down into shimmeringly opaque water and contemplating the prospect of a recreational jump, might know the “screw it” attitude that often accompanies fear. The heart starts racing and the body hums with an electricity designed to make you second guess what the heck you’re doing. For some, forcibly choosing to ignore the distress signal is the only way to make the jump. Standing in the middle of the Ross Lake trail with goosebumps rising to peaks on my arm, I remembered how notorious my body was for making up threats when no real danger was present, and I decided to take the metaphorical jump beyond my fear.

I picked back up into a jog and continued climbing through a now-forested section of trail. Fearful thoughts of being watched by some predator continued to elbow into my consciousness, and I took the next few miles at a slow pace. My paranoia hovered, barely tolerable, until I reached the end of a long, luxurious meadow. My anxiety was not subsiding, and while I could tell that the meadow held nothing but peace in its grassy waves, I couldn’t enjoy it with my brain sizzling like that. I turned around abruptly, picked up my pace and chased an elusive sensation of safety downhill to the trailhead.

Even as I darted through the short brush trees and sky-wide views on the southside of Whiskey Mountain’s back, down to my origin point, my panic didn’t dissipate. Still clipping through the trees and slopping through the small mud spots not yet dry under the forest’s shade, I jumped over a large brown pile in the middle of the trail just as I noticed I had returned to the area where I first felt the lightning-strike of panic.

Wait a minute… I slowed down. I didn’t see that before. I turned around to examine the brown pile more closely. Curiosity outweighed my fear. It was long, cylindrical and mushy. I looked around for a dog or his owner, but shook that idea out of my head knowing that I hadn’t seen another soul in the area since arriving a day ago. Surely I would have passed them. I examined what I knew to be some sort of animal scat more closely, and felt another jolt of fear. Shit shit shit! Literally. It was mountain lion scat.

I stood bolt upright and scanned through the trees again, this time with even more urgency. So my fear hadn’t been the precursor to a panic attack — it’d been healthy intuition warning me of the very real risk that a mountain lion was shadowing me on the trail.

I stepped back cautiously, carefully putting distance between myself and the scat. I knew whichever big cat had left it likely wasn’t interested in me if I’d been ignored for the past 60 minutes, but the risk of getting pounced on and mauled by such a formidable feline still felt palpable. I broke into a crisp walk, then an all-out run after no signs of yellow eyes or a lithe, 150-pound body threatened to erupt from the trees. I didn’t stop until I reached a trail junction, finally feeling fear release its grip on my thoughts just enough to assess what had transpired.

One thing was clear: my anxiety had just put me in danger. Yes, my instincts had risen to the occasion and clued me in to potential danger, but having a chronic mental illness had also forced me to dismiss a real threat. Panic attacks and anxiety were such common experiences that I needed to ignore them in order to function in daily life. But today, I hadn’t been able to notice the difference between the manufactured threats of my mind and the real ones in my environment. How could I stay safe if my ability to make calm, rational decisions could be hijacked by anxiety so thoroughly that it warps my perception of reality, even danger?

This question isn’t unique to me; even without anxiety or mental illness, we all can have our decision-making in the outdoors impaired. When we are stressed out, we may be more likely to impulsively chase that scary new line in the backcountry; when we spend too much time on social media, we might be more anxious to capture a badass, but dangerous, photo opportunity; social anxiety might incline us to outweigh the pros and cons of sticking together versus allowing summit fever to take hold in the face of an impending storm. Fear permeates each of our lives, and while fear serves a proper function and purpose, understanding the nuances in how it can impair or enhance our assessment of danger is imperative.

Anxiety, solar eclipses and mountain lions can all be scary, but they each come with different risks and require different approaches to manage them. Two weeks after my fear-filled encounter with the lion scat, on Aug. 21, 2017, I stood near the shores of Ross Lake better prepared for all three. Armed with bear spray, anti-anxiety medications and solar viewing glasses, I gazed skyward, and for a brief 2 minutes and 21 seconds the sun wasn’t the only thing eclipsed: my fear was too.

If you believe you or someone you know may be suffering from Premenstrual Dysphoric Disorder, contact the Peer Support Team at iapmd.org. IAPMD is a 501c3 non-profit organization dedicated to education, awareness, support and advocacy for individuals with Premenstrual Disorders.