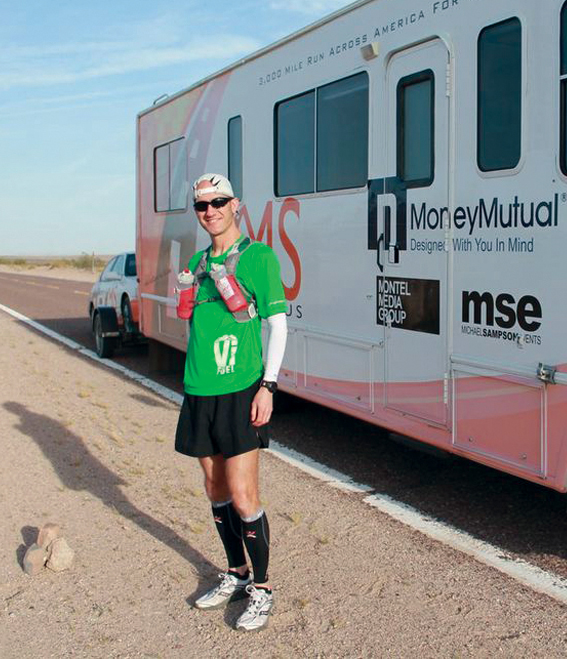 Twelve percent — it’s not even a good tip, but to Boulderite and ultrarunner Jay Rawlings, it represents the extra 22 miles he ran during his seven-day leg of MS Run the US endurance relay for multiple sclerosis research (see “More than a foot race,” Boulder Weekly, April 25).

His route from Barstow, Calif., to Las Vegas was originally 183 miles long, but became 205 miles due to an unexpected, impassable, 4×4-only road causing the relay to take a day-long detour.

Relay organizer Ashley Kumlien, who drives ahead of runners in an RV pulling a Toyota Camry, offered to run the additional miles for Rawlings, but he refused to let anyone else do his segment.

Rawlings made up the distance by running 50 miles on the fourth day, and still arrived in Las Vegas on April 28 in the allotted seven days. On Tuesday he handed the baton to Adam Towle, who will be running 234 miles to Milford, Utah.