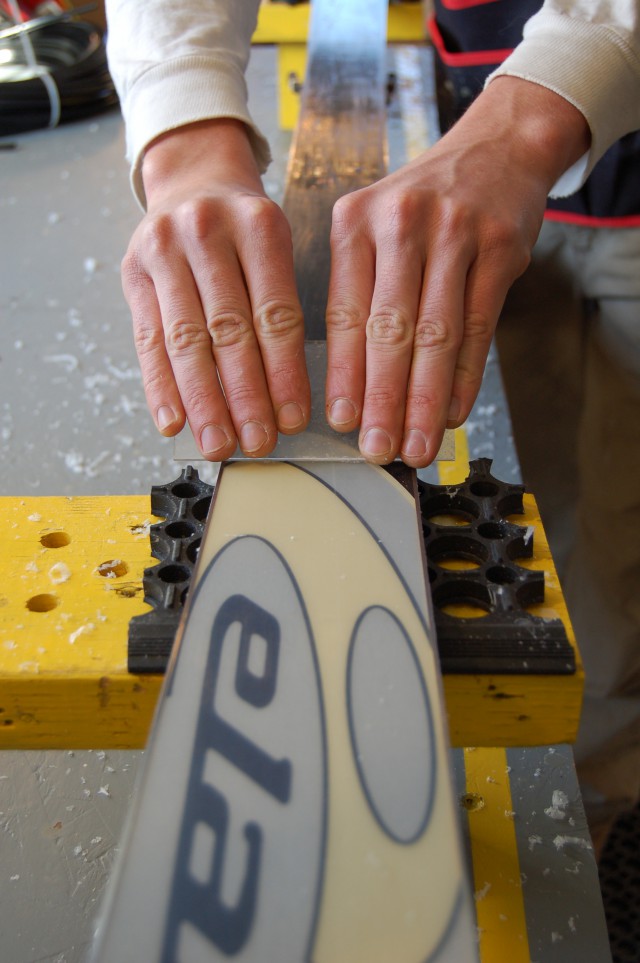 Of all the things in all the places on our massive planet, Brad Wolfe’s inspiration for his Boulder-based ski-tune company came from pizza delivery in South America.

Wolfe, the owner and founder of Organo-Lawn, a local lawn care company, was faced with a dilemma prior to trekking in South America in 2005: what, exactly, does one do with a lawn care company in the winter? Plow snow?

It was that passion for skiing that led him to a local ski shop for a tune before setting off to South America. Wolfe asked to have his equipment back within a week. Two weeks, he was told, was the earliest return. But two weeks, in his mind, was unacceptable. So, come to think of it, was having to drive to a ski-tuning shop.

In South America, everything came together. Because of Organo-Lawn, he had a fleet of delivery trucks at his disposal and a database that handles routing. Why don’t we just make it basically like pizza delivery? he thought.

Wolfe’s concept — Colorado Ski Tunes, a delivery-based tune shop — has taken off. When the company first started in 2006, they were taking in, by his estimate, four pairs of skis a week. Now, that’s up to 30.

“People have been trying us, and we really have been getting a lot of compliments on repairs,” Wolfe says. “We have a lot of time on our hands, so we really take the time to do a really excellent job.”

That’s due in part to the attention to detail each pair receives. In lieu of a machine, each wax is done by hand. (Hand wax lasts an average of three days, compared to a half-day from a machine, Wolfe says.)

Still, the company’s biggest draw remains the fact that they do all the lifting. Literally.

Customers
in need of a ski- or snowboard-tune can schedule a pickup through
ColoradoSkiTunes.com or by calling 303-443-1584, and expect their
equipment back within 48 hours.

“People
don’t come to us,” Wolfe says. “We go to them.” A basic tune costs
$22.50, while a professional tune runs $40. A basic wax scrape is
$12.50. The delivery area boundaries run north to Longmont, south to
Highlands Ranch, west to Golden and east to Aurora.

As
a special to new customers, two tunes cost the price of one, and
delivery is free. Colorado Ski Tunes also makes a concerted effort to
be environmentally friendly.

The
office and shop run on 90 percent self-generated solar power and 10
percent wind power. For the tuning process, Wolfe buys biodegradable
emulsion fluid instead of the cheaper non-biodegradable option.
(Emulsion cools equipment and allows the skis to slide properly.)

The
delivery trucks run on biodiesel fuel; even the uniforms are made of
100 percent organic cotton. Wolfe is working on a program that would
allow his technicians to recycle wax. Currently, he estimates, about 50
percent of the wax during a given tune is wasted.

“We just try and reduce waste, and all the standard things, and then also a lot more,” Wolfe says.