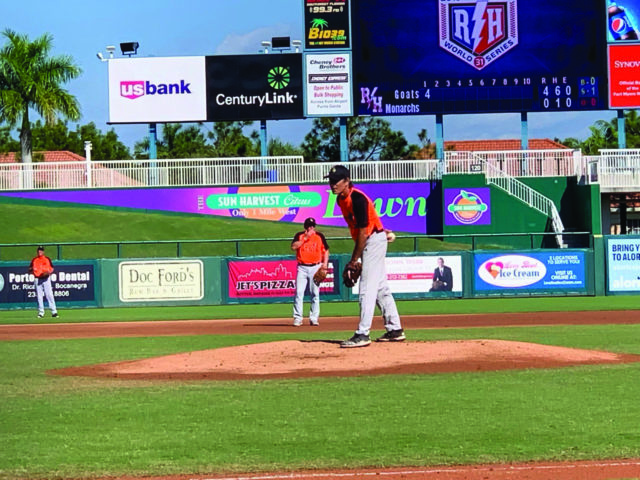 My baseball loyalty was irrevocably formed in 1961 at the tender and impressionable age of six when the Washington Senators relocated to Minneapolis and became the Minnesota Twins. At that time, I was a first-grader at Oak Hill Elementary in St. Louis Park, MN, and became terminally infected by “Twins Fever.” Despite leaving the Twin Cities at the age of twelve and spending my high school and young adult years in California —followed by the past twenty-seven years in Colorado — I have remained a loyal Twins fan. The truth be known, spending so many years rooting for my beloved Twins as the visiting team — mostly in Anaheim and Oakland when they were pitted against the Angels and Athletics — has manifested deeply within me as a sort of “fish out of water” personna. It may very well be that one of the Weekly’s primary missions, championing the cause of the underdog, is a reflection of my lifelong habit of cheering for the visiting team.

But I digress. My point is that, aside from two brief trips to the Twin Cities in 1976 and 1987, I have had to be satisfied to be a Twins fan from afar. That is until last month when I was invited to play in a baseball tournament in Fort Myers, Florida, the spring training home of the Minnesota Twins, and the site of Hammond Stadium, a 9,300-seat facility where the Twins play their home games in February and March.

I have played baseball in one form or another every year of my life since I was a walk-on addition to a T-ball team at the age of 7. During recent years I have become steeped in the surprisingly vast adult baseball community, and during the 2019 season I found myself playing on three local Colorado teams and traveling to tournaments in Palm Springs, California (January), Las Vegas (March), San Diego (May), Rapid City, South Dakota (September) and Phoenix (October).

Around mid-summer I began to embrace the goal of playing 100 games in 2019, but my projections suggested that I would fall short of that goal by around 10 games. It was at that point that one of my baseball buddies mentioned that he was planning on going to Florida in November for the Roy Hobbs “World Series,” and offered to broker an invitation for me to play on a team called the Minnesota Goats. Not only would the addition of a trip to Florida enhance my chances of achieving my 100-game goal, but it would offer me the opportunity for an emotional journey back to my childhood on a team comprised of players from my hometown.

As it turned out, I felt an immediate sense of brotherhood with my Goats teammates that belied the 52 years that had passed since my last season as a Little Leaguer in St. Louis Park.

My month-long visit to Arizona in October had added 21 games to the 70 I had played prior to my annual 12-and-a-half hour journey from Boulder, and so I arrived in Fort Myers with 91 games under the black belt and gray pants I had packed to complement the yellow and gold Minnesota Goats jerseys I would be wearing during the coming fortnight. The first of two consecutive tournaments with the Goats began the following day, and six games later as the team’s leadoff hitter, shortstop and relief pitcher, we lost in the first round of the playoffs, and I had a couple of days off to enjoy riding my rented road bike in the warm, moist Southwest Florida climate.

With 97 games to my credit, 100 games was now a foregone conclusion, as Tournament No. 2 began. We lost the first game and won the second game, which set the stage for my 100th game of 2019. The baseball gods were smiling on me as that game was scheduled to be played at the aforementioned Hammond Stadium. And equally fateful was the fact that I was scheduled to be the starting pitcher that day for the Minnesota Goats in a matchup with the Nova Scotia Monarchs. I was going to pitch in the Twins’ stadium for my 100th game of the year!

During a conversation the night before the game with my wife, Mari, I was instructed to ask one of our fans in attendance to memorialize the auspicious event with photographs and perhaps a video or two (see the embedded video below), and just prior to the game I found a more-than-willing photographer in the stands, Noella Seaburg — the sister of my teammate, Joe Knaeble — who did a fantastic job.

The same sense of boyhood excitement that accompanied my first Twins game at the long-since demolished Metropolitan Stadium (“The Met”) in 1961 was with me that evening, as I tried — largely unsuccessfully — to get some sleep. But the next day I was raring to go as my friend/teammate/catcher/pitching coach, Bill Dettmann, and I jumped into our rented Jeep Compass and headed to the stadium.

Preparing to pitch involves a special series of protocols, beyond the typical ones associated with getting ready to play as a regular position player — dressing in uniform and cleats; preparing the bat with pine tar, a special, sticky substance that improves the batter’s grip; placing the helmet and batting gloves in one of the foot-and-a-half square cubbies at the end of the dugout; warming up by running, stretching and playing catch in the outfield to get the arm loosened up. Preparing to pitch includes all of those rituals plus two specifically timed “bullpen” sessions, during which the pitcher throws to a catcher from a mound to (hopefully) hone in on a variety of pitches — in my case, fastball, slider, curve and changeup — all thrown at various speeds and locations.

The timing of the last bullpen session was less than ideal on this particular occasion, as the Goats were the visiting team, meaning that I would not be able to complete my warmups and walk directly from the bullpen to the real mound, the one in the middle of the 9,300-seat stadium where the Twins — my Twins — play every spring to prepare for their season. Rather, my team would bat first, leaving a larger-than-ideal gap between the conclusion of my warmups and the bottom of the first inning, when I would throw my first pitch.

But the Goats turned lemons into lemonade as the visiting team by scoring four runs in the top of the first, sending me to the mound with a four-run lead. This served to render the solitary run the Monarchs scored in the bottom of the first inning insignificant, and as I walked to the dugout with the first inning jitters behind me, the scoreboard read: Goats 4, Monarchs 1.

Neither team scored in the second inning, the Goats added a run in the third, and the Monarchs answered with a run of their own in the bottom of that inning, making the score 5-2 as the game reached its pivotal moment in the bottom of the fifth. With the bases loaded and no outs, the Monarchs were threatening to take control of the game as No. 60 came to the plate. I was truly in a jam!

If the runners on base wound up scoring the game would be tied and up for grabs. My “fairy tale” was in jeopardy as I delivered the first pitch, a fastball for a called strike on the outside corner. Bill likes to mix it up, and we had already showed 60 a fastball, so my crafty catcher put down two fingers and set up on the outside corner for a slider. I wanted to make sure I didn’t throw it down the middle with the bases loaded, but I overcompensated and the pitch went low and outside for a ball. The count was now 1-1. In between pitches I noticed the runner on second base getting too big a lead, and I gestured to the second baseman to hold him closer, not wanting two runs to score if 60 should get a base hit.

The plot thickened as the next pitch, a fastball, was fouled off for strike two, followed by an inconsequential fastball that the hitter barely got a piece of, resulting in a harmless foul at the plate, but successfully buying him another pitch. With a 1-2 count, Bill figured 60 would be looking for an off-speed pitch, so he called for a high fastball, which was taken for ball two. We had shown this guy three fastballs, so we took a chance at a 3-2 count, which would open the door for walking in a run, and decided on another slider. It was a beauty, starting out over the plate and inducing a swing, but breaking down and away, resulting in a ground ball to third baseman Rod Friese.

Rod knew just what to do with the ball after fielding it expertly on two hops: He fired home to Bill for the force at home plate, after which Bill turned and threw to Larry Berg, who made an outstanding scoop at first base, completing the double play!

Things were looking up, but there was still some work to do with runners on second and third. With two outs, the runners could safely run on contact — meaning with any hit ball — and, therefore, even a single would likely score two runs and bring the Monarchs to within a run of tying the score at 5.

The next batter stepped into the batter’s box and dug in for the confrontation. With first base open, we could afford to take some chances, so Bill signalled for a slider. Obligingly, the batter went aggressively after the first pitch and hit a high popup in foul territory towards the Goats’ dugout on the first-base side.

For the uninitiated, there is an unwritten rule in baseball that prohibits the pitcher from catching a popup in the infield. Rather, the closest infielder or the catcher is designated to make plays of this nature. However, in this case it was immediately clear to me that I was the only one who had a shot at making this catch, and that my only chance would be to jump off the mound and sprint at top speed in the direction of our dugout.

Luckily, the ball was hit high enough to give me just enough time to race over and watch the ball disappear into the perfectly broken-in Rawlings infielder’s glove on my outstretched arm. Inning over! 5-2 lead preserved. A bases-loaded, no-outs jam averted!

The rest of the game was almost academic. Buoyed by the triumphant events of the preceding inning, the Goats scored three in the sixth, three more in the seventh and a whopping eight runs in the eighth, thereby invoking the “10-Run Rule,” aka, the “Mercy Rule,” under which the game is considered a complete game in the event that one team is ahead by a minimum of 10 runs after seven innings. In this case, the 19-2 score at the end of eight innings more than qualified.

The Goats went on to win the rest of our round-robin (pre-playoff) games, entering the single-elimination playoff rounds with a 5-1 record and the No. 1 seed. We won our first two playoff contests, but lost in the semifinal game, falling just one win short of a shot at the championship. I finished the year with 105 games, but the thrill of Game 100, pitching from the same mound as so many of my Twins heroes, is a feeling I will remember for the rest of my life.