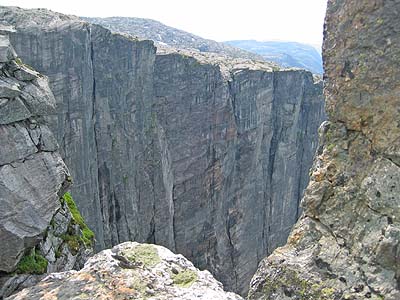 The Norwegian mountaineering community has lost
two of its finest with the deaths of Bjorn-Eivind Aartun and Stein-Ivar
Gravdal.

The two were attempting a new ice route on the big wall of Kjerag,
which rises more or less directly out of the Lysefjord in southwest
Norway.

When they didn’t return, a helicopter search was initiated, and on the
morning of February 10 the two climbers were spotted hanging upside down
on the face, motionless, and with considerable evidence of blood on the
ice below.

It’s surmised that they may have been hit by collapsing ice.