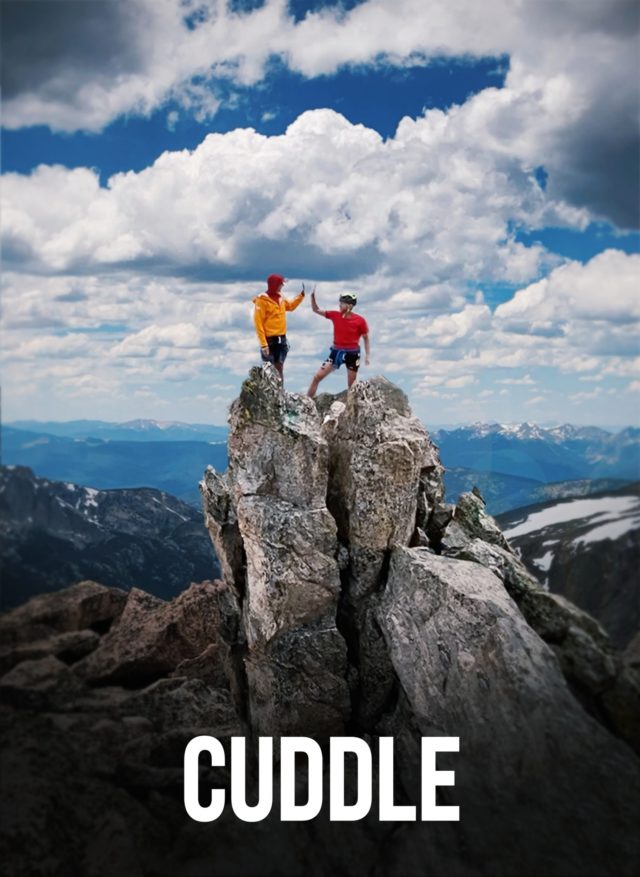 Tommy Caldwell had expected a long haul. He and Alex Honnold had embarked from the ranger station in Rocky Mountain National Park at 5:15 a.m. with the explicit intention of linking 17 of the most popular climbs in the park as fast as they could. It would be over 65 pitches, 20,000 vertical feet and 35 miles of nonstop mountaineering in some of the most iconic and challenging terrain Colorado has to offer, a route they called the Continental Divide Ultimate Linkup—or CDUL (pronounced cuddle).

What the professional climber and Estes Park local did not expect, however, was to end up climbing a wall with his friend in the dead of night, undersupplied, underdressed and using a phone tucked inside his hatband for a makeshift headlamp.

“We didn’t meet up with one of our support-crew people and we ended up climbing for like eight hours in the middle of the night in short-shorts and without food for a really long time. And we ran out of water for a really long time. And, you know, it definitely didn’t go perfectly,” Caldwell says. “It was one of the first experiences I’ve had that have been caught on film, at least, where I got my butt kicked a little bit.”

Despite the challenges, the power duo smashed the linkup. They completed the never-before-successfully-linked-in-full 35-mile route in 36 hours. It’s a bewildering accomplishment, says Cameron Martindell, marketing director of Neptune Mountaineering; and the film documenting it, Cuddle, is fantastic, he adds.

“It’s just classic Tommy and Alex, tongue in cheek, not taking themselves too seriously. But they are serious climbers, with some serious objectives,” Martindell says.

Cuddle premiered at the March 2022 Reel Rock tour and will air at the long-awaited May 5 return of Neptune Mountaineering’s Thursday Night Events series. Caldwell himself will be there to answer questions about the adventure and to talk about his new TC Pro climbing shoes—which he says accompanied him on the CDUL.

“The pandemic gave us a little pause there,” Martindell says of Neptune’s Thursday Night Events. “But we’re kicking off with a big name like Tommy Caldwell just to help energize the stoke.”

Martindell explains Neptune’s Thursday Night Events go back to the 1970s. Gary Neptune started them as a way to foster community and bring Boulder’s outdoor enthusiasts together. Now, their triumphant return marks the turning of a new page and the beginning of a new chapter.

And what better way to celebrate that than with a film about one of the most ambitious mountaineering linkups ever attempted in Colorado?

“We really didn’t think we were going to make a movie out of this one,” Caldwell says. He and Honnold have been on other big climbs together before, he explains; and they’ve gotten into the habit of shooting video clips throughout their adventures. In part for their own documentation, but also in case a video production company like Sender Films decides to make a short movie about it.

Which was exactly the case with Cuddle.

“It makes for these really authentic movies because we’re not actually trying to make movies,” Caldwell says with a chuckle. They simply provided Sender Films with the clips they recorded on their phones and the production company filled in the rest with post-production magic, B-roll and athlete interviews shot well-after the fact.

At Thursday’s event, Caldwell will of course be answering questions and talking about the film and the CDUL linkup adventure. But, he says, it’s also partly a place to debut the new iteration of the TC Pros, a climbing shoe he designed with La Sportiva. The same shoe he was wearing when he and Honnold took RMNP by storm.

“[The TC Pros] have a cult following and people totally geek out on them,” Caldwell says. “So we’re going to kind of give the lowdown on the redesign of the TC Pros [at Neptune’s event].”

This is just the beginning, Martindell adds. From this Thursday on, Neptune will be hosting other professional adventurers, as well as lesser known names, locals and Neptune staff members who have exciting and meaningful outdoor stories to share. They’re diversifying the lineup to include as much of the community as possible, he says.

“We want to inspire people to get out and adventure for themselves, and to set their own lofty goals,” Martindell says. Next Thursday, May 12, Neptune will host Jim Davidson, who was climbing Mount Everest in 2015 when Nepal was hit by a 7.5 magnitude earthquake, causing massive avalanches, mass destruction and trapping over 100 climbers—Davidson included—on the upper mountain. It’s a chance to hear an amazing story, to win a pair of LOWA hiking boots, and to support rebuilding efforts in the earthquake affected parts of Nepal. Tickets are available on Neptune’s website.

The May 5 event with Caldwell and the showing of Cuddle is already sold out, but hopeful attendees can still sign up for the waitlist online. And if you don’t make it, fear not: You can still stream Cuddle on your own at home, from the Reel Rock website. You’ll just miss the party.

“This is how we bring people together,” Martindell says, clearly excited for Thursday Night Events to return. “This is all about community.”