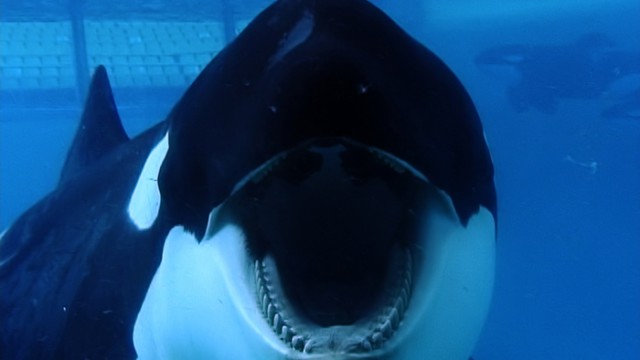 Eighth-grade field trips are not usually a cause of ethical dilemmas. But this year at Alexander Dawson School in Lafayette, the itinerary was questioned by 13-year-old student Phoebe Goldstein. Every spring the school offers a variety of educational trips to both domestic and international destinations. This year, one option was going to San Diego to study species diversity with a stop at SeaWorld. As an animal activist, Phoebe was vehemently against supporting SeaWorld and made it her mission to eliminate that excursion. Officials at the school took notice, and worked with Phoebe, ultimately deciding to remove the outing.

Phoebe grew up in New Jersey and spent her time near the ocean, where she fell in love with marine life. When she moved to Boulder two years ago, she vowed to continue fighting for animal rights. Phoebe draws parallels from her own life to the lives of captive animals. With ADHD, she finds it hard to sit and focus at school, but when she goes to camp, she’s allowed to run free and be loud.

“When animals are in captivity, they’re not themselves,” Phoebe says. “It’s basically like putting a human in a chair and strapping them down forever. I can’t even imagine that. It’s so sad. I think I can really relate to these animals. They have it way worse than me obviously, but I can understand.”

There are two documentaries specifically that have fueled Phoebe’s SeaWorld angst, one of them being The Cove, which sheds light on the dolphin massacres that happen in Japan. Phoebe’s first taste of activism was in August when she attended the Dolphin Day protest in Denver against the Japanese dolphin killings. Since then, she knew she wanted to continue with her advocacy.

The other documentary that inspired her was Blackfish, the 2013 film about orcas at SeaWorld. Blackfish delves into the death of SeaWorld trainer Dawn Brancheau, who was killed by one of the park’s orcas. The film lists several grievances with the park, including the separation of orca families, constraining orcas to small tanks and also how captivity can lead to aggressive behavior in the killer whales.

Since Blackfish’s release, SeaWorld has received a slew of bad press. Bands including The Barenaked Ladies, Willie Nelson and Heart have all cancelled shows and others have spoken out against the company. In August, SeaWorld’s stock prices plunged more than 30 percent in one day after it announced its secondquarter earnings. According to its third-quarter reports, compared to last year, SeaWorld’s net income is down more than $30 million, attendance has declined by half a million visitors and revenue has fallen 8 percent.

People for the Ethical Treatment of Animals (PETA) has been working against SeaWorld since 1998. Nina Kahn, a coordinator for PETA, says everything about an orca’s life at SeaWorld is cruel, from the unnatural way that they’re bred to the small tanks that they’re confined to for their entire lives.

“They’re really deprived of everything that’s natural to them,” Kahn says. “Orcas are separated  from their families, they’re trapped in tiny chemically treated concrete pools, and they’re forced to perform these ridiculous tricks for food. Supporting SeaWorld in any way sends the dangerous message that it’s OK to abuse animals for entertainment.”

When Phoebe heard her school wanted to go to the park, she immediately snapped into action and took her concerns to the administration. She says she believes that kids can have a powerful voice as activists.

“Kids are the future of the human race,” Phoebe says. “If people see that kids are getting involved and see that kids are caring at this young of an age, it shows them that they can put their trust in our hands.”

George Moore, Dawson’s head of school, taught Phoebe’s math class last year and describes her as positive and enthusiastic. Moore worked closely with Phoebe about revising the trip itinerary. He encouraged her to meet with the school director and trip chaperones to voice her concerns.

“As we like to do as educators, I turned the question on her,” Moore says. “I asked her what she thinks we should do, and how could this be an educational opportunity in terms of advocating for something you’re passionate about and also an educational opportunity for the community. It would have been easy to just say, ‘We’re not going,’ but I didn’t feel that was the best solution.”

Kahn says more and more young people are getting involved with the campaign against SeaWorld. PETA has acknowledged several students who have had field trips cancelled or started petitions.

“I think young people are naturally compassionate toward animals so we have kids who do a ton of things to speak up for animals — posting info on their social media or speaking up at school,” she says.

Director of Blackfish Gabriela Cowperthwaite said in an emailed statement that she thought the film would stir people, but was surprised it hit such a nerve. She says she couldn’t predict that people would feel called to action.

“I call this generation of kids the ‘I can’t believe we used to do that’ generation,” Cowperthwaite says. “Phoebe is a leader. It takes more than watching a movie. Someone has to take that experience and put it to work. That’s where people like Phoebe come in. What an awesome girl.”

Moore calls the SeaWorld debate a polarizing issue. Students have enjoyed the field trip in the past, but Phoebe’s concerns prompted the school to reconsider. He says they want to respect their student’s beliefs and want them to feel free to express themselves.

“We encourage our kids to not only find their passions, but also to find ways to not wait until you’re an adult to try to make a difference or try to create something,” Moore says. “When the opportunity arises, we encourage them to take advantage of that.”

The Dawson school cancellation is not an isolated event; there have been several schools across the country cancelling field trips. Moore says the community was supportive of Phoebe, but it was not a uniform opinion. He notes that while there’s been criticism against SeaWorld, it does positive things as well.

Fred Jacobs, vice president of communications for SeaWorld, says the recent backlash toward the company is unfortunate. He has worked for the company for over 20 years, and he calls Blackfish propaganda that is very misleading and dishonest.

On its website, SeaWorld refutes several of the film’s accusations including that it separates families or keeps any information from its trainers. It claims the documentary deceives the viewer by mismatching footage and narrative, and the film also speaks with certain trainers who haven’t worked at SeaWorld for several years. SeaWorld also highlights its charity efforts for whales in the wild and its work with rescuing animals.

Jacobs, who says he’s seen Blackfish dozens of times, says he wishes he could watch the movie with every kid in America to have a conversation about the film. For any doubters of the park, his best suggestion is to gather your own evidence.

“Watch Blackfish if you care to and listen to PETA if you want,” he says. “But pay us a visit if you have any doubts at all. Come see for yourself. And if you still don’t like the idea of the killer whales living at SeaWorld, you’ve operated in good faith, and that’s all we ask for.”

In August, SeaWorld announced its next endeavor called the Blue World Project, in which it plans to double its tank size from 5 million gallons to 10 million, with a 40-foot viewing area for guests. It will also add new features including a kind of whale treadmill where whales can swim against a current to get exercise and stimulation. It plans to break ground next summer in San Diego.

That’s not enough for SeaWorld’s critics. Cowperthwaite says it is a dodgy public relations move and questions where SeaWorld will get the money. Kahn says PETA’s stance is that a bigger prison cell is still a prison cell. The ultimate goal for activists is to release the orcas into open ocean pens.

“PETA hopes that SeaWorld will fund some seaside sanctuaries so that these orcas no longer have to perform, and they can be with their families, and swim freely to live out the rest of their lives in the most natural setting possible,” Kahn says.

This course of action does not seem to be in SeaWorld’s future. Jacobs says that it’s unnecessary and would suggest SeaWorld is doing something wrong. He also says that there are several problems with that solution.

“The main problem is virtually all our animals were born in our parks,” Jacobs says. “They’re healthy and welladapted and live long lives. There’s no evidence that they don’t adapt well. You can hold that opinion if you want to. We hold a different one that comes from 50 years of experience.”

Regardless of what happens, Phoebe says she isn’t done with activism yet. She hopes to continue fighting for animal rights and wants to move to Japan when she’s older.

“When I started all this, I was a newbie,” she says. “Even if I didn’t get noticed by anyone, I’d still want to make a difference. I want to do as much as I can for these animals. Everything little thing counts.”