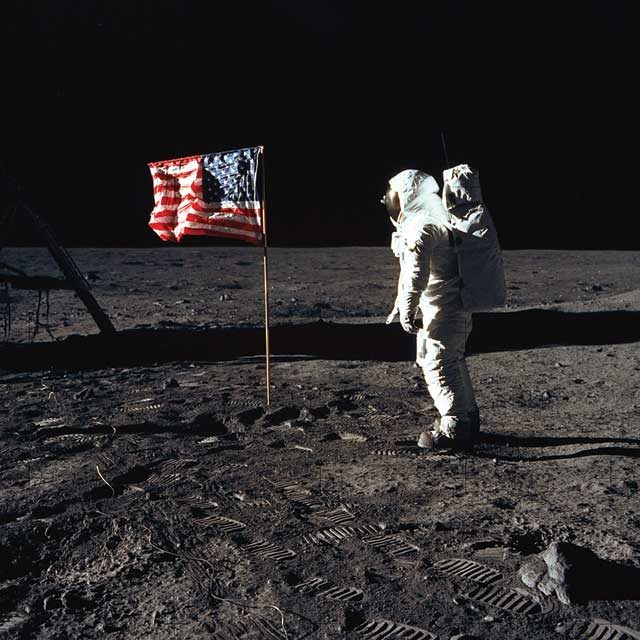 A while back, astronaut “Buzz” Aldrin, the second man on the moon, asked people old enough to remember to write him about where they were when Apollo 11 landed on July 20, 1969.

Former Boulder City Councilman and builder Bob White has a terrific story about that. He was in an indigenous village high in the Bolivian Andes. Why and how he got there makes the story all the cooler.

(The story appears in his book, titled The Trip.)

The yarn begins in 1968, when White, then an undergraduate at University of Colorado Boulder, agreed to drive a pal to Alaska at the end of the spring semester. His buddy had a job on a fishing boat lined up. Bob figured he could find summer work in Fairbanks as a carpenter.

So they set off in Bob’s 1962 4×4 Chevy pickup for Alaska. They had a few adventures along the way, including the de rigueur encounter with a bear and a harrowing drive across the melting ice of the Yukon River; the locals in Dawson were betting on whether they would make it.

Bob dropped off his pal in Anchorage and headed to Fairbanks to look for work.

There wasn’t any, so he headed farther north on the Alcan Highway to the town of Circle, just south of the Arctic Circle. No work there either.

That’s when he realized that a) he had driven as far north as he could go on a road connected to the rest of the world, and b) he was out of money, food, gas and options.

So he decided to drive to Tierra del Fuego.

And a few minutes after making the decision, a couple of discouraged hikers emerged magically from the woods looking for a ride home and willing to pay for it. “Home” happened to be Portland. It turned out there was lots of construction work in Portland. Good thing, too. Driving to Tierra del Fuego takes money.

So come spring 1969, Bob and two companions set out for Ultima Thule South.

Bob tried his hand at bullfighting in Mexico. The bull won. Fortunately it spared him.

Bob and his companions dined on the heads of capybaras (a large, semi-domesticated rodent) with the Los Indios de los Colorado tribe, which the locals had described as “headhunters.” The chief showed his guests how to suck out the eyeballs and brains.

They arrived at the Honduran-El Salvador border as a cross-border fire fight was breaking out and were pinned down for hours.

At a Panama City bar, Bob got drunk with Thor Heyerdahl, the Norwegian adventurer who in 1947 had sailed a balsa log raft named Kon-Tiki 4,300 miles from Peru to Puka Puka in the South Sea Islands. Then Heyerdahl showed Bob his latest vessel — a reed ship like those of the ancient Egyptians that he intended to sail across the Atlantic.

By July 20, 1969, the intrepid trio had worked their way into the Bolivian Andes, and were seriously lost in them.

“We were driving across the high Alto Plano when suddenly one of the guys turned on the radio, which we had not bothered to try for ages, and the overseas U.S. military broadcast of the [moon] landing came on,” Bob wrote. “At the same moment we came over a rise and there was a remote stone Indian village…”

After a while the inhabitants gathered around the truck with the three bearded gringos glued to the radio.

“It was one of those rare days when the moon is still visible in the sky during the day,” Bob said. “I proceeded to translate in Spanish what was happening on the moon. Yes, I told them, we were, that very moment, walking on the moon, which I pointed to for full effect… I guess not wanting to hurt our feelings they all just nodded their heads, but the look of disbelief was in their eyes. I realized I was a time traveler for them…”

And then the strangers’ real magic show began.

“While our native friends were recovering from the moon story, one of our guys happened to pull out a frisbee we had in the truck and flung it to the other guy… our new friends were amazed. … We passed it to one of [the kids]. In an instant he passed it to one of his little friends and in minutes a big round robin of new frisbee players was born…”

Then Bob pulled out a tape recorder and asked the kids to say or sing something. The kids sang one of their local songs, which he recorded and then, to their amazement played back to them.

“If you think the children were astonished; you should have seen the adults,” Bob said. “I’m sure I could have started a religion around the recorder…”

And then came the pièce de résistance, the Polaroid instant camera.

“I lined up the head men of the village with the chief in the center, for full effect and proper position,” Bob said.

“These Polaroids did not give you a picture right away. First a muddy piece of paper rolled out of the bottom of the camera, and then you held the paper by the edges for a few minutes as it developed.

“I had the men gather around me as I held the paper. Then slowly but surely the image appeared…

“What was amazing was that the chief and the others did not recognize themselves but recognized the guy standing beside them, then realized that must be ‘me’ next to him…

“That night they had a great fiesta for us and we ate a lot of something unrecognizable, but tasty.”

My favorite “class” in elementary school was always show-and-tell. I can’t think of a more profoundly appropriate — and American — way to have marked the moment Armstrong and Aldrin walked on the moon than with an impromptu show-and-tell class staged by three gringos who had never been in the Peace Corps for children (of all ages) who have never been to school.

(And yes, Bob did reach Tierra del Fuego. But for the rest of the story, you’ll have to buy his book.)