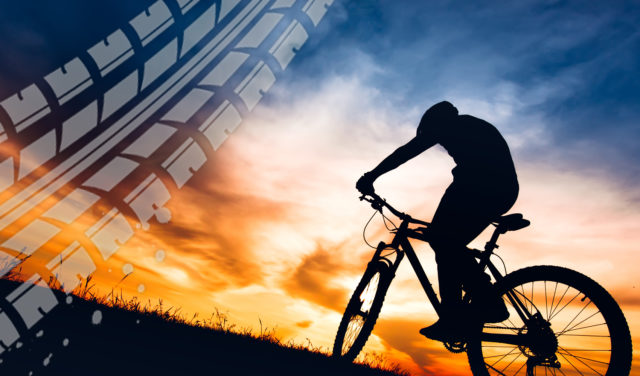 It was rocky riding for mountain bikers in Boulder in the ’80s — in 1983, City Council voted 8-1 to prohibit “non-motorized” bikes on trails, fire access roads and other unimproved roads in city parks and open space. Just four years later, the City Open Space Board closed 12 more trails of the 16 still open to mountain bikes.

Arguments against the “wide-tired” bike riders rang out from the Flatirons. From the hikers: They’ll run over us! From the preservationists: They’ll run over the flowers! But the people on mountain bikes had no intentions of hurting anything or anybody; they just wanted access to places where riding was legal and accepted. So they did what any small group of thoughtful, committed citizens would do: They formed the Boulder Offroad Alliance (BOA). The group’s current iteration, the Boulder Mountainbike Alliance (BMA), celebrates 25 years of advocacy, trail building and community engagement this year, capping off its quarter century of work with a fundraiser on June 18.

BMA’s annual Spring Soiree kicks off the summer riding season at the Roadhouse Boulder Depot with food, beer and dancing, as well as a raffle and silent auction featuring some epic rides (e.g., a Yeti ASR Enduro GX mountain bike) and a fully supported three-day mountain bike trip to Crested Butte. All proceeds benefit the group’s efforts to build and improve local trails.

“The party is a great way to celebrate BMA’s recent and past accomplishments, but also to enjoy our mountain biking community and inspire one another to keep the momentum strong for trail building projects in our area,” says Steve Watts, executive director of BMA.

But back in the ’80s, the organization’s first order of business was off-trail.

“We were building relationships with the City, County and Forest Service, which hadn’t been done by the mountain bike community,” says Kent Young, BOA’s first board president. “Mountain biking was in its infancy, and it was our effort to create a responsible face and a reasonable presence to bring to the table.”

The group hoped to achieve this by working on-trail — both increasing access to existing trails and designing and building new ones. The volunteers who showed up at some of BOA’s early work projects at Walker Ranch and Rabbit Mountain were a bellwether of the organization’s ability to rally people around trail-building events in the future.

In 1991, Tony Boone, the resource specialist for Boulder County Parks and Open Space, wrote a letter to the editor of the Daily Camera praising the newly formed advocacy group for their enthusiasm working on the Columbine Trail at Walker Ranch.

“With the organization of BOA, a positive voice for the mountain bike community may now be heard, and most importantly gain the respect and credibility from the general public and resource management agencies to play an active role in the future of mountain biking in Boulder County,” Boone wrote.

Was such a dramatic shift in the local land management agency attitude possible after mountain bikers were all but forcibly removed off the trails just years before? Boone’s letter implied that mountain biking did have a future in Boulder, and more importantly, that his agency would work with the riders themselves in creating it.

Boone, however, was an anomaly among the agencies charged with managing Boulder’s public lands; the culture of open space continued to reflect a staunch anti-development ethos, one in which trails were akin to sidewalks and subdivisions. It became clear to some members of BOA that sweat equity on already-planned county trailwork projects was not going to be enough to get mountain bikers — and other recreationalists — a permanent seat at the table.

“In ’97, I realized that we needed to get political and push harder on the agencies because we weren’t getting anywhere in the management planning,” he says. “In 2000, we became a 501c4 (a non-profit that engages in substantial lobbying activities), and it’s made a difference. We started creating coalitions with other recreation groups — climbers, hikers, equestrians, dog walkers — and have collaborated with them politically over the years. It got us on the radar of the City and the County.”

Although the public is invited to comment at the meetings and hearings regarding management of public lands, it can be daunting to show up in a crowded room or to even know when and where the conversations are occurring. One of BMA’s greatest strengths lies in its leadership to its constituency: They get the word out so folks know when meetings are and how to speak at them. In recent years, BMA has facilitated the involvement of hundreds of people in the discussions about recreation on public lands.

The Wild Turkey trail at Heil Valley Ranch is perhaps the best example of the power of public comment and the perseverance of BMA; the trail today differs dramatically from what the Boulder County Parks and Open Space initially proposed in 2004.

“They said, ‘We’re gonna make a quarter-mile trail,’ and we said, ‘What?’” Barrow remembers. “350 emails from our group later, they came back and said, ‘OK, maybe we’ll do a little more — we’ll do three-quarters to 1 mile.’ Another 350 emails came along, and they came back and said, ‘We’re going to maximize the recreation experience in the space made available for its use.’  That was what we wanted to hear.”

It was a watershed moment in the history of the County Open Space program, which had never prioritized recreation before. BMA was quick to capitalize on the shift and wedged a tire firmly in the door. They hired professional trail consultants from the International Mountain Bicycling Association (IMBA) to work with County trail crews to design and build the new trail.

“Wild Turkey would be 4-feet wide if it weren’t for BMA,” says Michael Rutter, trails volunteer coordinator for Boulder County Parks and Open Space. “We made it 2-feet wide and used IMBA’s ‘rolling contour’ design, so it was really our first singletrack. It’s sustainable, and everyone loves it.”

BMA’s commitment to increasing the quality and quantity of mountain biking in Boulder County has inspired its constituency of members, including business partners who can often help garner funds for projects.

Chad Melis, marketing director for Oskar Blues, one of BMA’s most loyal supporters, says it’s easy to support an organization whose values align so closely with the culture of the brewery itself — bikes compete with cars for parking at the iconic Lyons’ destination.

“Oskar Blues started in Lyons, and at the core of our culture and why people work for us is our access to trails and love of the outdoors,” he says.

Last year, a matching donation from Oskar Blues’ Can’d Aid Foundation augmented a grant so that three BMA projects — trail repair on Sourdough and Buchanan Pass and trail maintenance on School Bus — could be completed quickly and efficiently. Every example of an improved or additional riding experience in Boulder County illustrates the same fact: BMA makes things happen, even when — or despite the fact that — there’s usually a long uphill climb to get there.

In the week leading up to the fundraiser, the group will have plenty of non-party related business to tend to — they’re busy writing grants for the Magnolia Trails Project (near Nederland), and they’ll have built part of the new loop trail at Heil 2 on National Trails Day and have represented their interests at a City Council hearing on the proposed North Sky trail. By the time the soiree rolls around, they’ll definitely deserve a beer and some birthday cake. Or better yet, a bike ride.