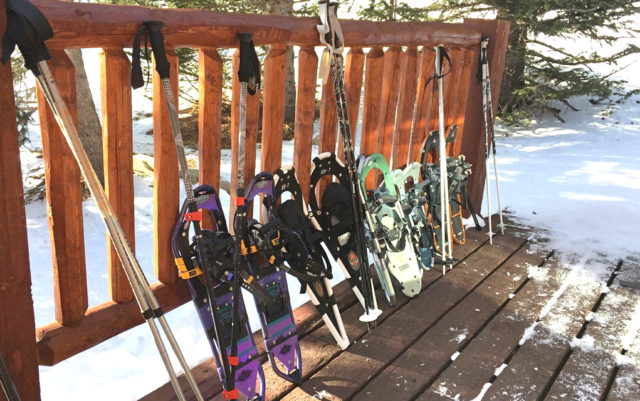 It began with whine. And ended with wine. Little did I know how one would flow into the other as two excursions to Francie’s Cabin — a Tenth Mountain Division Hut in Breckenridge — bookended a life-changing epiphany, decision and move.

Last summer, I was living with my husband, Carlton, and our two children in Shelburne, Vermont, a town just south of Burlington, which is the East Coast’s version of Boulder (brick pedestrian mall and all). We came out to Colorado for a weeklong vacation around the Fourth of July, deciding to spend a night backpacking up to Francie’s, four miles south of Breckenridge in the Crystal Lakes Basin. It was our first time as a family doing an overnight hike, and we were excited as we shopped for provisions at King Soopers and packed up the necessities: sleeping bags, sunscreen, trail mix, headlamps, books and a game of Uno.

Oh no. After parking our rental at the trailhead in Breckenridge, we were only 10 minutes into the hike when my then 10-year-old daughter, Dillon, started asking the dreaded question: “Dad, how much longer?” We stopped to drink some water and munch on some trail mix and gently explained that it would be about 2 hours. Another couple hundred yards and the whining began again as the altitude hit and Dillon panicked that she wasn’t breathing right. By this point, I was already tired, too, and fantasized about taking her to the nearest hotel in Breckenridge for the night: We’d find a pool, and a spa, and a nice restaurant…

No way. Carlton had carefully planned this trip, dammit, and we were going to Francie’s. So we took turns shouldering her pack, and took our time up the Spruce Creek Trail, diverting attentions from the altitude and the heat by reminiscing about hikes and cross-country ski trips we’d taken in Vermont. Our son Harper, then 8, forged ahead with Carlton. When the trail became steeper, we knew we were getting close, and finally glimpsed Francie’s. Built in 1994, the cabin is named for a former Breckenridge resident, Frances Lockwood Bailey, who died in a plane crash in 1989. We learned this after gleefully unclipping our packs and foraging for the lunch we’d brought: squished turkey and veggie wraps.

Francie’s has six bunkrooms that can sleep up to 20 on two floors, and we scouted out the options before deciding that the downstairs option closest to the wood burning stove, the kitchen and the indoor composting toilet would be best. Smart move, as the stream water is not potable, and there was certainly potential for emergency restroom trips, despite our best efforts to boil the heck out of the water.

In fact, that was the chief entertainment for the kids, too pooped to hike anymore. That afternoon and evening, they carted water back and forth from the stream, boiled it, let it cool, poured it into water bottles and drank it. As simple as that. There were puzzles, card games and books — not to mention lakes and mountains — beckoning us, but watching a pot boil was all it took for some fun.

To our surprise, another family, from Minnesota, showed up just as we were making plans for dinner (boiling Bear Creek soup). They looked surprised, too, and Minnesota-nice turned not-so-nice the next morning as we argued over who had left trash behind. In the meantime, we recruited the youngest daughter for a game of Uno, and I watched her and Dillon do cartwheels as I pulled out my needlepoint.

Just before dusk, Carlton hiked up to the closest lake as I did the final dinner prep (pulling out cheese, crackers and Slim Jims). When he returned, we sat on a rock outside of the kids’ earshot and talked. And talked. Born in Boulder, Carlton was yearning for a return to the Rockies, and his hike up to the lake had convinced him that now was the time. OK, I said, I’ll consider it. In the back of my mind, however, I was skeptical as we went back inside the cabin and surreptitiously sipped wine from a small Bota box I’d brought. We’d never leave our friends in Vermont, our house, the kids’ school…

Flash forward five and a half months. I’m sitting in the exact same spot, openly sipping wine from one of several large Bota bags that 17 women have carted up. In the snow. On snowshoes. And playing a very raunchy round of Cards Against Humanity. And sharing a bunk with Carlton’s former babysitter. And wondering how Carlton and the kids might be sleeping in our home — in Louisville, Colorado. 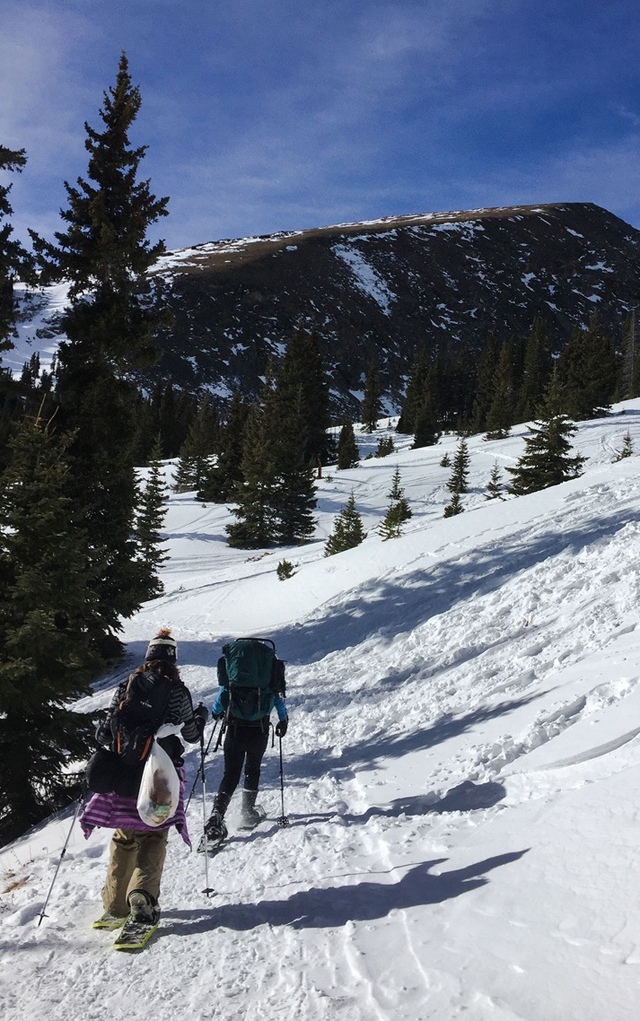 What the heck? It was a surreal moment of small-world-meets-destiny, and it was a perfect example of how the best outdoor adventures are a brown-paper grab-bag of surprises. It happened because of a change of heart — and because of my now-9-year-old son, Harper. Rewind back to July, and Carlton left separately to take the longer trail back to Breckenridge while I shepherded the kids to the car at the trailhead. When we met in town, hazed by fire, I could see how elated Carlton was from his time alone in the mountains, and felt a softening inside. Surely I could give up Vermont for this? A few weeks later, Carlton had begun his job search, and by September, had an offer from a tech start-up to start a remote position from anywhere in the U.S.

Colorado it would be, and after breaking the news to the kids, we cast a wide home-search net and found a rental in Louisville. Move-in was Thanksgiving week, with school starting the following Monday. By Tuesday, Harper had a new buddy, and the new buddy’s mom came over one afternoon to welcome us to the neighborhood and invite us to the holiday open house.

At the open house, I found myself chatting with a few women about running, hiking, skiing and they told me about an upcoming backcountry snowshoe trip they’d be taking just before Christmas. Where to? Francie’s. I laughed. Of course.

That Sunday morning of the snowshoe trip, I nearly bailed on the whole thing. It was early, I was tired from unpacking, and I didn’t know a single one of these women. What had I been thinking? But I stumbled out the door and to the meeting spot, where I nervously munched on bagels before the drive to Breckenridge. Once we arrived at a friend’s house to park cars, things began to look up, as our trip leader set out a line of 17 FYR shots to officially kick off the trip. It was 9 a.m. Then, snowshoes on, I found myself in the line of women clomp-clomping up for the 4-hour hike. There wasn’t much whining about altitude this time around, as talk turned instead towards our various backgrounds. During a break for cheese and crackers, I mentioned that my husband, Carlton, had grown up in Boulder.

“Carlton Dunn?” said one of my fellow hikers named Jenny. “I used to babysit him!” We laughed. (Carlton is five years my junior, so it’s not quite as strange as it seems that someone exactly my age might have been his babysitter.) And then the world became even smaller, as another woman revealed she’d worked with Carlton, and yet another had gone to the same school in Washington, D.C. as my mother.

Was it written in the stars? I’m not sure, but as we went out on the deck of Francie’s that December night to look at the stars — the entire Milky Way painted a bright white against the pitch-black canvas of the night sky thanks to our booking on a new moon — I knew that thousands of miles from the 15 years in the Green Mountains, I had found home. But enough of that. There were pots of boiling water to watch!