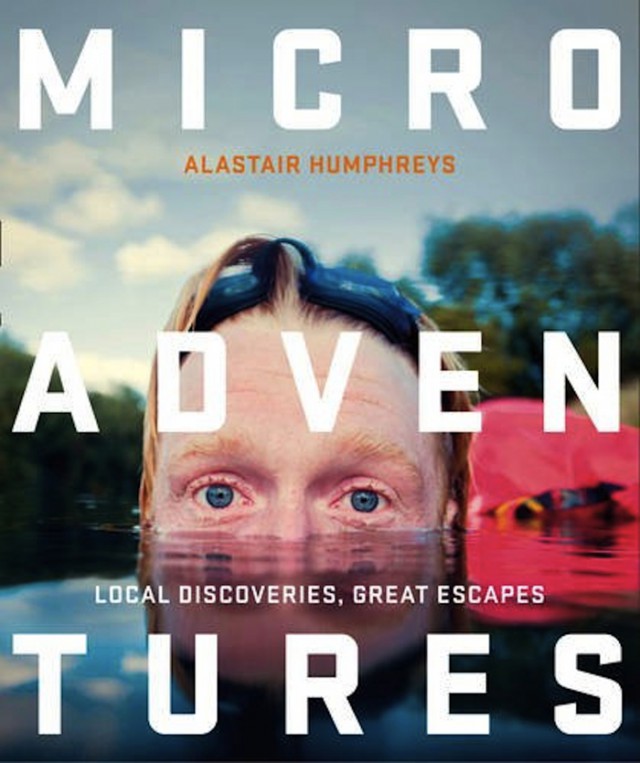 There is a rumor (online, at least) that Europeans scoff at the low number of Americans who hold passports. As the joke goes, Americans are world-fearing, isolated workaholics who would prefer to squeeze in an extra 15 hours of work a week than vacation for five weeks in Tuscany.

While we can’t vouch for the validity of that rumor, it is true that roughly 40 percent of Americans hold passports and yet nearly 75 percent of the United Kingdom citizens and more than 60 percent of Canadians do, according to each country’s respective passport websites. It is also true that Americans spend more time working than any other industrialized nation, according to the International Labor Organization.

These discrepancies between the United States and other developed countries are complex issues and there is a range of speculations as to why Americans spend more time working and less time traveling.

Take a gander at online forums with back-andforth chatter between Americans and Europeans, and there is a host of suggested reasons: because the United States is a huge country and it contains a bit of everything — deserts and mountains and oceans and forests — Americans don’t need to travel abroad and so don’t need as much vacation time; because the American spirit is about work and not play, long vacations are for the weak; because Americans are fueled by sensational news media, they view the non- American world as a cesspool of Ebola and anarchy (interestingly, a host on the Bill O’Reilly Factor in  December 2008 perpetuated this view when she told the American public that Amsterdam is a “cesspool of corruption, crime” and said, “everything there is out of control”). With those views, why would an American hop the pond?

For 26-year-old Boulder resident Ginger Kern, who fell in love with traveling at the age of 14 while overlooking Italy’s largest lake surrounded by picturesque, red-roofed cottages, not traveling is heresy. She thinks more Americans would do it if they weren’t so afraid.

“There is very little to actually be afraid of,” she says. “Of course, I can say that all I want, but people won’t believe me until they experience it themselves. I lived overseas for three years and traveled to 25 countries. I have never been mugged, never been assaulted and never been kidnapped. Either I have exceptionally good common sense or it’s not as dangerous as people make it out to be.”

Kern’s philosophy is that — usually — bad things don’t happen just because a person steps out of their comfort zone.

“Of course I have had friends who were mugged or had bad experiences while traveling, but that can happen anywhere,” she says.

Kern will deliver a TEDx talk on Oct. 4 at TEDx Brookings in South Dakota where she will encourage everyone to apply for a passport as soon as possible, whether or not they have a trip planned.

Having the passport, she says, makes it easier to throw caution to the wind when a travel opportunity does arise. Having it is also eliminates the excuse of not traveling because of not having a passport.

But Kern’s mission is bigger than passports. Though she isn’t the first, Kern wants to introduce a new paradigm for what it means to travel.

Often pitched as the quintessential escape for those with money, travel is not just about going to Italy, says Kern. Travel is also a mindset, one that is accessible to every pocketbook.

Her mission is to encourage the general public to cultivate the traveler’s mindset in their everyday lives, even if they aren’t able to travel abroad that often, if ever — whether because they work too much, make too little money or are too afraid.

“People use vacations as escapes,” says Kern. “But I believe that humans are able to stay in the traveler’s through mindset all the time. It is as simple and complicated as choosing it, especially choosing to view discomfort as fun.”

Not that daily life should be all about discomfort and fear, but a healthy dose goes a long way, says Kern.

“The reason people don’t talk to strangers or they say no to invitations extended by other people on a daily basis is because of an underlying fear,” she says.

“When I approach people with openness and honesty, they usually live up to it. They step into that space, affirming my hope about the goodness of human nature,” she says.

Kern’s preoccupation is with people who know what it is like to feel bold abroad and yet still come home and play it safe with old routines. To help people step out of their comfort zones even in their daily lives, she thinks of a map people can consider even while at their local grocery store or park or coffee shop.

It is a three circle map and it goes like this: the inner circle is a person’s “comfort zone,” the circle around that is their “reach zone” and the outermost circle is their “panic zone.”

Kern says it is necessary to be in the “reach zone” at least once per day, whether that means taking a new route to work, talking to a stranger at the bus stop or going on any number of microadventures. It doesn’t matter how people do it, just that they do it, she says.

In fact, microadventures may be the perfect solution for the tender American who is either overworked or afraid of realities abroad. They require little time, little money and usually happen in the vicinity of home. There is a whole movement for microadventuring.

Written by U.K. author Alastair Humphreys, the book Microadventures: Local Discoveries for Great Escapes and an accompanying blog list 5 p.m. to 9 a.m. adventures anyone can do.

So the concept Kern is stressing is not a new concept, not even at TEDx, says Kern. Humphreys spoke at TEDx Oxbridge, wearing a t-shirt that said “time not cash” and encouraged the audience to take microadventures.

Humphreys spent a year doing only microadventures in the U.K. The 16 hours between the end of a workday and the start of the next, he says, is time enough for him to do things like run up a tall hill in the town where he lives, jump in the lake, sleep in a tent and then run back down to make it to work by 9 a.m. the next day.

Ultimately, Kern wants to be part of the movement encouraging people to be adventurous, to step outside of their habitual lives and engage the world with curiosity.

“Routine causes stagnation,” she says. “Start wherever you’re at, as small as your resources are. I read about a woman who couldn’t physically travel for whatever reason, but she decided to cook a meal from a different culture every day for her daughter for one year. That is a beautiful way of taking action to seek out something that is new, and sharing that cultural knowledge with her child is so great. It’s been proven that having a pursuit in life makes people happy, and that adding quests to life brings meaning.”