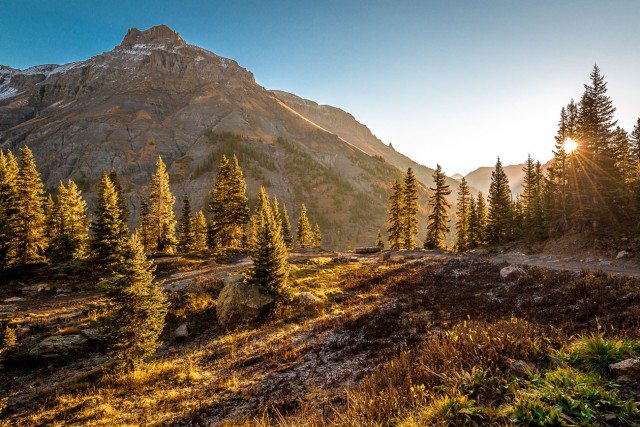 I had the best cubicle job in the world. Which is like boasting about being the world’s tallest midget.

I have nothing bad to say about the award-winning company within whose cube I labored. Great travel benefits, interesting co-workers, good pay, dog-friendly work environment, flexible hours, plenty of emphasis on work-life balance, raucous parties and a nice dental plan. The cubicle itself, while windowless, was well-lit, roomy and had spongy walls where I could tack photos of all the places I’d rather be and things I’d rather be doing. What I actually did there is largely irrelevant.

As many members of the print media market began to flounder in the digital age, it became increasingly difficult to make a healthy living as a writer. Some mid-sized and small magazines dried up, withered away by advertisers shifting their marketing budgets to the vague Internet landscape. Larger magazines and newspapers survived, but many did so by drastically cutting their budgets and laying off established editors, photographers and writers (i.e. the recent Chicago Sun-Times merciless cut of its entire photojournalism department). Freelance rates plunged as well. Publications that once paid $1 per word were now offering 35 cents a word — and the competition from desperate writers was high.

Or, to put it into perspective, imagine having to work twice as hard at your profession and taking a 65 percent pay cut.

I was making a decent living with freelance work (in itself an accomplishment) but I saw the writing on the wall in the form of dwindling bank accounts and increased antacid consumption.

When I landed the cube job, I was grateful to be out of the competitive fray for a bit. I felt sheltered from the posturing and bargaining that had become the norm in the writing world. In my gainfully employed sanctuary, I could ride out the storm until the world realized that solid, well-written content is indeed a skill and the demand for it would even out the market. I was off the hook and could easily settle into the fertile soil of the American Dream.

The only thing standing between the complete merger of myself and corporate bliss was a persistent internal hourglass. You know the one. It measures and evaluates the roles we assume in life. We flip it over and begin the countdown with every new scenario: first dates, bad movies, at the DMV and of course, at work. When the sands run out, the audition is over. We must go all in or opt out. We must become our new selves or abort. Penalties may apply.

Mildly creative people like myself have a preordained, limited tolerance for controlled environments. (For the record, really creative people seem to thrive no matter where you put them. They could find joy in scraping the gum off a bus station floor, those adaptable bastards.) Had I a different vision for my life, one would say I had arrived. Yet, a nagging and restless sentiment voiced by a vaguely familiar provocateur was as persistent as a well-dressed devil on my shoulder. This rascally agent would smite my joy at a well-executed Excel spreadsheet, mock my enthusiasm for being a team player and downright ridicule my declaration that hitting some unfairly imposed deadline would be “no problem.” No matter how much Internet traffic was coerced to our website, no matter how robust our sales numbers were, I could never fully buy into those achievements with the same satisfaction I had in other things, like climbing a mountain, teaching my dog to snag a frisbee mid-air or even flawlessly wrapping a burrito. I’d rate the satisfaction in my job on par with getting a birthday card from your car dealership. Nice, but impersonal.

When I decided to walk away from the job a year and a half ago, I mentioned to my boss that I may potentially be leaving the company. I explained my plan of phasing out my duties over a four month period. He did me one better and gave me four hours to get the phase out, and so I did.

The reactions of my departure were reflections of the strange zeitgeist of a post-9/11 America. The most stinging came from those who accused me of downright arrogance and privilege. Who was I to leave a great job when so many people couldn’t find work? At first their shame hit a deep chord. I was completely spent. Though I was more proficient and skilled than ever at my position, it was of little use to me (or the company) to put on a facade of enthusiasm. I was angry at the criticism because it implied I was averse to hard work and it completely discounted my ongoing writing career, which served as a frayed but intact safety net. I had not abandoned writing while in the safe confines of the cube, but I had scaled it back. Now it was time to shift the backup to the primary, which really had been the plan all along (until the market collapsed). While I understood the rational critique of leaving a good job, I’ve always been involuntarily aligned with those dreamers who have tasted just enough of a better world to be foolish enough to pursue it. I heard the echoes of Salman Rushdie in my head: “After my first successful book came out I had seven good years follow, which is seven more than is afforded to most writers.”

It felt like I had been lured into a cult of idealistic weirdos, the kind of people who would trade in the car they just won for whatever was in the mystery box. On paper, no pun intended, there is a romantic side to risk-takers. We love stories of the weary executive who rips off his metaphorical noose, throws his tie in the trash and decides to find himself in the wilderness. Or the self-indulgent woman who counters a series of bad choices by (you guessed it) finding herself in the wilderness. My problem is I wasn’t really lost and I had never left the wilderness. Writing and the outdoors were so intimately connected in my life, it would have been a farce to claim that some better, profound part of myself was waiting to be discovered there. I was fine in the wilderness; my trouble came from the front country.

Yet it is a beautiful risk. I love writing, not just for my own consolation but for the connection. Words can be devastatingly handsome, fiercely athletic and invigoratingly inspiring.

When I flipped the hourglass on this latest endeavor, I was pleased to find a healthy reserve of time waiting. I hope to render the hourglass useless in the long run because, despite all the naysayers, occasionally people do find a way to drag their dreams into existence.

The only thing I really knew was that mine had no chance of flourishing in a cube.

James Dziezynski is the author of the best-selling guidebook Best Summit Hikes in Colorado. His writing has appeared in Discover, Outside, Backpacker, National Geographic Adventure, Women’s Adventure and, of course, Boulder Weekly, where he has been a contributing writer since 2003. James is also the founder of Mountainous Words Publishing (www.mountainouswords.com). Follow him on Facebook at www.facebook.com/jamesdziezynski and @James_DZ on Twitter.