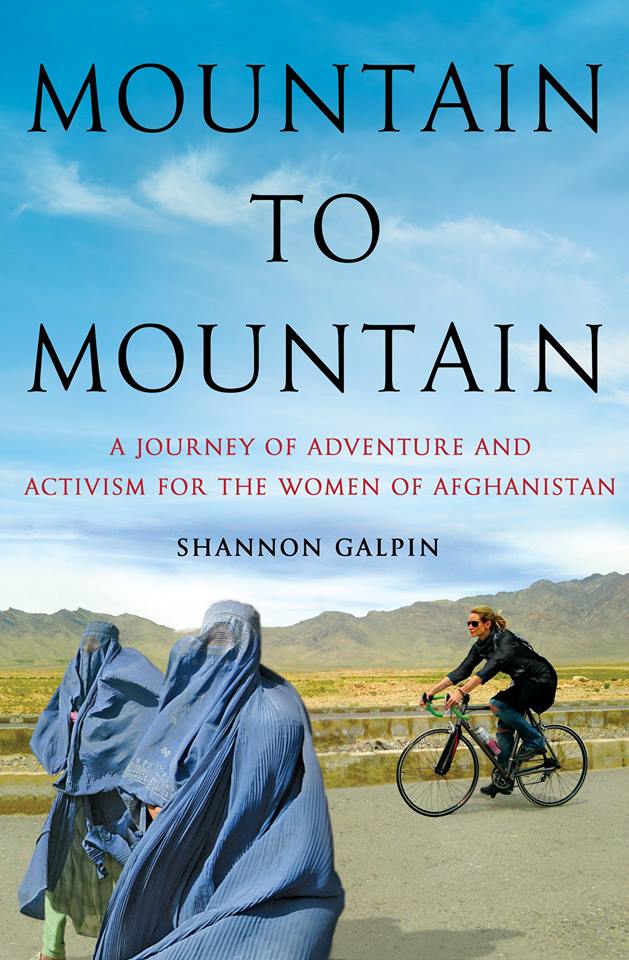 Colorado based Shannon Galpin has been busy. Since her
interview with the Boulder Weekly back in June of 2013, she has released her
memoir Mountain to Mountain: The Journey of Adventure and Activism for the
Women of Afghanistan. Named after her nonprofit Mountain2Mountain, started to
empower women in conflict zones, she details her own tumultuous background
leading to ongoing work for a global cause. In 2009, Galpin became the first
woman to mountain bike across Afghanistan. Record turned to a precedent as local
women expressed the desire to join her and empower themselves through what is
still considered taboo.

“In a war-torn country looking to make change,
there’s a growing revolution of women on bicycles,” says Sarah Menzies,
director of Afghan Cycles and founder of Let Media. “Starting with a small team
in Kabul and now spreading to other villages, women are risking their lives for
the joy of riding a bike, the topic of the upcoming documentary film Afghan
Cycles.”

While not illegal,
riding a bicycle is viewed as only slightly more acceptable than many of the
morality crimes that women can be jailed for.  Afghanistan
ranks as one of the most dangerous places to live as a woman.

It was an easy decision for Liv, a cycling
brand dedicated to women, to sign on as a sponsor for the Afghan Cycles team.
The company donates bikes and equipment to Galpin who now serves as their
ambassador. A newly released video by Liv features footage from Afghan Cycles
offering more perspective on the continuation of training more women in this
sport.

“While on the other side of the world, there
are still ways that we can all help to empower these women,” says Menzies. “This
weekend on August 30th is the first ever Global Solidarity ride, with people
around the world taking to the streets on organized rides in solidarity with
the women cyclists in Afghanistan.”

Giant Cycling World in Littleton, Colo., will
host a solidarity ride in support of the freedom to cycle. Bikers meet at 8 am
at the storefront at 7301 S. Santa Fe Drive.

Menzies explains that “the film illustrates how women,
perceived as victims, can be the catalysts for change in their communities and
how the bike is instrumental in empowering women and girls.”