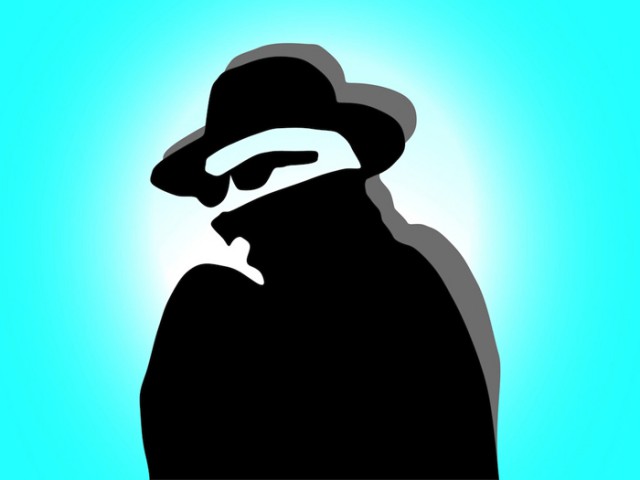 Return to part I

It is now estimated
that if the Obama administration approves all the existing applications
for LNG export terminals as expected, nearly half of all the natural
gas produced in the U.S. could be exported. This could cause natural
gas prices in the U.S. to more than double.

While such a radical escalation in price would create a giant economic
windfall for those who are invested in natural gas — giant as in when
you consider the incredibly large global reserves of shale gas, it could
be one of the largest expanders of wealth in history — it would not be
good for everyone.

With the EPA’s Clean Power Plan about to commit the entire country to electricity generated by burning natural gas, Americans could see their monthly electric bills more than double as the result of exports. We are on a dangerous path.

The connection between Democrats and natural gas is everywhere. Countless new organizations with words like “green” and “clean” and “future” and “energy” in their names are being created every year by some of the best know political figures alongside some of the wealthiest people in the world. What we know is that they all share a single philosophy: Natural gas is a clean fuel in abundant supply that can power the world safely for more than a century. What we don’t know is whether the super rich truly believe that or if it’s just a convenient excuse for making money from the natural gas industry while electing their favorite Democrats.

It would be easier to write a book on the interconnected activities of the world’s richest environmental and Democratic Party funders than to try and describe it in this article. They sit on the boards of each other’s organizations. They cross-fund each other’s 501(c)(3)s and 501(c)(4)s that fund the political machine. They invest in oil and gas companies, export terminals and pipelines, all the while preaching the evils of global warming. They help fund industry-friendly research that seems to confirm natural gas as a pathway to defeating global warming. And most disturbing, they provide funding either directly and/or by way of environmental organizations to Democratic candidates willing to jump on board with the Beyond Coal philosophy that is vital to the growth of the natural gas industry.

But what if the new research coming out on methane leakage from the natural gas extraction process and transportation is accurate? What if natural gas is worse for global warming than coal?

And what about natural gas being a bridge fuel? The Democratic Party and even some “Big Green” environmental groups are constantly touting the 100- year supply of natural gas. One hundred years is not a bridge fuel. Already, cheap natural gas is making it harder for renewables to find needed investment capital.

And since when can the oil
and gas industry be cut in half as Democrats and environmental groups
are trying to do? Is it even possible to support natural gas without
inadvertently supporting oil? No.

As one speaker at the recent Natural Gas Symposium put on by Ritter and
Stryker’s Center for the New Energy Economy said privately after his
session, when asked about such a contrived separation, “Most of the
time, oil and gas come
out of the same hole and natural gas producers are also oil producers.”
He went on to acknowledge that Obama’s natural gas policy has helped to
double the amount of oil being produced in the U.S.

“If you haven’t noticed,” he said, “nobody drills for dry gas anymore. They
have all moved to wet shale because the liquids are where the real
money is. In the next few years, we will have to start exporting oil as
well or the price will drop to $80 a barrel because we’ll have too much of it.”

That’s why they call it the oil “and” gas industry.

Will Colorado be a model for a third time?

So there it is. These are the powerful forces that community-control antifracking proponants are up against.

There is only one thing
that can threaten the current system that has been so good to Democrats,
environmental organizations and the nation’s wealthiest families who
fund the system, and that’s an honest to goodness citizendriven
grassroots movement.

It’s unlikely that most of the men and women, moms and dads and kids who
worked so hard to see Colorado’s anti-fracking initiatives on the ballot
had any idea that they had become a serious threat to the Democratic
Party at every level of government.

Most had no idea that a vote on who controls fracking in their neighborhoods
would likely have sparked a spending war by the oil and gas industry
that would have undone more than a decade of political maneuvering by
the Gang of Four, the Roundtable and the CoDA.

Would the oil and gas industry’s threat to spend $100 million to defeat the
fracking initiatives have kept them from passing? Possibly, but such an
outcome was certainly not guaranteed based on the polling.

But would that kind of massive spending by the industry have caused
Hickenlooper, Udall and any number of other Democrats running for the
state House and Senate to have lost? Quite likely.

If we have learned anything from the so-called Colorado model it is that
if people are willing to spend enough money they can probably determine
the political color of the state.

Clearly the powers that be were afraid that they would lose control of the
state if the fracking measures made the ballot and sparked the very oil
and gas war that CACJ Act was written to prevent.

In an article in Politico Magazine in
April 2014, Eli Stokols wrote: “Ted Trimpa, a Denver power lawyer and
strategist once dubbed ‘the Democrats’ Karl Rove,’ was instrumental in
helping Polis and the three other millionaires build
Colorado’s progressive infrastructure and consolidate power over the
last decade. Now he finds himself trying to hold it all together.

“He worries that the ballot initiative would splinter a progressive
coalition in Colorado that’s been so successful that it’s now seen as a
blueprint for Democrats and Republicans in other states — its many
successes attributable to an unusual and lasting harmony, an ability to
avoid sticky policy fights that distract from the shared goal: winning.

“Resolving Colorado’s fracking fight quickly may yet provide other states with a
blueprint of how to deal with local control issues around oil and gas, a
national example of how compromise and consensus can be achieved even
in our polarized times. But if Polis’s measures move toward the November
ballot, the country may find out that Colorado isn’t such a model after
all, that coalition politics aren’t as easy as this state has made them
seem.

“‘We’re a state known for the two sides working together,’ Trimpa tells me, ‘but if
this initiative makes the ballot, the age of that will be gone for a
very long time.’”

So who killed the Polis anti-fracking measures? We
will never know all the conservations that transpired to make them go
away. Everyone involved in the process is afraid of backlash so they all
claim that they wanted the ballot measures to succeed.

For conspiracy theorists, Rep. Polis will be blamed. The idea being that he
backed the initiatives knowing they would never make the ballot and
pulling them as a favor to the powers that be, powers that he helped to
create once upon a time even though he appears to have been out of the
Colorado model loop for quite some time.

Others believe that Polis simply wandered off the Democratic Party reservation
in an effort to do something good for the hundreds of thousands of his
constituents who wanted more local control over fracking. If you are of
this camp, then Polis is the only Colorado Democrat at the national
level who has ever lifted a finger on the fracking issue. The
Congressman has been steadfast in his claim that he simply tried to help
his constituents.

As for environmental groups as alleged obstructionists, many of the folks
who worked the very hardest to get the measures on the ballot are
members of those organizations. It is important to draw a distinction
from local members of “Big Green” groups and their regional offices who
have little choice but to toe the line drawn by their largest funders.

Trying to figure out who to blame accomplishes little.

There are more important questions to ponder.

If Democrats at both the national and state level intend to support the
natural gas industry for many decades to come, then the Earth cannot be
saved from its destruction at the hands of global warming.

All indications are that this is the case. Hundreds of billions of dollars
in natural gas infrastructure are being built with the blessing and even
encouragement of Democrats. The State Department, thanks to Hillary
Clinton and now John Kerry, has created a fully staffed department
charged with promoting natural gas development throughout the world as a
means of spreading U.S. influence while simultaneously attempting to
diminish the influence of Russia.

These are not actions taken and investments made in something that is truly considered only a bridge fuel.

As for drilling and fracking safely, Colorado is touted as the poster
child for strong regulations on the industry, and as this paper has been
reporting for several years now, there is virtually no oversight of the
oil and gas industry in Colorado. If
it is worse in other places, God help us. With so much momentum having
been built for natural gas among funding institutions, environmental
groups and elected Democrats, the question is: Can the model be turned
in time or at all? Beyond Coal 10 years ago meant natural gas, but the
research of the last few years has shown that to be a false path forward
in the fight against global warming.

There is hope. Many environmental organizations are changing their words if
not yet their actions. Concern over fracking and shale oil and gas
production have entered the debate. A few funders like the Tides,
Schmidt and Park foundations are now supporting research that questions
natural gas’s plausibility as a bridge fuel and they have even funded
grassroots anti-fracking efforts.

What has been learned over the last two months is that a powerful grassroots
movement aimed at local control over drilling and fracking is more
powerful than the Democratic Party and its wealthy controllers. Citizens
have also learned that if they want real democratic change, they will
have to do it without the support of the current incarnation of the
Democratic Party or the national environmental groups.

If something more than an industry friendly compromise is the goal, then
it will have to be accomplished at the ballot box without the
involvement of those groups.

So will Colorado once again become the model for the nation? Will the
activist base reject the pro-oil and -gas Democratic Party that has been
cobbled together out of political necessity by a handful of wealthy
donors and their consultants who think that Democrats beating
Republicans is more important than clean air, clean water and the very
future for our children?