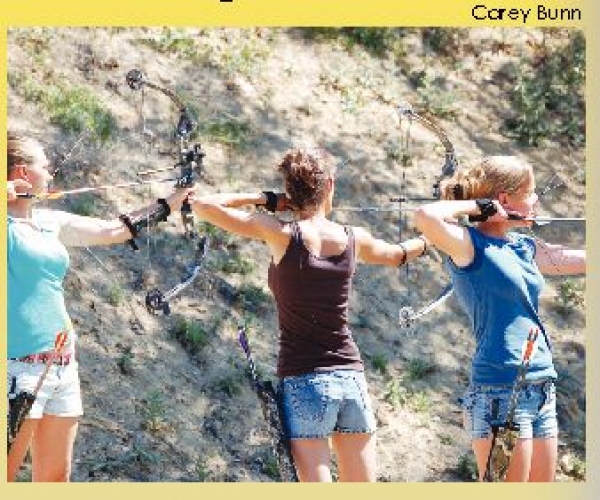 Although most of my life was spent in a California valley where the term “agribusiness” was coined, I didn’t live on a farm and I assumed that the 4-H organization was only for kids who did.

A pretty common assumption, given that 4-H (which stands for Head, Heart, Hands, Health) evolved around the turn of the 20th century as a movement to make public education more relevant for rural residents.

The organization doesn’t advertise much, so the most familiar public association is often that of 4-H youngsters exhibiting their handraised livestock and homemade jams at the county fair.

But as I’ve since learned, 4-H has evolved into a modern take on community sustainability that today claims more than 6.5 million members in the United States alone (4-H is also active in 70 other countries).

It’s still an organization devoted to shaping a better future for tomorrow’s adults and encouraging community service. However, today’s members, mostly between ages 9 and 19, are as likely to come from the city as the country. The “learn by doing” adage has spawned a wide range of clubs within 4-H that focus on whatever “projects” the members are interested in, from agriculture to web design, baking to filmmaking, firearm shooting to dance.

Even the line between the old 4-H standbys of livestock-raising and home economics has blurred, and goals have become more holistic.

“I was raised in 4-H; my parents were 4-H leaders,” says Bonnie Smith, a Longmont farmer who runs the Fairview Crops and Livestock club with husband James. “We had a livestock club and a home ec club, and they didn’t have much to do with each other.

“We want our kids to not only watch how beef is raised, but to fol low it through the process, from packing to choosing the cut a cook is looking for, until it arrives on the dinner table.”

Some clubs, such as Tina Pohlmann’s Critters and Creations, include separate activities for children between ages 5 and 9 in a program called “Cloverbuds.”

“We’ll do things like plant seeds and make bird feeders,” says Pohlmann, who grew up with livestock but turned to road construction as a career. “We have several projects for older kids; one of our most popular is called the ‘Horseless Horse’ — it’s for kids who would love to have a horse but can’t have one at home.”

Adults can get involved, even those who have never been in 4-H, through volunteering and teaching skills. It’s how clubs can offer a number of interests for young people to pursue outside of the traditional ag focus.

Engineer Michael Cook, who works for the Little Thompson Water District, steers Silver Spurs, a club with an interest in science and technology. Members are currently learning new technology with a donated, three-wheeled electric car. Even here, the focus isn’t narrow.