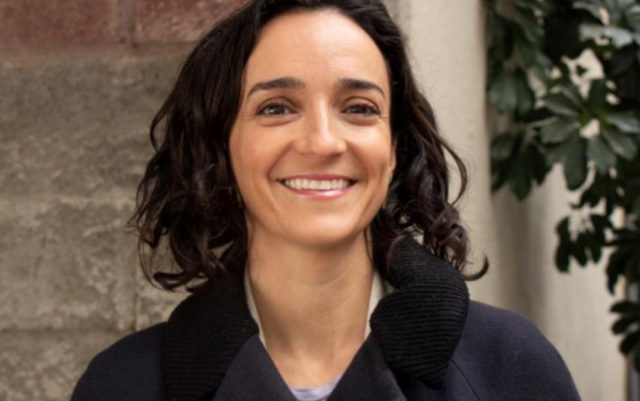 When the COVID-19 crisis hit, it was just one more thing on Laura Garcia’s list of major life changes. Garcia moved from Mexico City to Boulder in early March as the new CEO and president of Global GreenGrants Fund (GGF), a non-profit supporting grassroots environmental activism on a global scale. Her first, and last day, in the Boulder headquarters was March 13, where she addressed how the organization would adapt to remote work and quickly canceled travel plans to connect with grantees around the world.

“It’s been definitely a different experience from my initial onboarding plan,” she says. “But because I [was already making] such a huge change, you know changing jobs, moving to another country and arriving here to a different culture, I feel like I had perhaps a little bandwidth for change.”

Similarly, she says, GGF grantees have quickly adapted their work to address issues raised by the pandemic. Garcia recently spoke with Boulder Weekly about this and more. The interview has been edited for length and clarity.

How did you become connected with GGF?

For the last 10 years, I was part of and led a fund in Mexico called Fondo Semillas (seeds in English) which provides women-led grassroots organizations working for gender equality with financing and capacity building.

And through that work, we had a program of pushing for women’s right to land property. In Mexico, and the rest of the world as well, even though women produce globally 80% of the food, only 5% of them hold a land title. It’s a huge gender equality issue. It’s connected also to gender-based violence. So anyway, we were working on that and indigenous leaders that we were supporting started asking us, “What’s the point of defending land rights if the whole territory is at risk?” So they started becoming environmental defenders themselves, and we started supporting them with that. And through that evolutionary process we started reaching out to other funders who specialized in environmental justice, and we found Global Greengrants to be the perfect partner.

Independent of how I got to know Global Greengrants, one thing that has become very clear for me in the last few years is that above all, environmental justice and what’s happening to the degradation of the environment and the climate breakdown is for me the most compelling issue in the world. And everything else falls under it. Even social justice issues like gender equality do not have any meaning if the world is destroyed.

Environmental justice exists at such an intersection of different issues. Why is it important to look at it holistically like that?

The systems of oppression and discrimination in the world work to reinforce themselves, and societies have created these systems of oppression with the purpose of amassing power and excluding others. The system that provokes gender inequality, supports environmental degradation to continue happening and to continue favoring environmental degradation is the result of a system that economically favors white men in the world, and amassing power and economic power is very much hand in hand with patriarchy, as well as white power.

To give you a more concrete example, because I know that I’m speaking about it in a very abstract sense: In my years working in Mexico, what we saw is the very same women that were fighting for land rights started to defend the whole territory against extractive industries. But these women were not allowed to participate in local decision-making bodies that are set up in rural areas in Mexico, called comités ejidales. Basically, by customary or indigenous law, communities are led by these committees held by men. In very concrete terms, women’s lack of rights in political participation did a disservice to the possibility of having a stronger environmental movement in that locality.

So, to tackle and address this, we need to look at justice in an intersectional perspective where we advance on the different angles of injustice at the same time. I am committed to working to ensure that GreenGrants’ intersectionality perspective is deeper.

How important is grassroots activism in that pursuit?

Environmental destruction around the world seems like such an insurmountable problem at the macro level: government-to-government negotiations or negotiations around the international community through U.N. bodies and the conferences on climate change. But the problem is so connected to economic power and to the structures that hold governance around the world, that tackling the issue there has been very disappointing because very little change is seen, very little legal commitment is given.

Meanwhile, we have in parallel, local and alternative solutions that when you look at them, are the real stories of hope and change. What we in Greengrants are very much committed to is making sure that people don’t see all of these different alternatives as small and useless examples, but on the contrary, grassroots movements are creating by far the most useful examples of systems change that we can see in the world.

How are GGF Grantees responding to the pandemic?

For example, we have a group in Kenya, who’s addressing waste management by looking into mask disposal alternatives. There are also lots of people in the slums that are just merely washing disposed masks with water, not even detergent or soap, and are reselling them again, so this creates further risks. But this is a group that has been previously working with waste disposal systems. So, in a way, these COVID responses are being adapted to strategies that are very much interlinked with one another.