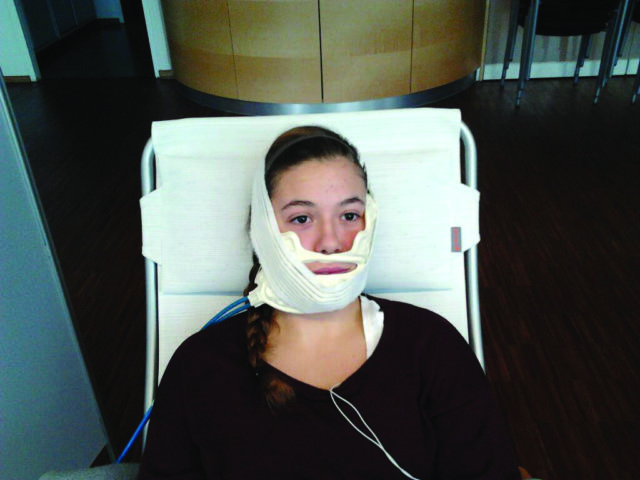 I love telling the story of my wisdom teeth. Anytime someone mentions a tooth extraction or dentistry mishap, I weasel my experience into the ring — the copious amount of blood, how the anesthesiologist was on vacation, my inability to sleep in my own bed for days. In short, it was one of the most painful experiences of my life. The third-most painful, in fact.

I was 17, and it was the winter of my senior year. Essential to the story is the fact that it was basketball season, and I took sports very seriously in high school, so the window of opportunity for removing my wisdom teeth was rather small: only the first few days of winter break would leave enough time for recuperation before practice restarted.

The thing was, all four of my wisdom teeth were fused to my jaw. That meant they’d have to surgically saw and sand teeth from bone. During the initial consultation, the dentist told me they could squeeze me into that winter break window, but it’d come with a caveat: the anesthesiologist would be on Christmas vacation, so instead of getting put under, I’d receive topical and local anesthetics. Thinking of basketball, of course, I obliged.

From the beginning, the dentist tried to set me up for success. He recommended I bring an iPod so I could listen to music during the two-hour procedure. I downloaded Beyoncé’s newest album, 4, but as soon as I was lowered into the horizontal position, I realized even Queen B’s soothing and empowering voice couldn’t help me. No dissociating was going to happen here.

A construction zone erupted inside my skull. The whirring drills and whining saws overwhelmed the existence of everything — except for the periodic and predictable strike of nerve pain each time they cut a layer deeper into my gums. The process began with topical numbing gels, then injections of anesthetic solutions in all four corners of my mouth. But, still, as they sliced open my gums and peeled back the pinky flesh to expose my bare jaw, new nerves were continuously exposed. Somehow the dentist and I developed a process: I’d roil and convulse each time he hit a new nerve, then he’d apply more numbing solution and the sensations would subside. It was a stormy ebb and flow, waves of pain, moments of release, but always an unrelenting thunder.

Beyoncé was reduced to a faint mew in the back of my mind. Front and center was the demolition that echoed between my temples. There was no escape from the trenches of this experience. Each time they cracked a tooth free from my jaw, I thought of walnuts being busted between pliers. It sounded just the same. The constant vibrations and uncompromising pressure continued.

Some 120 minutes later, they vacuumed out the blood that’d pooled under my tongue and wheeled me out to the waiting room, where someone applied a cooling mask that circled a constant flow of ice water across my jaw. My mom snapped a photo: my eyes spacey and disembodied, the face mask alien.

I spent the next days couch-ridden. My bedroom, in the basement, was out of reach because stepping up or down stairs sent throbs of pulsing pressure to my mouth. I was afraid the stitches would burst. Would my brains slip out? My stomach ached. I’d swallowed so much blood. Twenty-four hours passed before I summoned the will to walk outside.

Now, eight years later, it’s one of my most vivid memories. I remember the oval fluorescent lights overhead, the cement-like smell of drilled tooth, the metallic film of blood. Yet, I cannot conjure the actual feelings of the experience — the strikes of pain, the nerve endings. Physical pain is funny that way. I remember what I felt, but not how I felt. Physical pain, perhaps, can be the most present of feelings. You feel it until you don’t.

The second-most painful thing I’ve experienced was the first time I ran a marathon. Admittedly, I was woefully underprepared and it was a quasi-impulsive decision during a time in my life when I needed a goal to work toward. I didn’t have long to prepare, and instead of leading me toward a sense of accomplishment and success, it drove me and my body to a grinding halt.

The morning of the race, I was alone, in Mar del Plata, a new-to-me ocean-front city in Argentina, lacing up the same pair of Nike running shoes that I’d been wearing everyday for more than a year. The sole was so compressed I could wiggle my toes and feel the imperfections of the floor.

The course ran through the city, up and down the main traffic corridors, then along the highway that parallelled the beach. I made it to mile 15 before I started to question what I was really getting myself into. A road marathon? A rote, masochistic exercise? The farthest I’d ever run before was 18 miles, but suddenly even that felt like a stretch. I walked to the next aid station and downed something sugary. The volunteers were so nice and encouraging, I was momentarily spurred by their blanket belief that I, and every other runner out there, could finish this thing. I set off running, but 10 minutes later I was walking. Not long after that, the grinding sensation set in.

To this day, I’ve never been more aware of how my femur bones connect to my hip sockets, nor how my femur bones lock in with my knees. Each step compressed my hips toward my knees and that sandpaper sensation rubbed my spirits raw, disintegrating my will to ever run again. I resolved to at least walk the rest. Dropping out never crossed my mind. I was young.

As I approached the finish line, shuffling in that 80-year-old-man kind of way, three people dressed as pirates rushed out, grabbing my arms. They tried to goad me into running the final 100 meters, all cheery and festive and youthful in their costumes and painted faces. I wanted none of it. I yanked my arms back, but they persisted like monsters in a scary manipulative clown nightmare, only Pirates of the Carribean-themed instead.

Finally, begrudgingly, they followed me until my last step across the finish line. Someone threw a medal around my neck, and then I was back to being alone. All I had to look forward to was a mile-long uphill walk back to my hostel and a set of stairs that led up to a top bunk in a crowded dorm room.

I couldn’t walk for three days, but when I finally got my legs to function again, I boarded a bus to Uruguay and spent the next three days smoking weed on a beach and contemplating my life choices.

It’s a strange privilege, putting myself through this self-inflicted pain. In the years after that marathon, I’ve run 100-mile-long trails; I’ve set multi-day speed records across mountain ranges; I’ve climbed until blood seeps from the thinning layers of my finger pads; I’ve willingly showed up to, and welcomed in, all sorts of physical pain. I realized, to some degree, if you get intimate enough with yourself and understand the fleeting nature of pain, you can expand and contract your comfort zones, sometimes at will.

Which is, of course, to say nothing of psychological pain, with its complex layers and grippy wraps that can swaddle the conscience forever. Nor chronic pain that may pulse and throb in unrelenting and overwhelming whispers, maybe shouts. I have still to learn about the depths of these pains. I know they will come in life, as they’ve already shown themselves in tickles and tears.

And while I wish no kind of pain on no kind of body, I am drawn to the depths of my own physical pain. Mostly, I’m drawn to its erasure. The way it happens, but never quite sinks its teeth into folds of memory. I maintain the singular blessing of physical pain as a reminder that so much of life is temporary. We experience, we breathe, we move on.

This holds true even for the number-one most painful experience of my life, the memory that comes the closest to sensory recollection.

It was a biking accident that happened my junior year of high school. I say accident because it was an accident, but I was the only one involved. My dad had a bike that I loved to ride — a real adult bike with fancy handlebars that rode fast and smooth. I was riding his bike to school one morning after a big rainstorm. These are important facts because, for one, I was a teenage girl riding a grown man’s bike, and two, the pedals were slippery.

My ride to school cut through a patch of woods, and at the start of the woods was a big hill. I always took the hill fast, determined to get over it as quickly as I could. So, per usual, I stood up on the pedals to really crank down, pressing my full weight into my legs, and that’s when my feet slipped.

Gravity rushed in. My crotch slammed down, nailing my pelvic floor on the crossbar that runs, as they do on men’s bikes, in a straight line between the handlebars and the seat post. The bike and I keeled over as one unit, my face landing in soggy dirt, but I don’t remember any of the impact on the ground.

I carefully slid out from the bike and stood back up, a little shaken, probably in shock, and righted the bike upward. I tried to lift my leg up and over the bar again, and it hurt, but I made it happen. When I sat back down on the seat, though, that’s when it all hit me in full force: hot white streaks of pain shooting up from between my legs, bursting out from the crown of my head like flames from the mouth of a dragon. I was flesh and bones and nothing more. I fell over again. Face to dirt.

I could feel a sticky warmth spread between my legs. I didn’t want to look.

I hobbled home and called my dad. He took me to the emergency room and I, thankfully, was treated to full-body anesthesia. The doctors sewed the jagged edges of my right labia closed, which had burst open upon impact like a smashed egg. Eight stitches later, I woke up, groggy in the hospital ward. The next two weeks, I had to sit on a donut.

I felt it fully, then it was gone. It all makes me wonder, quite seriously, about natural childbirth.