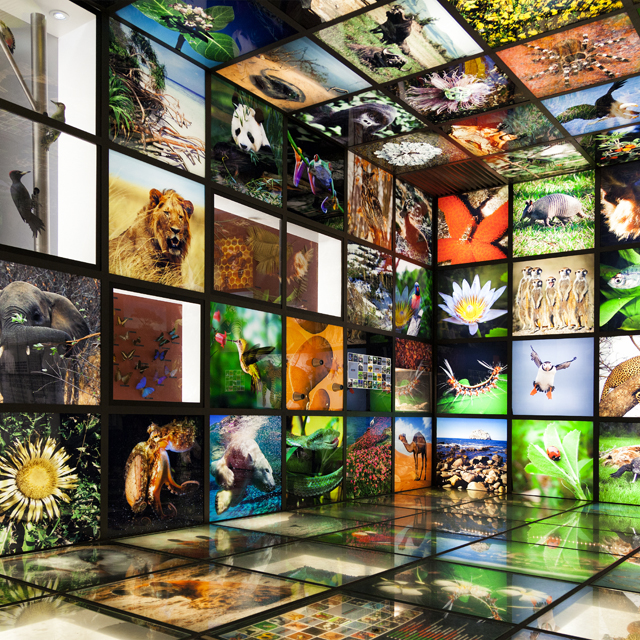 Human activity has a long-established negative ripple effect across the globe, impacting plant, animal and marine health on devastating levels and stripping the planet of its rich, natural biodiversity. Scientific studies have proven again and again the toxic effects of pollution caused by humans on Earth’s delicate array of ecosystems and ever-degrading atmospheric layers. The natural cycles of this planet have been irrevocably disrupted, and we have seemingly reached a tipping point: There are millions of species on the verge of extinction, and many that have already perished. The rapid decline in biodiversity across the globe will karmically come back to affect us at some point whether we want to believe it or not; a grim future of food shortages and water scarcity seems to be looming before us.

On Dec. 2, Colorado Congressman Joe Neguse made a stand against this ongoing crisis by introducing a national biodiversity strategy resolution to the House of Representatives and calling for the United States to rejoin the Paris Climate Agreement. This resolution promotes the development of a national interagency strategy to pursue all areas of action reform within existing environmental laws, policies and programs, while looking for opportunities to implement new strategies to prevent further loss of biodiversity. The passing of this resolution would, more than ever before, create an atmosphere of nationwide accountability within the framework of environmental protection.

“Over the last four years, the Trump administration has undermined the Endangered Species Act at every turn,” Neguse says. “The new administration will be responsible for taking action, but Congress has not yet stepped up to the plate in terms of drafting a national biodiversity strategy, which is an integral component of the fight against climate change.”

The fluctuating temperatures that come with climate change, as this resolution outlines, negatively impact the habitats of many different species, which are forced to either adapt or migrate to new, more hospitable lands. The movement or death of these species in turn affects all other life forms in their specific ecosystems, creating a domino effect of impacted plants, animals and land. This is why the approach to battling the decline in biodiversity and climate change must be an interconnected one.

A slew of state and national agencies have already stepped up in support of Neguse’s resolution, adding their voices to the multitudes of civilians demanding the federal government take action.

“As human population increases, we’re seeing more conflict between humans and wildlife,” says Lindsay Larris, wildlife program director at Wild Earth Guardians. “I think we have to work on a national scale. Right now we have individual states dictating their own policies, and it’s just not effective; some are far more attuned to protecting wildlife than others. Colorado, for example, has worked hard to protect and bring back the grey wolf population, while 500 of those wolves were killed in Idaho last year.”

The resolution also highlights how the decline in biodiversity has disproportionately impacted indigenous communities, whose traditional practices of establishing environmental resilience and sustainability are being recognized as a vital component of resource and land management.

“The bevy of federal agencies responsible for land protection in the United States has historically expressed a culture of ignoring tribal and indigenous voices across the country,” Neguse says. “It’s important for Congress to clearly state its expectations for these agencies, like the Bureau of Land Management and Department of the Interior, to engage indigenous people in their decision making.”

Indigenous cultures have traditionally excelled in resource conservation, as they demonstrate an intimate knowledge of the ecosystems in their respective localities and understand the need for biodiversity to live sustainably on the land.

“They have more knowledge of specific ecosystems and particular species than we have science of,” says Jacob Malcom, director of the Center for Conservation Innovation, an arm of the conservation group Defenders of Wildlife. “It’s going to be a great source of knowledge for us, and will prompt us to ask ourselves, ‘What more do we need to learn? And what do we need to unlearn?’”

Hoping to lay down a foundation for best-practice strategies for environmental conservation, the resolution also addresses key areas such as climate adaptation and mitigation, and calls for the urgent implementation of renewable energies as well as a fund for monitoring, reporting, research and development in the field of conversation. Practices like these are not as challenging as many people think; this strategy focuses on coordinating existing authorities, and is about working together and setting a national vision.

“Conservation is fundamentally non-partisan,” Malcom says. “Many people actively participate in conservation. Maybe they don’t identify on the same end of the political spectrum, but they recognize the need to take care of the land around them.”

Neguse’s resolution has gained the support of more than 60 Colorado-based and national groups, as well as scientists and climate change activists all over the country and world, in addition to many members of Congress. While it may seem that national policy reform is a daunting task, supporters of the strategy urge a perspective of optimism and hope.

“We don’t need a lot of new tools. We know the answers, and what needs to be done, we just need to do it,” Malcom encourages. “It’s certainly a challenge, and it’s easy to see threats everywhere, but that’s not reason to despair — it’s reason to act.”