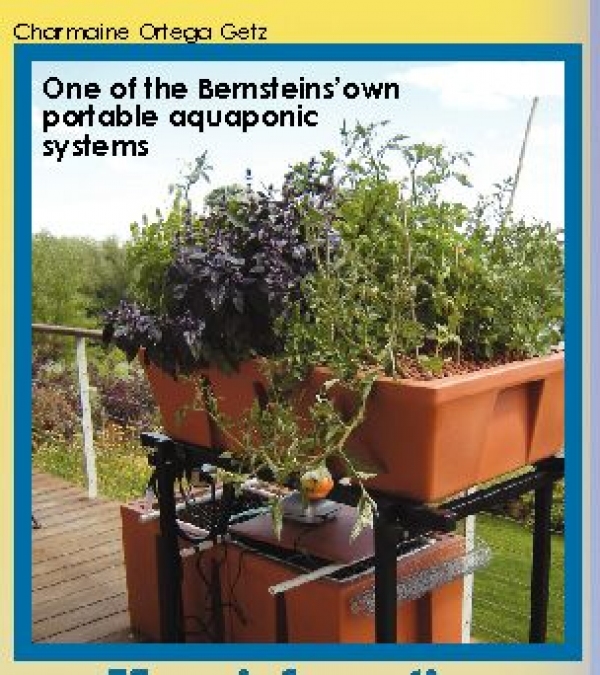 As a word, “aquaponics” was invented sometime in the 1970s, but as a practice it’s been around since ancient times among the Chinese, Aztecs and other cultures. While it may sound like an aquatic exercise class, the only things swimming in this case could be your dinner.

Think of it as pairing hydroponics — growing plants without soil — with fish farming.

“It’s quite addictive,” says Sylvia Bernstein. “You start with one fish tank and find yourself adding another or stepping up to bigger ones.”

Bernstein and her husband, Alan, had two advantages when they started an aquaponics system in their north Boulder backyard in early 2009. Sylvia was one of the founders of AeroGrow International, a hydroponics company in Gunbarrel. And the Bernsteins had a small greenhouse already being used for hydroponic gardening.

But they insist that aquaponics is simple enough for even a novice to enjoy with a basic system.

“There’s not a heck of a lot to do once you’re set up,” says Alan, a retired computer science business consultant. “It does take some discipline and a few minutes a day to maintain.”

The Bernsteins use the media-based style of aquaponics system, as opposed to the raft-based system common with large commercial operations.

Their tomatoes, peppers, cucumbers, beets, chard, strawberries and herbs grow in a layer of expanded clay pebbles. Plants filter water for the fish in a separate tank, and the fish waste is converted into fertilizer by beneficial microbes and red worms in the plants’ growing medium.

Feeding the fish and doing maintenance checks takes about five minutes a day, the Bernsteins say.

Unlike conventional hydroponics, no pesticides or other toxic chemicals are ever needed. Water does not need to be exchanged, and only enough is added to offset evaporation. A low-wattage pump on a timer keeps water circulating for this symbiotic relationship to thrive.

What you raise is up to you, although some things — particularly with the fish — grow better than others in such a system.

If you’re a do-it-your-selfer, a starter aquaponic set-up can be very inexpensive. A worldwide aquaponic community makes it easy to get advice from sources as varied as the public library or YouTube. Sylvia is among many growers who share their experiences on online publications, blogs and forums.

“I’ve seen systems scavenged from old bathtubs and recycled barrels,” she says. “For less than $100 you can make one out of plumbing pieces.”

If you can spend a little more and want to get started immediately, the Bernsteins recently started The Aquaponic Source, a business that sells equipment and even fish chow.

The Bernsteins are hooked on their produce, but they admit the tilapia presented an unexpected challenge.

“We have yet to eat any of ’em,” Sylvia confesses. “We didn’t name them, but it just felt too personal eating animals we feed every day. When they get to be too many, I have to give them away.”