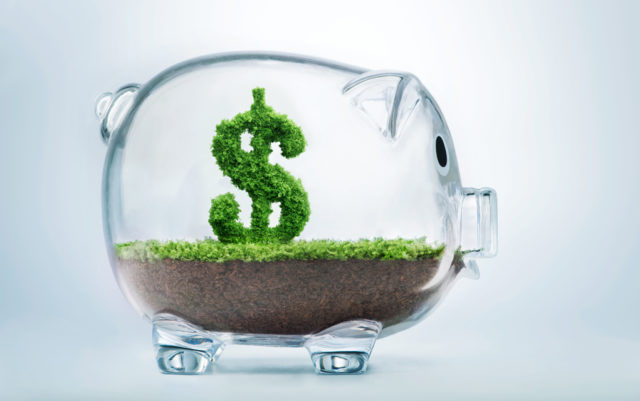 “We don’t have a jacket,” Mathias Wikström’s boss told him several years ago at his previous job at the Finnish Bank of Åland, headquartered in the middle of the Baltic Sea. At first, he was obviously confused, but the comment was inspired by a Patagonia ad imploring customers, “Don’t buy this jacket,” in hopes of reducing consumerism and its subsequent environmental impact. His boss’ message was simple: She wanted a way to engage the bank’s clients in the climate crisis and she wanted Wikström and his colleague Johan Pihl to help.

The result was the Åland Index, a cloud-based software that tracks the carbon dioxide emission of every financial transaction, now available in the U.S. through Bank of the West’s new 1% for the Planet checking account.

The account includes a carbon tracker on debit card expenses using technology from Sweden-based Doconomy, founded by Wikström and Pihl. Doconomy, using the Åland Index, offers an automated breakdown of spending by analyzing the carbon footprint of 50 different industries (from restaurants to health care to entertainment and transportation), taking the average carbon emissions for an industry and dividing it by the money spent within the industry.

“In short, what we’ve done is we’ve graded the industry on CO2 impact. And then we connected that score card to the credit card transactions, depending on volume spent with that line of business,” Wikström says.

A consumer might spend $22.99 on groceries, for example, but that’s equal to a carbon footprint of 2 pounds of CO2.

Bank of the West — and its parent company BNP Paribas — developed a sustainability vision after the Paris Climate Agreement. The new checking account is part of that plan.

The company is actively working to combat the climate crisis by restricting its investment and financing of fossil fuel and extractive projects, as well as palm oil, tobacco and other environmentally degrading industries.

“Banks have $10 trillion worth of assets deposited into them, which can either be used to finance things that are beneficial to the planet or detrimental to the planet,” Stuart says. “But consumers are going to need the tools and the education to know what questions to ask of their financial institutions. And we think that the 1% for the Planet account is a great first step in educating consumers on the role that banks play in climate change.”

The new checking account also allows clients to understand the climate crisis on an individual level, taking sustainable investing and finances out of the upper end of the market and the realm of green bonds, social bonds and Environmental, Social and Governance (ESG) mutual funds.

“I think consumers have gotten to the point where they feel incredibly comfortable picking up their yogurt and turning it over and seeing whether or not it’s made with organic dairy. I think people are very comfortable to turn over their shampoo bottle and see whether or not it’s tested on animals,” Stuart says. “And we want to get to the same place with people’s finances, where they have the tools and they have the desire to figure out how it is made. How is this financial product made? How did you make my checking account? How did you make my loan? How are you servicing me with the same degree of transparency and the same degree of inquiry [that I apply to] other household items?”

The checking account comes with a biodegradable debit card that can be thrown into a household compost bin (after the magnetic stripe and chip are removed), and a promise from Bank of the West to donate 1% of its annual net profits from the checking accounts to environmental organizations. Donations will be funneled through 1% for the Planet, a global movement founded by Yvon Chouinard of Patagonia and Craig Mathews of Blue Ribbon Flies that encourages companies and individuals to help protect the natural resources they so often benefit from.

The Bank of the West program’s first recipient will be Protect Our Winters (POW), an environmental advocacy nonprofit founded by professional snowboarder Jeremey Jones and headquartered in Boulder.

“Ultimately, we need the large-scale systemic shifts across both financial institutions and government policy,” says Mario Molina, executive director at POW. “But the way that we get there is by having people be more aware of the issue and more aware of where these large footprints come from. We see [the new checking account] as an educational tool to raise further awareness on the issue and how we can track emissions back to the main problem.”

Molina says POW expects to receive about $100,000 through its partnership with Bank of the West in the first year, and those funds will go toward supporting the organization’s Stop the Money Pipeline divestment campaign, as well as the distribution of a recent research report — Motivating Lifestyle Driven Advocacy — across the outdoor industry.

Stuart from Bank of the West only expects the environmental checking account program to grow, resulting in increased donations over the lifetime of each account. The bank is also looking at expanding the idea to other accounts in its portfolio, enabling the company to donate to other partner organizations like Conservation Alliance, Nature Bridge and the Sustainable Ocean Alliance, among others.

Although Bank of the West has exclusive licensing for the Doconomy technology in the U.S. for the next year, Wikström says there are plans to expand the program to other financial institutions after that.

Plus, the carbon tracker for personal finances is only part of Doconomy’s vision to enable a sustainable lifestyle for everyone. The company is also working on a carbon emissions limit for credit cards, which would freeze spending when a per capita cap on emissions is reached, much like how a standard credit limit works.

“If we use what’s already in place to illustrate environmental impact, rather than financial impact, we can come a long way,” Wikström says. “We don’t have any bank implementing it yet, but the technology is in place.”

And Doconomy just released its 2030 Calculator in conjunction with the U.N. Climate Secretary. It’s an automated system to measure the carbon footprint of individual products and brands free of charge, which could be used in carbon labeling products.  Doconomy’s eventual goal is to aggregate all of the information it collects into an open source database dubbed the Global Carbon Files so that everyone — from institutions to consumers — can have access to the information to better understand lifestyle choices comparatively across industries and products.

Currently, Doconomy is operating in six countries around the world, but interest in the technology is rapidly increasing, as awareness of the climate crisis continues to grow.

“The climate crisis challenge is greater than any one bank can address on its own,” Wikström says. “I definitely think [the carbon tracker] is something that should be default, really, because how can you make an informed decision if you’re going to have the financial impact, but not the environmental impact at hand when making your choice?”

The story has been updated to include Johan Pihl.