When the hail came, it was from the west and it was without warning. The June sky darkened, a cool breeze picked up and very suddenly, to Michael Moss’ horror, sheets of quarter- and dime-sized hail began to thrash his farmland, tearing apart his vegetable crops, mowing into them like machine gun fire. Huddled with his farmhands in the wash station, he watched, helplessly as the fruits of their labor, his livelihood, was mangled and destroyed by the power of Mother Nature.

The squall was over in just 20 minutes. And when it was, Moss had lost almost three acres of vegetables. Eggplants, tomatoes and peppers lay battered and broken beneath a thick blanket of hail pebbles.

“There’s really not anything you can do,” Moss says. “You just have to be resilient and be ready to roll with the punches.”

Moss owns and operates Kilt Farm in Boulder County. He’s a kilt-wearing, God-fearing farmer from Florida, with a passion for growing wholesome, organic food and living close to the land. And he had a rough summer, a rough year, really. It’s one from which it is going to take a long time to recuperate.

“It took a lot of assessing the damage,” he says. “I’m going to have to refinance some debts and work really hard for years to recover from that [hailstorm].”

If it weren’t for Moss’ resilience, the fact that he operates properties spread over several miles, and the support of his hardworking wife, that 20-minute hailstorm could have very easily been the end for Kilt Farm. 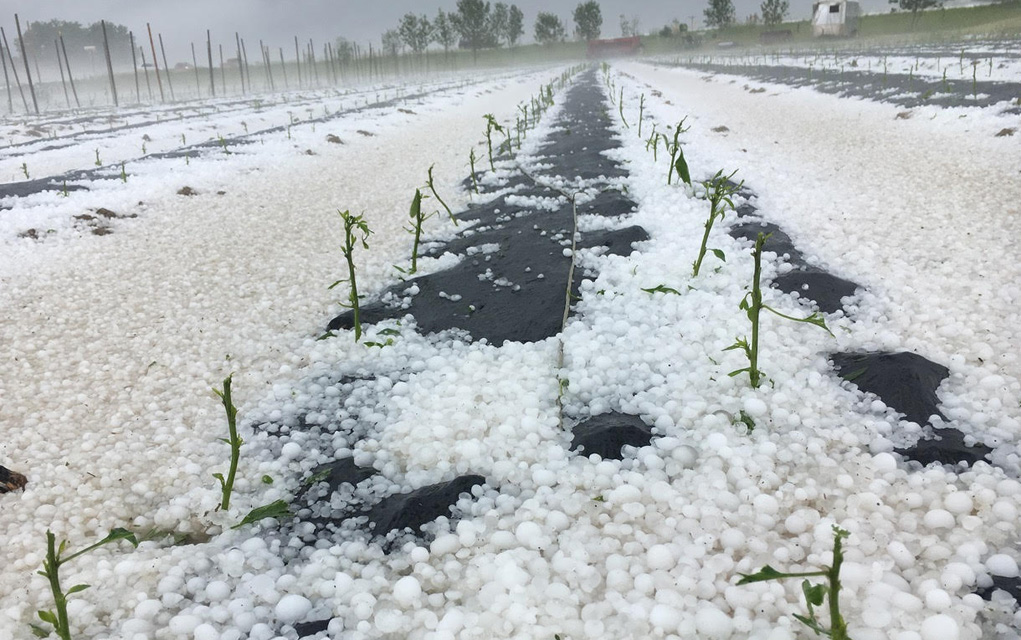 And, it wouldn’t be uncommon in these parts.

Farming in Boulder County is hard — for a lot of reasons outside of natural hazards like hail or drought. Organic market farm producers face a lot of variables and challenges that are out of their control and have nothing to do with competency, skill level or experience. And that all contributes to the county’s somewhat notorious farm failure rate of 80 percent.

That failure rate was first reported in 2016, fostering doubt among some in the community and calling into question Boulder County’s $1 million organic food farming program. But it’s also a somewhat conflated statistic — and one that doesn’t tell the whole story.

Blake Cooper, the agricultural resource manager for Boulder County, says that the farm failure figure, while technically correct, is somewhat exaggerated. The math behind the high percentage failure rate is right, says Cooper, but only if you count individuals, and not the groups of individuals that were farming together as a unit on a single property.

“We had several farms that were, for lack of a better term, a collective or a co-operative, where we had multiple tenants on a single small property,” describes Cooper.

Several years ago, the Boulder County extension agent from Colorado State University, Adrian Card, held a handful of seminars encouraging small farmers to band together, to form these grow co-operatives where they could all farm on a single plot of County open space land. This idea caught on, and several groups of farmers got together and approached the County for access to property.

In theory, it seemed like an elegant way to increase the amount of local food being grown in the area, and, at the same time, support numerous start-up farmers without having to divide and sub-divide Boulder County Open Space and Mountain Park (OSMP) properties.

In practice, however, things proved more complicated than anticipated.

“If you take a 20-acre property and divided it up into 40 little parts, that all sounds good until you figure out something like there’s only one water delivery source,” Cooper explains. “And how are those 40 farmers going to allocate that? Who gets water on what day? And who doesn’t get to water their crops?”

The co-operative model becomes a logistical impossibility, he says. And one that, in several instances, resulted in these groups of farmers going out of business, together on the same plot of land like sailors going down with a ship.

“Suffice it to say, the groups did not persist for very long and the properties were generally turned over to the best of the survivors,” Cooper says. Survivors like Michael Moss, who outlasted the other farmers with whom he was sharing land, and eventually took over the property after they’d gone under in order to expand Kilt Farm.

“So, in a sense it did accomplish the goal of getting some start-ups actually in the game,” says Cooper.

But it also gave rise to the infamous 80 percent farm failure rate.

That’s important to recognize because many farmers, like Alice Starek, who owns and operates The Golden Hoof farm with her husband, Karel, thinks that people attributed that number, wrongly, to farmer incompetence and inability, as if that 80 percent failure rate indicated a deficiency of quality farmers in the area.

“I don’t think lack of farming knowledge is the limiting factor, overall,” she says. According to her, the root causes are environmental, economic and systemic. Many of the farmers who went under were capable, experienced and entrepreneurial, Starek says.

Some, like Moss, faced severe weather challenges that crippled their businesses — one unlucky hail storm and a farmer’s entire margin of profit might go on the chopping block. Drought and flood also pose equally catastrophic threats to farmers here. And since the U.S. Department of Agriculture (USDA) doesn’t offer crop insurance for most organic produce farming, severe and unpredictable weather can make or break these farms.

Economic factors like the cost of living and cost of labor also play huge roles in the success of market farmers in Boulder County. Living in the area is not cheap, and farmers who want to compensate their farmhands fairly are faced with some tight budget margins.

“The need to hire and keep and house farm labor is almost becoming a cost-prohibitive barrier to success,” says Cooper. It is a problem that farmers here feel acutely — particularly during hardship.

It can be difficult to find employees that will stick with you, agrees Moss. “It’s hard to compete against Discount Tire or a fast food restaurant that’s paying way more than we can really afford to pay.”

And, without OSMP leasing land to market farmers, there would be almost no way for them to afford agricultural land on their own in Boulder County, where the average price for purchasing a farm is $1.9 million.

In fact, most market farmers in Boulder County are stretched so thin that they have no other choice but to supplement their farming income with side hustles and outside earnings.

“Many exemplary farms become nonprofits associated with educational outreach and derive income from classes and donations because the margins are so low for food,” Starek says. “The typical business model for selling local food has you maybe showing a profit in five years if everything goes well — and that profit will likely be well below a living wage.”

Some farmers grow Christmas trees, some grow medicinal hemp, horse hay or decorative pumpkins; others operate restaurants, catering businesses or sell potted plants. According to the USDA, 82 percent of U.S. farm household income comes from this kind of off-farm work. It’s the only way market farmers can afford to run their farm and sustain their families at the same time.

And, systemically speaking, the market space for farm-grown organic produce is extremely narrow. Sure, farmers’ markets are great places to buy some fresh, locally grown organic produce during the summer. But in reality, a small percentage of food consumed in Boulder County is produced locally. The niche these producers are filling is slim — and, without a cultural paradigm shift around food and farming, it’s unlikely that it’s getting wider any time soon.

With so many factors playing into the failure of a Boulder County farm, the touted 80 percent failure rate paints the picture in far-too-broad of brush strokes. It is not all (or even mostly) about competency — Boulder’s farmers just have a lot of cards stacked against them.

“You can say whatever you want about experience levels and that kind of thing,” agrees Cooper. “But for the most part, the individuals that haven’t made it have been because of factors that were beyond their control.”