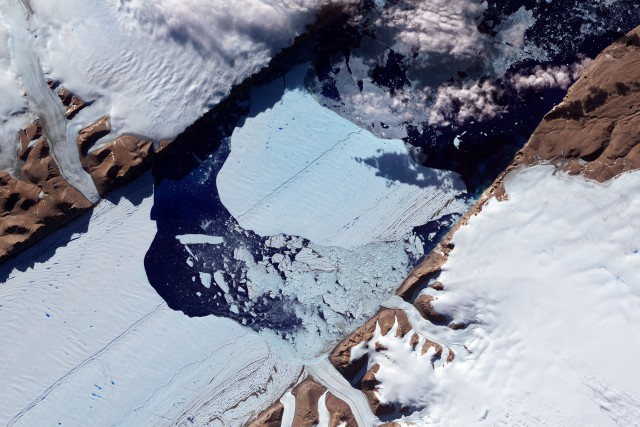 Climate change threatens to become “severe, pervasive and irreversible,” according to the latest report from the Intergovernmental Panel on Climate Change (IPCC).

The warnings come in the Summary for Policymakers of the IPCC’s Climate Change 2014 Synthesis Report, itself a distillation of the three distinct volumes of the Panel’s Fifth Assessment Report (on climate science, impacts and mitigation). The first volume published in September 2013.

The IPCC chair, R.K. Pachauri, said at the Summary’s launch in Copenhagen: “We have the means to limit climate change. The solutions are many, and allow for continued economic and human development. All we need is the will to change…” The Panel insists that adapting to climate change will not be enough, and that the world must make “substantial and sustained reductions of greenhouse gas emissions.”

Pachauri said, “To keep a good chance of staying below 2 degrees Celsius [the international threshold for temperature rise], and at manageable costs, our emissions should drop by 40 percent to 70 percent globally between 2010 and 2050, falling to zero or below by 2100.”

The Summary, spelling out in careful terms what this means, says: “A large fraction of anthropogenic climate change resulting from CO2 emissions is irreversible on a multicentury to millennial timescale, except in the case of a large net removal of CO2 from the atmosphere over a sustained period.”

Put more simply, this means that without an effective way to clean up the main greenhouse gas, the world will face permanent changes. Unfortunately, the method proposed for cleaning the atmosphere — carbon capture and storage — has not yet proved itself at scale.

So Pachauri’s plea that the world finds “the will to change“ is fine, so far as it goes. The problem is that there are also several technological hurdles still to surmount.

And that’s not the only problem with this report. As with previous major IPCC reports, it unavoidably trails a ways behind the current known facts. The authors of the three volumes on which the Summary is based, and which were published over the last 14 months, were able to consider only climate science published before March 15, 2013.

But among research published since then — and too late to be considered by the IPCC teams — was a NASA report suggesting that the melting glaciers of West Antarctica may have passed the point of no return, with serious consequences for global sea levels.

Yet the IPCC Summary says simply: “Abrupt and irreversible ice loss from the Antarctic ice sheet is possible, but current evidence and understanding is insufficient to make a quantitative assessment.”

Other recent advances in climate science that were published too late for the Panel to consider relate to the Greenland ice sheet and to the Amazon.

This is not to blame the IPCC for producing a report that has serious gaps. Its assessment reports appear only once every six or seven years, and are written by unpaid volunteers, supported by a permanent staff of around 12 people.

But if you hear the IPCC being accused — as it often is — of alarmism, consider how truly alarming the Summary would have been if the authors had been able to digest all we now know about the effects of climate change.