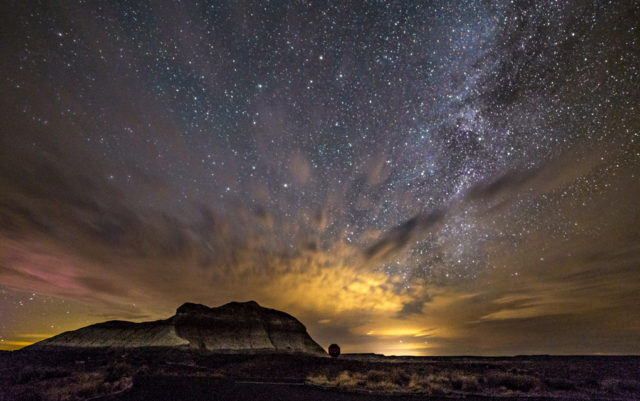 Amid recent turmoil in the Bureau of Land Management (BLM) — the contested relocation of its headquarters from Washington, D.C. to Grand Junction; widespread opposition to its anti-public-lands acting director William Perry Pendley; and the questionable confirmation of a new oversight official who previously worked for the oil industry — there may be cause for optimism about the future of public lands.

New polling data from the Center for Western Priorities (CWP), a Denver-based policy and advocacy organization focused on land and energy issues across the American West, indicates voters in five mountain states are united across party lines in one major goal: resource conservation.

This finding comes from a survey CWP deployed between August and September 2019, which asked likely voters in Arizona, Colorado, Montana, Nevada and New Mexico for their opinions on several public lands issues. In a report detailing the findings published on Oct. 3, CWP affirms the overwhelming majority of voters consider themselves outdoor enthusiasts; more than 90% agree that the mountains and the outdoors are what makes living in their state special; and they agree that belief would heavily influence the way they vote in upcoming elections.

In a media conference call on Oct. 3, CWP Executive Director Jennifer Rokala explained public lands and the outdoors have become increasingly important issues in competitive election races across the Mountain West in recent years. “Westerners care deeply about our public lands and we vote on them,” she said. Last year, CWP labeled the five states the “Outdoor Voting Bloc.”

The survey found most Western voters not only use public lands, but they care about how those lands are protected: 51% labeled themselves as “conservationists,” 61% believe the U.S. needs to “protect new deserving public lands,” and 81% support increased spending on existing public lands “to ensure that our national parks, wildlife refuges, monuments and other lands have the necessary funding for access and maintenance.”

When asked about how the current administration is handling issues related to public lands, parks and wildlife in the West, 50% of voters altogether said they disapprove, though the opinion wasn’t evenly distributed along party lines: 85% of Democrats, 53% of Independents and only 10% of Republicans conveyed disapproval.

Nearly 70% of all voters, however, did express opposition to the reduction of national monuments such as Bears Ears and Grand Staircase-Escalante; that includes 81% of Democrats, 70% of Independents and 56% of Republicans. Majorities in all three parties also consider positions on “public lands, waters, and wildlife” to be more important than positions on “environment and climate change” when examining a candidate’s fitness for public office, an interesting distinction given the climate crisis.

Brian Gottlieb, founder and president of Gottlieb Strategic Research, the polling firm CWP contracted, emphasized overall support for conservation is heavily bipartisan, particularly on the issue of permanent funding for the Land and Water Conservation Fund (LWCF), a congressional program that uses revenue from offshore oil and gas productions to support the conservation of land and water: 87% of Democrats, 78% of Independents and 70% of Republicans agreed the LWCF should be fully funded.

The western unification of values that’s reflected in CWP’s poll is also apparent in current elected officials. Recently Sen. Michael Bennett (D-CO) led other key leaders in the “Outdoor Voting Bloc” — Tom Udall (D-NM), Martin Heinrich (D-NM) and Jon Tester (D-MT) — plus another seven Senate Democrats, in a letter campaign on Sept. 26, calling for the termination of BLM acting director Pendley’s authority. “For decades, Mr. Pendley has advocated for the widespread sale of public lands and fought to erode America’s conservation legacy,” the letter states. “The American people deserve a leader at the BLM who will work on behalf of its mission.”

As local 2019 elections for new public officers draw near and campaigns for the 2020 elections continue to gain traction, “It will be worth watching to see if more candidates highlight an agenda of protecting the West’s outdoor way of life in their strategies to win,” CWP’s Rokala said.