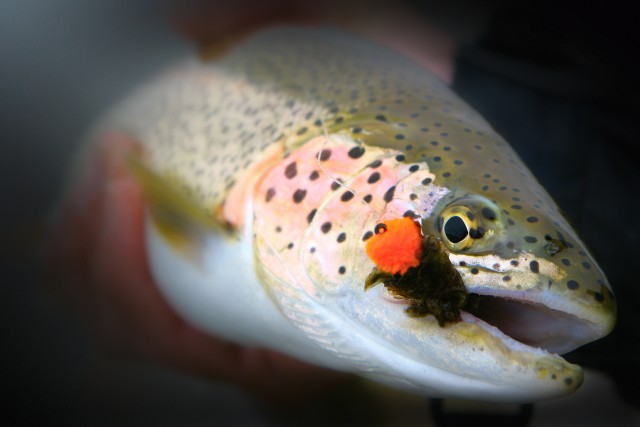 BATTLE CRY ISSUED FROM 180,000 OPPONENTS OF PEBBLE MINE

Opponents of the proposed Pebble copper mine in Bristol Bay, Alaska, have come out in full force, flooding the Environmental Protection Agency (EPA) during a public comment period on the proposal with about 200,000 comments in opposition to the project, and the EPA is still counting.

Of the comments received during a 60day comment period, preliminary analysis suggests that about 98 percent of them rejected plans to develop the Pebble Mine, which environmental groups argue would devastate the surrounding ecosystem.

Bristol Bay, located near the southwest corner of Alaska, is home to the largest sockeye salmon fishery in the world, not to mention 25 recognized indigenous tribes that have relied on salmon for sustenance for nearly 4,000 years, according to the EPA.

Because of the low quality of ore in the area, the mine would need to cover a very large area to be considered economically feasible. If fully mined, however, the EPA estimates the project could produce more than 11 billion metric tons of ore, which would make it the largest North American mine of its kind.

Environmentalists have expressed concern that the project could require storing up to 10 billion tons of waste at the headwaters of the bay, a situation complicated by the high incidence of earthquakes in the area.

Even if the mine runs smoothly without any accidents or spills, it would destroy up to 87 miles of potential salmon spawning streams and 4,200 acres of wetlands, according to the EPA’s assessment of the proposed project.

The mine, which the EPA estimates could continue producing ore for the rest of this century, would require building pipelines, roads and a deep water port, among other infrastructure that could potentially threaten the ecosystem.

The Pebble Mine project has received heavy criticism not only from environmental groups around the country, but also from former Alaska Gov. Jay Hammond, more than 600 hunting and angling groups and more than 700 businesses, including jewelry company Tiffany & Co.

“Despite the best of intentions, 175 years of experience sourcing precious metals tells us that there are certain places where mining cannot be done without forever destroying landscapes, wildlife and communities,” the Tiffany & Co website reads.

“We believe Bristol Bay is one such place.”

Opponents of the Pebble Mine project say they hope the EPA and the Obama administration will use their authority under the Clean Water Act to prevent the mine from ever being developed.

The proposal will now move on to be peer-reviewed by a panel of experts on Aug. 7 and 8, after which EPA staff will decide whether to apply principles from the Clean Water Act to stop the Pebble Mine project.