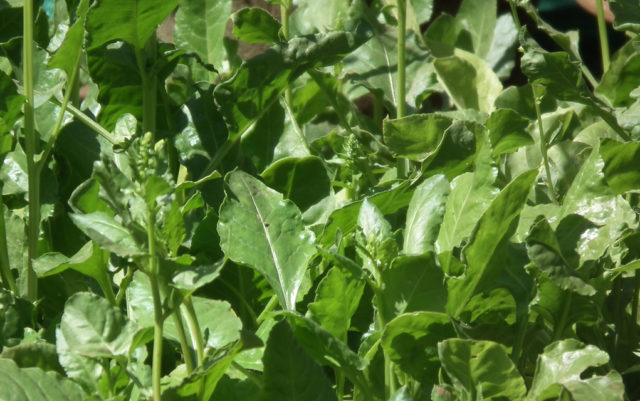 According to a study in the journal Nature Materials, scientists have nanoengineered a spinach plant that is able to detect the presence of nitroaromatics, chemicals commonly found in explosives. The goal of this is to interpret the chemical signals that plants use to determine information about the groundwater and soil nearby.

To create these bomb-sniffing spinach plants, the scientists developed a carbon-based tube that acts as a sensor for the plant. The tubes glow a different color under infrared light, allowing scientists to see when a plant detects changes in the soil and the environment around them.

With this technology, it is possible to get information from plants that would take people much longer to determine. For example, a plant can tell if there is a drought imminent far before a human can because of the shifts in the availability of nutrients in the groundwater and soil. But with the types of chemical indicators these scientists are studying, it is possible to read the plant’s chemical signals to determine when a drought is coming.

There is a wide range of possibilities for this technology, and it may even be taken as far as to detect changes in the composition of the soil and water around the plant, leading to earlier detection of contaminated soil and water.

During a side event at COP22, the conference of the U.N. Convention on Climate Change in Marrakesh, Morocco, representatives from major world religions, financial institutions and foundations gathered to advocate for a switch to investing in cleaner energy, leaving fossil fuels behind.

In a historic push for divestment, the Islamic Society of North America (ISNA) announced that it was no longer investing money in fossil fuels, but rather in renewable energy with hopes for a greener future.

“According to Islam’s most basic and fundamental teachings, human beings have been uniquely charged with the great responsibility of being guardians of the Earth,” Dr. Azhar Azeez, ISNA’s president, told the meeting according to Climate News Network.

In a statement, the group of faith leader’s pledged their commitment to rapidly change out fossil fuels with renewable energy sources in order to keep the world’s average temperature from rising more than 1.5 degrees Celsius above pre-industrial levels. Other notable signatories include the Dalai Lama, Archbishop Desmond Tutu and Gretchen Castle, general secretary of Friends World Committee for Consultation.

The group not only aims to cut public finances investment in fossil fuels, but also to end energy poverty through the use of renewable energy and protect the rights of people and communities caught in the transition. ISNA’s divestment could help turn fracking investors away in the United States, and has other possible implications, such as igniting debate in the oil-rich countries of the Middle East. 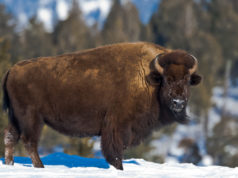