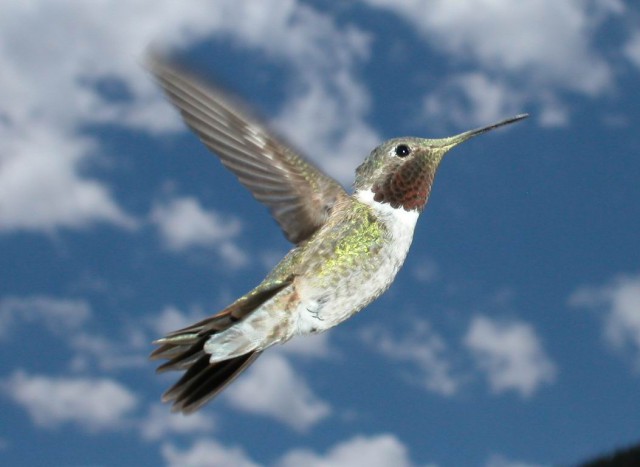 CATCH A FREE RIDE THIS SUMMER GOING BETWEEN LYONS AND BOULDER The great dilemma for reconciling your sweet summer plans with your interest in preserving the planet home to your favorite bluegrass bands often comes down to transportation. Which is why this summer, from May 25 until Aug. 31, a free shuttle will run between Boulder and Lyons on weekends.

The Lyons-to-Boulder Shuttle runs from the Boulder Transit Center at 14th and Walnut to the Lyons Park-n- Ride at Fourth Avenue and Broadway, stopping along the way in multiple locations. Catch a free ride Friday evenings and Saturdays from 10:30 a.m. to 11 p.m.

“The route offers a great solution for people looking to attend the Lyons and Boulder summer festivals or for a quick trip for dinner or to see friends,” Boulder County Transit Planner Jared Hall said in a press release.

Route map and schedule are on the Town of Lyons website at www.townoflyons.com.

SURPRISE SURPRISE Who could have guessed that climate change could be threatening wildlife here in Colorado? The Center for Biological Diversity and the U.S. Fish and Wildlife Service are crazy enough to believe that warmer temperatures could be doing just that.

The two groups recently announced that alpine-loving wildlife, such as the white-tailed ptarmigan, are in danger of losing their natural habitat as our winters become hotter and hotter.

“The ptarmigan is uniquely adapted to living its entire life on the top of mountains, but because of global warming it is literally at risk of being pushed off the top of the mountain,” Noah Greenwald, the endangered species director at the Center for Biological Diversity, said in a press release.

Although the white-tailed ptarmigan population remains stable, they are now top candidates for protection under the Endangered Species Act.

WHEN IT RAINS, IT POURS Just when you thought one endangered bird was bad, the National Science Foundation calls our attention to another bird that risks extinction due to warming winters. The broadtailed hummingbird, which migrates north from Central America in the spring to the Rocky Mountains, is missing its chance to get nectar from flowers that are blooming earlier every year.

The glacier lily, which hummingbirds depend on to nurture their newborns, is blooming more than two weeks earlier than it did four decades ago because warmer conditions are moving spring forward.

Although the change might seem slight to those who don’t depend on the flower’s life-giving nectar, scientists predict that if current trends continue, within 20 years the lilies will bloom and wither before the birds even have a chance to make it to the mountains.