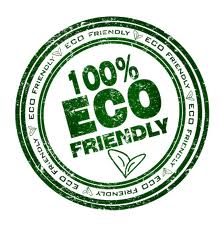 “Because we don’t think about future generations, they will never forget us.”

By now, it’s hard to find a company that doesn’t understand the importance of environmental responsibility as a sales tool. Recent research shows that consumers now base many of their purchasing decisions on how green they perceive a particular company to be.

According to a recent article on the Marketplace website, “American consumers expect companies to address the full environmental impact of a product’s lifecycle, from the impacts associated with manufacturing the product (90 percent), to using it (88 percent), to disposing of it (89 percent). And 69 percent of American consumers routinely or sometimes consider the environment when making a purchasing decision.”

While this should be good news for the environment and those companies making real strides to be green, it should also come as a warning to those who practice the black art of “greenwashing.” That’s to say the art of being environmentally responsible in marketing pitch only while still screwing the planet in reality.

That’s because this same research also found that more than 70 percent of consumers would consider boycotting a company and its products if it were found that it had lied about its environmental practices.

“Manufacturer beware,” has a nice ring to it.

Sheath that willie for Earth Day

Proponents of global population control have long suggested that human overpopulation is contributing to the demise of endangered species around the world. So forget for a minute that one person born in the United States will consume more of the planet’s natural resources than 27 kids born in a Third World country. We’re just saying.

But if the too many people argument is your cup of tea, you are in luck this April 22. For its part of this year’s Earth Day celebration, The Center for Biological Diversity will be distributing 100,000 free endangered species condoms around the country. According to the organization’s promotional materials, the group has teamed up with artist Roger Peet to create colorful condom packages featuring a variety of species including Polar bears and dwarf seahorses. Happy Earth Day … and bring a date.