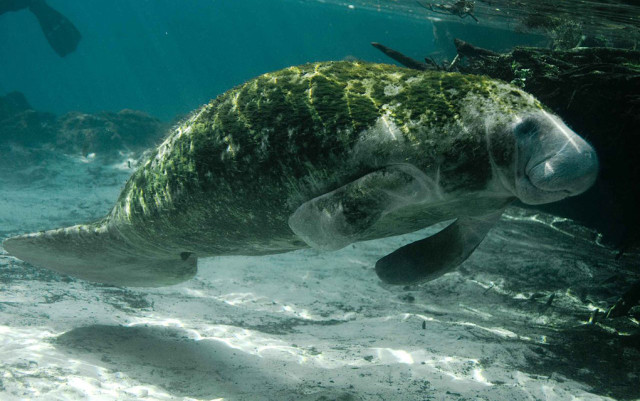 In early January, the U.S. Fish and Wildlife Service (USFWS) replied to many petitions regarding the Endangered Species List, which led to several changes in species’ listings.

On Jan. 8, USFWS proposed relisting the West Indian manatee as threatened, a step down from its previous endangered listing. The species has been listed as endangered since the Endangered Species Act passed in 1973. Current estimates suggest the existence of 6,350 manatees in the southeastern United States and 532 in Puerto Rico, according to the USFWS. The decision follows a 2007 recommendation to down-list the species after a five-year review.

On Jan. 14, the USFWS finalized a ruling to list the northern long-eared bat as threatened effective Feb. 16, due to rapidly declining populations caused by white-nose syndrome, a fungal disease that affects many hibernating U.S. bat species.

Similarly, on Jan. 11, USFWS also released a response to 17 other petitions, 11 of which will undergo further review to decide if a listing is warranted and six which will not. In the case of the Cabinet-Yeak grizzly bear, currently listed as threatened, USFWS denied petitions both to delist and uplist the species. The USFWS also denied petitions to list the Colorado desert fringe-toed lizard, Kings River slender salamander, sandstone night lizard and the Yellowstone bison as threatened or endangered. The Great Basin silverspot, narrow-foot diving beetle, Northern Rocky Mountain fisher, Scott riffle beetle, four species of skinks from the U.S. Virgin Islands and three from Puerto Rico will all receive 12-month reviews.

Spread of Ebola, other diseases linked to poverty

According to a recently published study, poverty played a crucial role in the spread of Ebola in Liberia and other West African countries. Many factors, including lack of health education, overcrowding of slums and lack of access to sanitary food and water, contributed significantly to the spread of disease.

Researchers from the Liberian Ministry of Health and the Yale Center for Infectious Disease Modeling and Analysis evaluated more than 3,500 Ebola cases reported in 2014 to determine the effect of poverty on the transmission and spread of Ebola. They found areas of extreme poverty were more likely to be associated with high rates of Ebola transmission and spread. Their work was published on Dec. 31 in the Public Library of Science journal Neglected Tropical Diseases.

This is not the first study linking poverty and the spread of disease. A paper published by the National Center for Biotechnology Information (NCBI) in 2012 found that poverty, although arguably the most potent risk factor for susceptibility to disease, is often overlooked for its difficulty to be quantified in medical terms.

However, the World Health Organization (WHO) includes poverty in its definition of neglected tropical diseases (NTDs), such as Ebola. NTDs are infectious diseases that disproportionately affect the world’s poor, and have only begun being contextualized within the scope of poverty by WHO since a study by the organization in 2010.

The 2015 paper “implies a need for more investment, time and effort spent on improving health and education in urban communities,” said Elizabeth Hamann of the International Rescue Committee in a SciDev.net article.