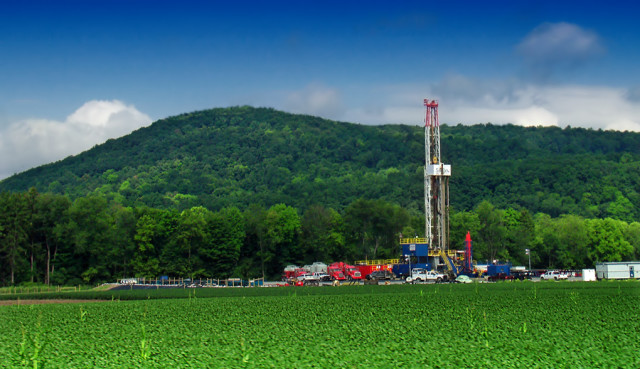 Pennsylvania Governor Tom Wolf announced new rules to cut methane pollution from the oil and gas sector across the state. These rules seek to cut emissions from leaks and waste that occur during the process of obtaining, transporting and processing of natural gas. This is an important step for Pennsylvania, as the state produces the second most natural gas of any U.S. state, after Texas.

The framework of the plan is provided by the Pennsylvania Department of Environmental Protection, and has a broad reach on new regulations and permits for the oil and gas industry. By including regulations for new and old sources of oil and gas, as well as transmission and distribution of the products, the state is attempting to regulate natural gas at every step, creating guidelines for newly developed sources while keeping existing sources up to par.

“We are uniquely positioned to be a national leader in addressing climate change while supporting and ensuring responsible energy development, creating new jobs, and protecting public health and our environment,” Wolf said in a press release.

According to the U.S. Environmental Protection Agency (EPA), while accounting for 10 percent of U.S. greenhouse gas emissions, methane is much more efficient at trapping radiation than carbon dioxide, giving it a comparably larger effect on climate change. The EPA also reports that the effects of methane are 25 times stronger than carbon dioxide in a 100-year period. As Boulder Weekly has previously reported, several other leading scientists argue methane is 100 times more potent than carbon dioxide.

Natural gas systems are the second largest emitter of methane in the country, not far behind domestic livestock. The Clean Air Council reports that electricity generation accounts for 82 percent of toxic air pollution in Pennsylvania, which ranks second in toxic air pollution behind Ohio. The stricter regulations on methane emissions aim bring the state one step closer to clean air.

Researchers from the California Institute of Technology may have found Pluto’s replacement.

Konstantin Batygin and Michael Brown have found evidence of the existence of a ninth planet by using computer simulations. The planet has not been observed directly, as it orbits 20 times farther from the sun on average than does Neptune.

To be considered a planet, an orbiting body must be gravitationally dominant. The new planet lies inside the Kuiper Belt, a region of icy bodies — including Pluto — beyond Neptune. Six other celestial bodies in the Kuiper Belt have observed orbits in near same patterns, which led the researchers to believe something must be affecting their orbits, i.e., Planet Nine.

Based on the data thus far, scientists believe Planet Nine could be the fifth largest planet after Jupiter, Saturn, Uranus and Neptune. Planet Nine is believed to have a mass of about 10 times that of Earth and 5,000 times that of Pluto.

A similar situation happened with the discovery of Neptune. And careful observation of Uranus in the 19th century indicated another celestial body was influencing its orbit.

Brown is also known for his work in getting Pluto demoted from a planet to dwarf planet on account of its size. His early work in identifying small worlds in the outer solar system (and the discovery of Eris, another dwarf planet originally believed to be larger than Pluto) led the International Astronomical Union to redefine “planet.”