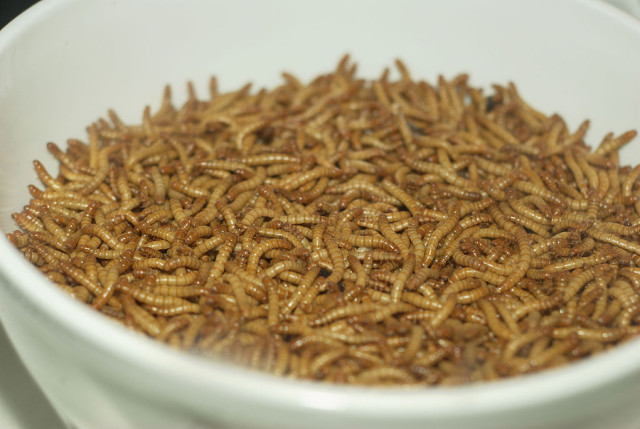 Scientists from Beihang University in Beijing and Stanford University recently published findings showing that mealworms are capable of eating and digesting plasticbased products, debunking the long-accepted notion that plastic-based products are non-degradable.

“The findings are revolutionary,” said Stanford engineer Wei-Min Wu in an interview with CNN. “This is one of the biggest breakthroughs in environmental science in the past 10 years.”

The mealworms, which were able to produce biomass and biodegradable materials from plastic, possess bacteria in their stomachs that allow them to digest plastic.

Moreover, the mealworms on a plastic-fed diet grew just as healthy as a control set fed on a normal diet of bran.

Researchers now hope to further study and artificially create the conditions of the mealworms’ stomachs in order to manufacture new ways of biodegrading plastic, which could alleviate the significant environmental problems caused by plastic waste around the world. Currently, over 220 million tons of plastic is produced annually. More specifically, over 13 million tons of plastic floating in the world’s oceans alone, causing the deaths of over a million seabirds a year, as well as over 100,000 marine mammals annually.

Despite the breakthrough, Wu told CNN that a potential solution found with the report’s findings would only complement effects to make sure plastic is disposed of properly in the first place. “We need to be better at recycling,” he said. “We shouldn’t waste plastic anywhere.”

The Massachusetts Institute of Technology (MIT) announced earlier this month that Boulder has been chosen to host a global climate change collaboration project that focuses on building community ties to fight climate change. The project, named Climate CoLab, seeks to bring experts from all over the world together and magnify Boulder’s efforts to combat climate change by building community connectivity through methods such as crowdsourcing and the building of inter-organizational ties.

“We are thrilled that the prestigious MIT Climate CoLab is providing the City of Boulder a platform to gather direct input from anyone who has an interest in climate change,” said Greg Guibert, chief resilience officer for the City of Boulder, in a City press-release. “We are looking for new, creative innovations to emerge, whether it is a mobile application, a web portal or a new format for bringing people together to address climate change.”

MIT’s selection of Boulder to pilot the Climate CoLab rests in part on the already existing prominence of local climate experts and environmental organizations, as well as the “lack of collaboration” that, according to the program’s website, is characteristic of many progressive communities.

Climate CoLab will be accepting proposals from individuals and teams with community-centered innovations for the Boulder area through January 2016 . From there, the proposals will be reviewed by two bodies, a team of judges including Boulder Chamber of Commerce CEO John Tayer and local sustainability project c3Boulder, and a second group comprised of the general public, who will vote in spring 2016 to decide the best project proposals.