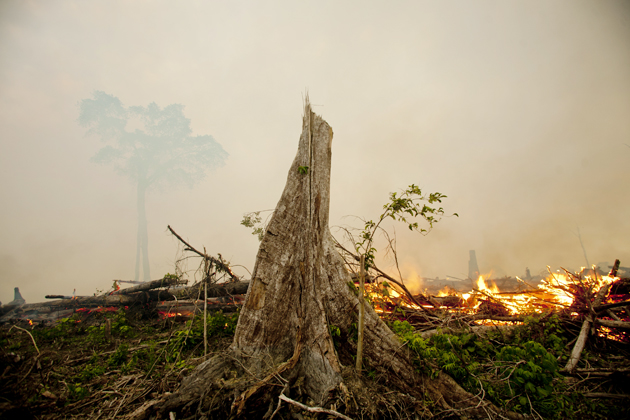 In an effort to further the conversation on “the most effective, cutting-edge, out-of-the-box solutions to the climate conundrum” and initiate actions they see as increasingly urgent in the face of the pending effects of global climate change to our ecosystems, food and water supplies, economies and biodiversity, the Rainforest Action Network is hosting a panel of local environmental activists on June 3. Panelists for “Radical is Reasonable” will be Lindsey Allen, executive director of Rainforest

“There is an urgent need to hold the world’s largest corporations accountable for the massive environmental destruction, human rights violations and climate pollution they cause,” Lindsey Allen, executive director for Rainforest Action Network, said in a press release. “Rainforest Action Network specializes in taking on these big fights, but we can only win them with a strong base of people who are fired up to make it happen. This is why we’ve brought together leading activists in a leading activist town to discuss this important topic: We believe that strength in community inspires true, effective change.” Rainforest Action Network’s current achievements include securing commitments from major snack food producers, Mars, Kellogg’s and General Mills, to reduce the use of palm oil, a contributor to carbon pollution and deforestation, and from nine of 10 major print publishers, including Disney, to stop hardwood fiber sourcing.

Levi Strauss & Co. has a new idea for increasing the eco-friendliness of their jeans: They suggest wearing dirty jeans.

At the Fortune magazine’s Brainstorm Green conference in Laguna Niguel, Calif. on May 20 about sustainable fashion, Levi Strauss & Co. CEO Chip Bergh told audiences that not washing jeans not only is better for the environment, but also helps keep them in newer condition.

While the Levi company can make changes to the environmental impact of making jeans, Bergh noted that the impact lasts throughout the lifetime of the jeans. Only half of water use in the jeans business is from the production process itself, according to Fortune. So Bergh called for the reduction of water usage on the customers end, simply by not washing their jeans as often.

Bergh noted that the jeans he was wearing at the time had not being washed in over a year, and said he has yet to get a skin disease.

Levi’s VP of Women’s Design Jill Guenza has previously mentioned in an Elle magazine article that sticking jeans in the freezer can kill many of the bacteria, but not all of them, and curb the odor of the unwashed jeans.