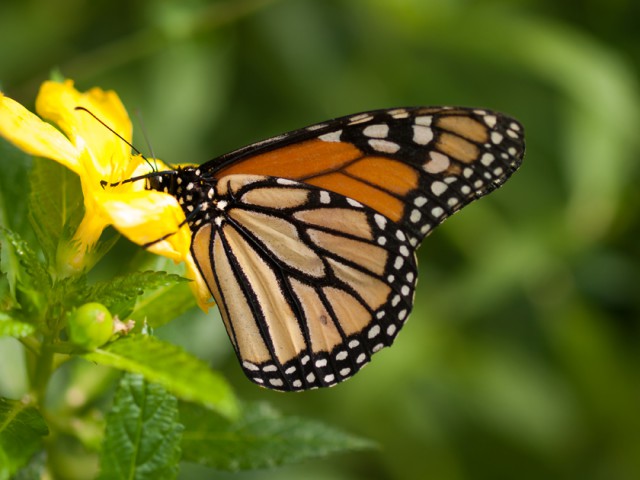 Human activity has increased animal extinction rates by a factor of 1,000, but according to a recent study led by Duke University, new technology can help scientists and governments identify and protect endangered species.

“Online databases, smartphone apps, crowd-sourcing and new hardware devices are making it easier to collect data on species,” Stuart L. Pimm, Doris Duke Professor of Conservation Ecology at Duke, said in a press release. “Most species remain unknown to science, and they likely face greater threats than the ones we do know.”

Without immediate action, the report finds that this could become the sixth mass extinction in Earth’s history. However, creating expanded databases can help scientists find species trends and patterns that were not visible before.

“For instance, we now know that most land-based species have small geographical ranges — smaller than the U.S. state of Delaware — and are geographically concentrated. The same pattern seems to hold for marine life, according to new data we are reviewing. Species with small ranges are disproportionately likely to go extinct,” Pimm said in the press release.

The study found that traditional conservation of land and water might not be doing enough to protect species, especially in freshwater.

“Most species live outside protected areas, so understanding how their environments are changing is a vital task,” Pimm said.

“The gap between what we know and don’t know about Earth’s biodiversity is still tremendous — but technology is going to play a major role in closing it and helping us conserve biodiversity more intelligently and efficiently,” said Lucas N. Joppa, a conservation scientist at Microsoft’s Computational Science Laboratory in Cambridge, U.K., in the press release.

A recent study found that industrial farming has led to a 21 percent decline in milkweed plants, the only plant that monarch caterpillars eat before developing into butterflies, since 1995. That decline has been mostly in the central breeding region for the monarchs.

“Our work provides the first evidence that monarch butterfly numbers in eastern North America are most sensitive to changes in the availability of milkweed on breeding grounds, particularly in the Corn Belt region of the United States,” Ryan Norris, a professor in the University of Guelph’s Department of Integrative Biology, said in a press release.

Scientists have long attributed the decline in monarch populations to the butterflies’ winter home in Mexico, according to the study.

The study shows a connection between an increase in genetically modified, herbicide-resistant crops and the current population decline of monarch butterflies in eastern North America. More than 70 per cent of milkweed in the south and central United States is located in agricultural-intensive landscapes where genetically modified crops are increasing.

Without any conservation efforts, the study estimates that the monarch population can see a population decline of 14 percent this year alone.