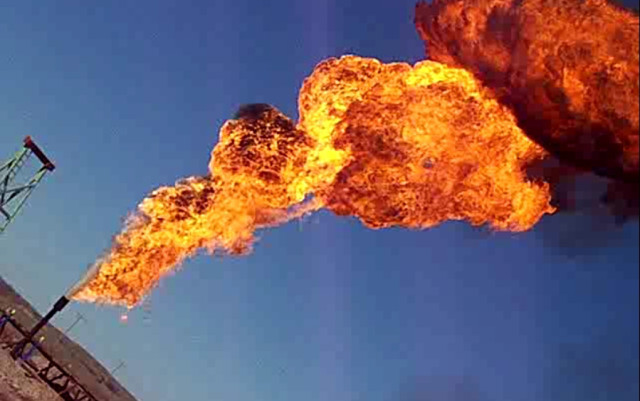 The massive methane gas leak at a storage facility near Los Angeles has raised public health concerns since workers realized three and a half months ago that it was spilling 58,000 kilograms per hour into the atmosphere. But leaking methane, a potent greenhouse gas, is more widespread than this single location. A series of studies has revealed that methane leaks are a pervasive, nationwide issue, and that many leaks have gone undetected for decades.

For example, the Home Energy Efficiency Team in Cambridge, Massachusetts, requested reports from the utility companies that serve Boston and found 1,853 leaks from as early as 1985.

In another study, researchers from Boston University and Duke University drove cars with methane-measuring, GPS-equipped devices to geographically map out methane leaks in cities. They found 3,356 leaks in Boston over 785 miles of driving. The same team also identified 5,893 methane leaks in Washington, D.C., over 1,500 miles of road.

Those leaks don’t include the methane that utilities intentionally release into the atmosphere by “flaring,” or burning off excess methane as waste. Flaring accounts for almost 20 percent of all natural gas consumption in the U.S. every year, according to a study by the National Oceanic and Atmospheric Administration and the Cooperative Institute for Research in the Environmental Sciences at the University of Colorado.

Plus, the most recent study by the U.N.’s Intergovernmental Panel on Climate Change found that atmospheric methane levels are higher than they have been for at least 800,000 years.

Research from North Carolina State University and the University of Michigan shows that antibiotics can promote Clostridium difficile, or C. diff, by killing off certain microbes in the large intestine.

C. diff is a harmful bacterium known to cause painful and sometimes lethal infections. In order to develop, the normally dormant C. diff needs to grow bacteria that produce toxins that will damage the large intestine. Casey Theriot, an assistant professor of infectious disease at North Carolina State, decided to further research the nature of bile acids that hinder the infection.

Through various experiments on mice, he and two other scientists discovered that the bile acids normally found in the large intestine hinder the growth of C. diff. However,  antibiotic treatment can prevent bacteria in the gut from producing these acids. And without the acids present, the C. diff was able to grow.

“These findings are a first step in understanding how the gut microbiota regulates bile acids throughout the intestine,” Theriot said in mSphere. “Hopefully they will aid the development of future therapies for C. difficile infection and other metabolically relevant disorders such as obesity and diabetes.”

This information could be potentially useful to Colorado’s health departments, which have seen an increase in the number of people with C. diff infections. The ninth annual report published by the Colorado Department of Public Health and Environment shows that the new statewide rate for C. diff in hospitals is worse than the national average.