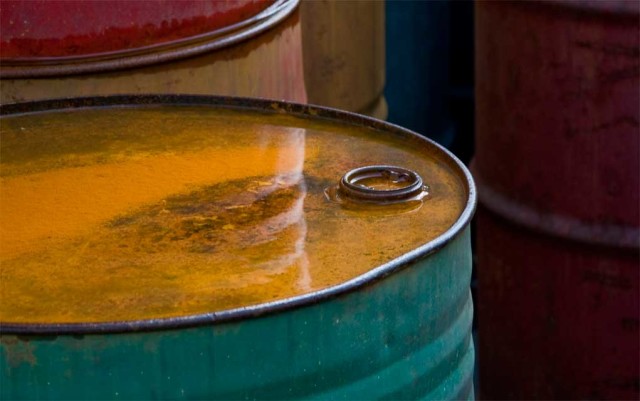 In the first week of February, President Barack Obama announced a $10-per-barrel tax on oil imports as part of a $32 billion annual investment in public transit and clean vehicles.

The tax would go into effect for the 2017 fiscal budget, Obama’s last as president, and it comes shortly afterw the international Paris Climate Agreement, in which the U.S. was one of 195 countries that agreed to reduce greenhouse gas emissions.

Money from the tax will fund advancements in public transportation, such as high-speed and magnetic levitation trains; it’ll also go toward bonuses for states that cut carbon emissions from transportation, research into low-carbon vehicles and development of autonomous cars.

Unsurprisingly, congressional Republicans and the oil industry slammed the tax. In a statement, House Speaker Paul Ryan called the tax an “election-year distraction” and accused the president of sacrificing the American economy to “appease progressive climate activists.”

The tax could increase gas prices by as much as 22 cents per gallon, but the Obama administration sees it as “a clear incentive for private sector innovation to reduce our reliance on oil,” according to a White House fact sheet.

“For too long, there’s been strong bipartisan agreement that we need more transportation infrastructure, but it hasn’t been accompanied by the political will to fund it,” Jeffrey Zients, director of the National Economic Council, said to Scientific American.

A panel commissioned by the Food and Drug Administration (FDA) found it is “ethically permissible” to create “three-parent babies” through mitochondrial replacement techniques (MRT). The committee recommends that the FDA approve testing but only for women who have severe mitochondrial diseases that could lead to a child’s early death or an extreme disability.

All people have two types of DNA: mitochondrial and nuclear. The MRT process removes the mitochondria from the mother’s egg combining the father and mother’s nuclear DNA with a mitochondrial donation from another woman. The committee suggests only creating male embryos through MRT so future generations do not inherit the genetic mutations since only females can pass along mitochondrial DNA.

“Although MRT would not treat a person with a mitochondrial disease, its pursuit could satisfy prospective parents’ desire to bear genetically related offspring with a significantly reduced risk of passing on mitochondrial disease,” said Jeffrey Kahn, chair of the committee and a professor of bioethics at Johns Hopkins Berman Institute of Bioethics in a press release. “The limitations on MRT that we propose focus on protecting the health and well-being of children born as a result of the techniques.”

If research and testing can prove the alterations are safe, the policy may change to include females.

Legislators in Great Britain approved the process a year ago. In the U.S., the process still awaits congressional approval. However, the fiscal year 2016 budget prohibits government from using any funds to handle applications for experiments that genetically modify human embryos.