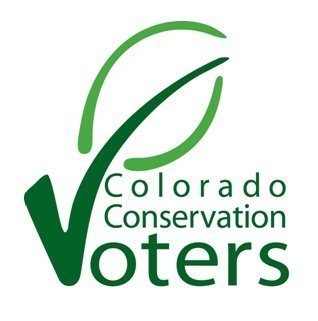 The Republican-led House of Representatives passed the ‘No More Solyndras’ Act in a 245-161 vote Sept. 14. The act requires
more oversight of the Department of Energy’s loan guarantee program, the same
loan program that supported a $535 million federal loan to California-based
solar company Solyndra, which declared bankruptcy in 2011.

Despite urging from Colorado Conservation Voters,
Rep. Scott Tipton (R-CO), voted for the bill. Colorado Conservation
Voters representatives say that Rep. Tipton has been supportive of clean
energy, but at the same time, has given confusing statements on his support of
the loan. Tipton was among three other Republican representatives from the
fourth, fifth and sixth Colorado districts to vote to pass the bill.

Polls have shown that Coloradans are supportive of renewable
energy, according to the Colorado Conservation Voters press release. Tools such
as loan guarantees and tax incentives are important for emerging technologies,
such as solar energy, to access capital and complete complex projects.

A Department of Energy loan may have not buoyed Solyndra to
success, but such loans have helped other companies, Colorado Conservation
Voters argues. Cogentrix Energy’s
facility in San Luis valley, which also happens to be in Tipton’s
congressional district, was aided by a loan. Their Alamosa Solar Generating
plant produces 30 megawatts of solar power to be used by customers of Public
Service Company, an Xcel energy subsidiary.

Pete Maysmith, executive director of Colorado Conservation
Voters, says he is disappointed with the outcome and that the result is a step
backward. But, he says, the bill’s passage was merely an empty political
gesture, the bill is unlikely to pass in the Senate and there is still a bright
future for renewable energy.

Researchers at the Massachusetts Institute of Technology
(MIT) have announced a new technique for recovering oil-contaminated water.
This method for magnetically separating oil and water could be used in cleaning
up oil spills, and researchers say the oil could be recovered to be reused,
offsetting a portion of the costs of a cleanup.

“The process may seem simple,” says Shahriar Khushrushahi, a
postdoc in MIT’s Department of Electrical Engineering and Computer Science, and
lead author on the paper, “but it is, inherently, supposed to be simple.”

Both the oil and water mixture would then be pumped into a
channel. Magnets outside the channel will direct the flow of the magnetized oil
mixture, diverting it down a side channel or pulling it through a perforated
wall.

How effective this new technique will be when dealing with
real life oil spills remains to be seen.