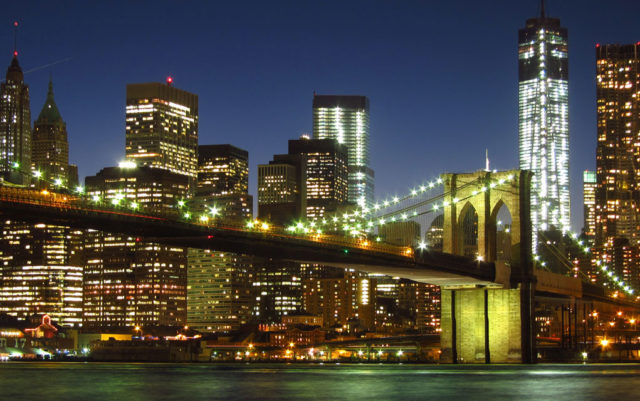 A new map of the sky reveals that light pollution is so prevalent, most Americans can’t see the Milky Way. Research done by an Italian institution shows that up to 99 percent of U.S. and 80 percent of global skies are plagued by light contamination.

Using tens of thousands of astronomical studies, the Light Pollution Science and Technology Institute created an atlas showing sky visibility around the world. They used the Suomi satellite, which rotates around the poles collecting images of light escaping and entering the atmosphere, and data provided by the National Oceanographic and Atmospheric Administration and the National Park Service.

Singapore is the brightest country on Earth, and the Middle East is the brightest region, with 98 percent of populations in countries like Qatar, Israel and the United Arab Emirates unable to see the Milky Way. The galaxy is drowned out by light in huge stretches of metropolitan areas including from Boston to Washington D.C., and from Belgium to Germany.

However, some low-inhabited places in Africa still have nearly pristine skies, like Chad and Madagascar, where background light accounts for less than 1 percent of the sky’s illumination.

Artificial light in the atmosphere harms the biological clocks of many species and also attributes to massive energy waste — up to $2 billion a year in the U.S., according to the National Optical Astronomy Observatory.

In 2003 the Boulder City Council passed an ordinance setting outdoor lighting standards in an effort to reduce light pollution.

On June 21, a Wyoming judge shut down the Obama Administration’s attempt at nationwide control of fracking on federal lands. Regulations for drilling on public lands, drafted by the U.S. Department of Interior’s Bureau of Land Management (BLM), were supposed to go into effect last year but were stalled in court.

After the BLM rules — calling for chemical disclosure and construction and storage protocols — were issued in May 2015, four states including Colorado, a Native American tribe, the Independent Petroleum Association of America and Western Energy Alliance filed multiple lawsuits claiming the agency was abusing its power.

U.S. District Court Judge Scott Skaydahl ruled that the BLM doesn’t have congressional permission to control hydraulic fracturing on federal and Indian lands given that the 2005 Energy Policy Act excludes fracking from federal oversight and gives regulatory authority to the states.

His opinion stresses that this case was about governmental power rather than the ethics of fracking. “No matter how important, conspicuous, and controversial the issue, … an administrative agency’s power to regulate in the public interest must always be grounded in a valid grant of authority from Congress,” he wrote.

While the oil and gas industry is celebrating the recent ruling, the Justice Department lawyers filed an appeal to Judge Skaydahl’s decision in the Tenth District Court of Appeals in Denver on Friday, June 24. Environmental groups, including EarthJustice and the Sierra Club, have also announced intention to file an appeal in the Tenth District.

Lena Moffitt, director of the Sierra Club’s Beyond Dirty Fuels campaign told the Wall Street Journal that, “While there is no way to ever make fracking safe, the oil and gas industry has repeatedly proven that it needs more standards to keep the public safe from the dangers of fossil fuels, not less.”