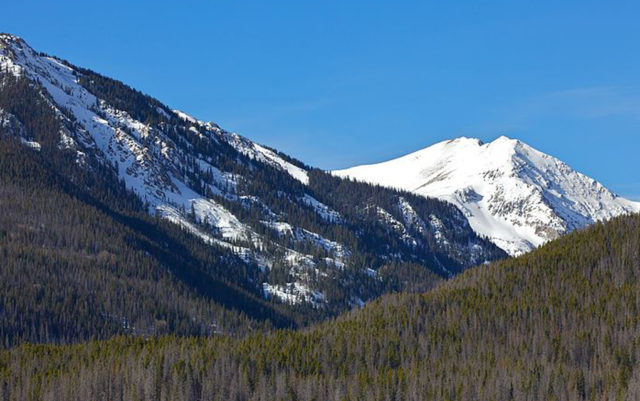 How species could react to a changing climate

New research from scientists at the University of Wisconsin Madison and Aarhus University in Denmark shows where and how novel species could emerge due to the changing climate.

The study, published in the journal Nature Climate Change on Sept. 19, examines the various changes in precipitation and temperature from 1901-2013. These changes can create new climates that cause species to adapt, possibly evolving into a new species all together.

Besides the Rockies, the research also indicates that it is possible for novel species to appear in Australia, boreal Asia and Africa, the Amazon, South American Grasslands and the North American Great Plains and temperate forests due to new climates emerging and affecting moisture- and temperature-sensitive species.

In an effort to reduce and prohibit fracking representatives of the Latin American Parliament, as well as church and civil society leaders launched the Latin American Coalition Against Fracking for Water, Climate and Sustainable Agriculture on Sept. 19.

The fracking ban throughout the continent of South America would protect the Guarani Aquifer, one of the world’s largest aquifer systems and a major source of freshwater in Argentina, Brazil, Paraguay and Uruguay that supplies around 55 million people with freshwater. Research shows fracking can pollute water sources as well as air and soil, which directly affects agriculture on the land around the fracking site.

Five provinces in Uruguay, as well as a province in Argentina have already passed legislation to ban fracking. Due to the work of Coalition No Fracking Brazil for Climate, Water and Life (COESUS), more than 100 cities in Brazil have banned fracking as well.

The launch took place at “The Dangers of Fracking in Latin America” event held in the Legislative Palace in Montevideo, Uruguay, home to the Uruguayan Parliament. The event was organized by the Parliament of Uruguay and 350.org, with the aim to grow and disperse the efforts of COESUS throughout the region.

Though efforts like this are being made, land is still currently mapped for oil and gas exploration in Argentina, Bolivia, Brazil, Chile, Colombia, Mexico, Paraguay, Uruguay and Venezuela by oil and gas companies with economic interest in the area.