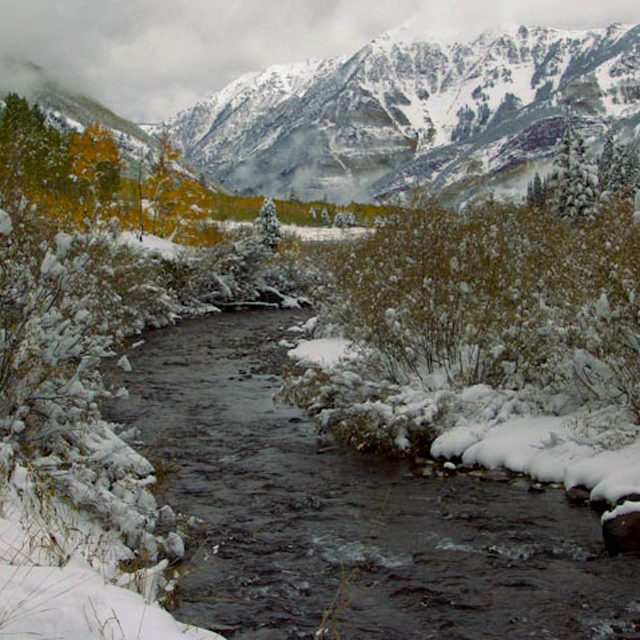 Damming the beauty of Aspen

Faced with concern over a growing population and rising temperatures due to climate change, Aspen City Council recently voted to preserve its water rights in an effort to ensure water storage in the future. Originally obtaining the water rights in November 1971, this extension would allow the City of Aspen to build dams along both Castle Creek and Maroon Creek if approved by the state’s water court.

Environmental groups like Carbondale-based Wilderness Workshop and Boulder-based Western Resource Advocates, as well as residents of Aspen, have criticized the policy saying there are other ways to protect water for future use. The Aspen City Council stands by its decision, citing that by keeping the water rights they are preventing outside parties from being able to exploit the creeks.

Furthermore, the City Council has said that the dams are only to be built in a worst-case scenario. For example, if Aspen’s population grows to a point where the water supply from packed snow runoff were to run low, city officials would begin construction on the dams to create another water source.

The proposed dams, one at 155-feet tall on Maroon Creek and the other at 170-feet tall on Castle Creek, would flood wildlife habitats and recreational areas alike, affecting tourism and the natural beauty of the valley, opponents argue. They advocate for alternative methods of securing the City’s water future, such as increased conservation and flexible water-sharing agreements.

On Nov. 4, environmental activists in Peru filed a lawsuit to challenge a law that allows private companies to hire the Peruvian National Police as security forces for development projects.

The activists filed as the group Plataforma Interinstitucional de Celendín (PIC) and are represented by EarthRights International, the Legal Defense Institute and the National Human Rights Coordinator of Peru, according to a press release.

The filing alleges that the National Police have been involved in criminal activity while hired as private security forces. The claim is based on reports that environmental leaders of Peru have been attacked, detained, tortured and spied on by the police contracted by extractive companies. The lawsuit particularly targets government contracts with Minera Yanacocha, a subsidiary of Newmont Mining, based in Colorado.

Activists claim that in 2011 the police, while hired by Yanacocha, fired on unarmed protesters challenging the expansion of a nearby mine. And Máxima Acuña, winner of the 2015 Goldman Environmental Prize, also claims the police have attacked her and her family as they fought to protect their water source from a proposed mine. Acuña is not a plaintiff in this case, however.

According to a press release from EarthRights International, the Peruvian government has passed two laws allowing private companies to pay and utilize the Peruvian National Police since 2006 and the country’s Ministry of the Interior reports the police have more than 30 security agreements with extractive companies. One-quarter of the security agreements are for projects based in the Cajamarca region of Peru, where Acuña and other environmentalists fight to protect the waters that gives the region life.