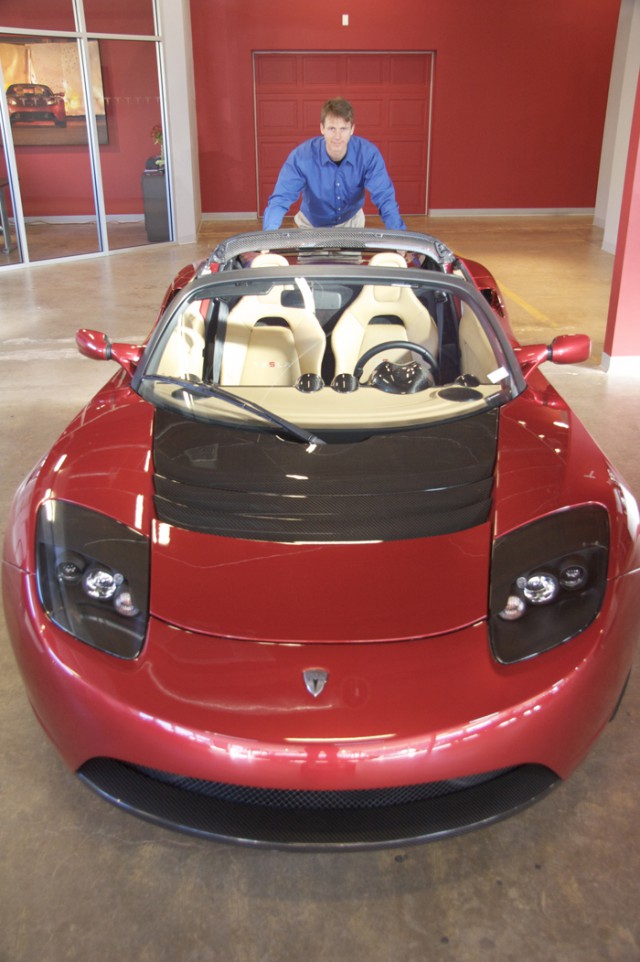 “For last year — in 2013 — [zero-emissions vehicles] sales represented 0.6 percent of all sales nationwide,” says Wade Newton, from the Alliance of Automobile Manufactures.

Emissions from vehicles are a significant contributor to the greenhouse gases that lead to climate change. In Colorado, transportation accounts for 23 percent of the emissions according to the Colorado Department of Public Health and Environment. As part of the push for more zero-emissions vehicles on the road, Boulder has built 12 electric vehicle charging stations and has seven more to come.

In 2010, Boulder secured a $500,000 federal grant with the help of U.S. Representative Jared Polis (D-Boulder) to become a member of Project Get Ready — a Rocky Mountain Institute collaborative initiative with other U.S. cities that aimed at ramping up the electric vehicle market. At the time there were very few other related programs. And at the federal level there was very little current funding for programs like this.

According to the city, $3,000 went to an outreach campaign for eGo CarShare. With eGo, the public can rent a zero-emissions vehicle to drive around and it helps promote the Smart Grid program.

“Boulder has a Smart Grid/Plug-In and Electric Hybrid Vehicles Project, which is the only one of its kind in the nation,” says Nick Grossman, communications specialist with the City of Boulder.

Implementing zero emissions vehicles and their charging stations requires initiatives, action plans, money and promises. Zero-emissions vehicles have just begun their introduction to the market in the last few years, so the prices are steep.

“There are really creative ways to mobilize the consumer that states can do like allowing zero-emissions vehicles access to the HOV express lanes, priority parking or free charging. It really requires all stake holders to come together,” says Grossman.

It’s expensive to mobilize a movement. On average in Boulder a charging station costs $15,800 dollars to completely implement.

According to the city, there are seven more planned electric vehicle charging stations. Some of the notable existing charging stations are located at the Broadway and Spruce Street parking lot and the South Boulder Recreation Center. These locations host two of the first-of-its-kind solar charging stations that were designed in part by IBM. Other locations include East Boulder Community Center, North Boulder Recreation Center, University of Colorado at Kittredge Loop, Alfalfa’s, Rocky Mountain Institute, Boulder Nissan and Walgreens on 28th Street.

One way Colorado has further increased zero-emissions vehicles sales is through incentives.

“Colorado has among one of the best tax incentive credits in the country for electric vehicles,” Nate Watters from the Colorado Energy Office says. “Up to $6,000 for passenger cars and $20,000 for a heavy duty truck.”

Colorado also has a program called Charge Ahead, which is funded through the state, the Colorado Energy Office and the Regional Air Quality Council.

“The program has committed to fund 93 charging stations this year,” Watters says. “Many of them have already been implemented and there are close to 16 more that will be online by the end of the month.”

In Colorado there are only 150 charging stations, according to the U.S. Department of Energy.

Throughout the country there are other programs that plan to increase the numbers of charging stations and zeroemissions vehicles but say it will take quite a few years to do so.

Even President Obama is late to deliver on his green vehicle market promise. He first announced in his 2011 State of the Union address that there would be 1 million electric vehicles on the road by 2015. In fact there are only 215,000 plug in electric cars that have been sold in the United States since 2008, according to hybridcars.com, a green vehicles consumer information website.

The push for zero-emissions vehicles has picked up in other states around the country. Eight states, comprising 28 percent of the national automobile market, recently announced a plan to put 3.3 million zero-emissions vehicles on their roads by 2025. There are also programs to lower carbon emissions, such as one that includes 11 Northeast and Mid-Atlantic states that have been working since June 2012 on the Transportation and Climate Initiative, which focuses on freight efficiency, sustainable communities, alternative vehicles and renewable fuels.

Programs like Colorado’s Charge Ahead and Boulder’s Smart Grid/Plug- In and Electric Hybrid Vehicles Project along with other states’ programs such as the Transportation and Climate Initiative are paving the way, though those effects may not fully take hold for another decade.