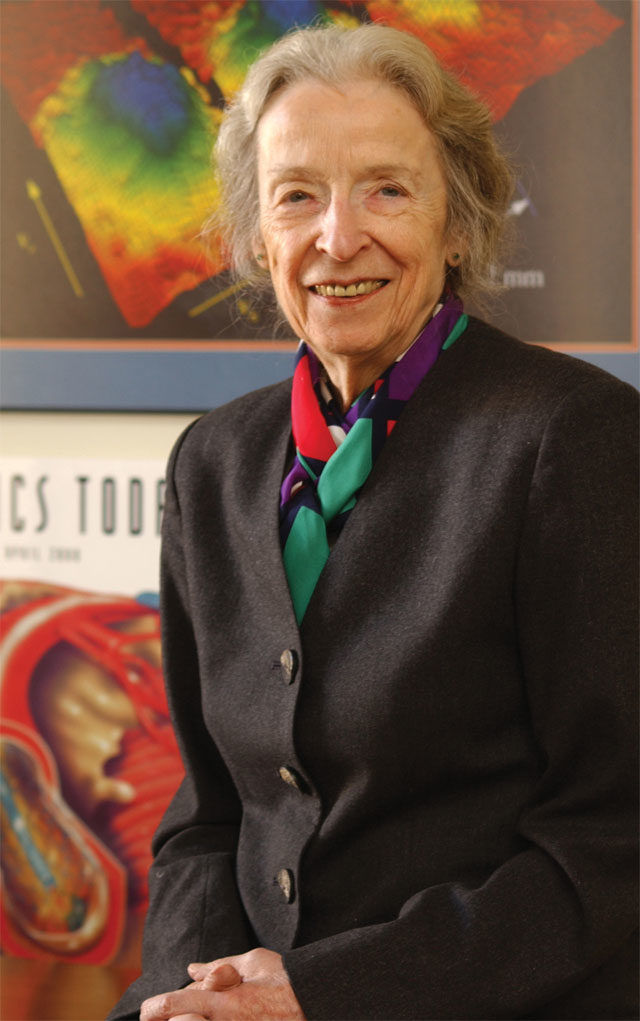 Dr. Katharine Blodgett Gebbie, former director of the Physics Laboratory at the National Institute of Standards and Technology (NIST) and mentor to four Nobel Laureates, died on Aug. 17. She was 84.

Boulder Weekly interviewed Gebbie before her death. While her own career was filled with awards, she took great pride in mentoring the next generation of scientists.

“I enjoyed supporting these scientists as much as I enjoyed research, as some people would find strange and think, ‘Did I really want to give up research itself?’ And I didn’t,” Gebbie said.
“I found it very exciting to support these first class scientists in doing what they wanted to do; I don’t think I ever told them what to do. But, who was I to tell Nobel Prize winners what they should do?”

After graduating with a degree in physics from Bryn Mawr in 1957, Gebbie became a graduate student in the physics department at University College London.

Soon after, Gebbie moved to Boulder for a postdoctoral fellowship at the Joint Institute for Laboratory Astrophysics (JILA). She then moved to Gaithersburg, Maryland, to work at NIST’s headquarters, but came back to Boulder in 1985 as chief of the quantum physics division at JILA. In 1988 she returned to Gaithersburg and became the founding director of the Physics Laboratory in 1990.

During her time at JILA, Gebbie learned that her job was to provide resources and let the scientists direct their own research. In addition to trying to keep paperwork away from scientists, Gebbie worked to guarantee years of stable funding so they could pursue their research to the greatest degree and hire research assistants.

Her dedication to the scientists who worked under her paid off. Between 1997 and 2012, William Phillips, Eric Cornell, John L. Hall and David Wineland all won Nobel Prizes in Physics. In 2003, Deborah Jin won a MacArthur Fellowship, also known as a Genius Grant. Jin went on to create the first fermionic condensate, helping researchers understand superconductivity and superfluidity.

Although Gebbie had been invited to Nobel Prize ceremonies in the past, she wasn’t able to attend until 2012. She went with Wineland, who received a prize for his work with quantum systems.

“Seeing David Wineland bowing to the King of Sweden made all the ups and downs worthwhile,” she said.

Gebbie described the loyalty of the NIST scientists as extraordinary and considered herself lucky to receive support from scientists and management.

She had inquiries and interviews for other jobs over the years, but never felt the desire to leave NIST. She retired from directing the Physical Measurements Laboratory in 2012, but at the time of her death, Gebbie was serving as a senior advisor to the current director of the lab.

In December 2015, the most advanced laboratory building at NIST was renamed after Gebbie, the first time a NIST Boulder building has been named for a person.

“One of the great pleasures of being a physicist is your colleagues, getting to know, having first-class colleagues and getting to know what they’re doing,” she said she told young scientists. “I just couldn’t think of anything more fun than what I had and the wonderful loyalty.”