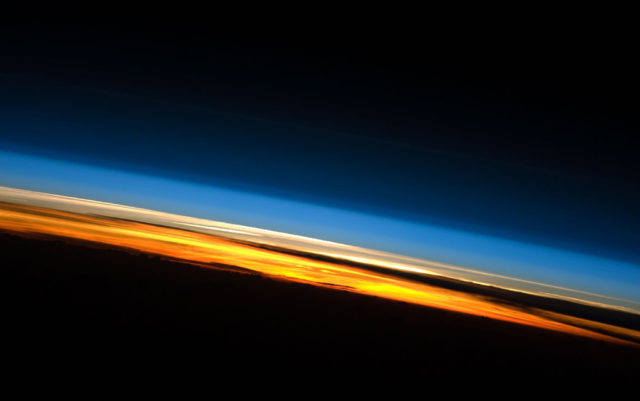 Scientists first started writing about global warming in the 1850s. More than a century ago, others explored the possibility of human-caused climate change. And yet in 2018, a lot of people still lack a basic scientific understanding of the concept, so argues Boulder-based astrophysicist Jeffrey Bennett.

“There’s nothing really controversial in terms of the basic science,” he says.

Outside of textbooks, Bennett first wrote about global warming in his 2012 kids’ book The Wizard who Saved the World.

“I felt like we needed to have a way to get kids to understand the topic without scaring them; make them feel like there is something they can do and build a better future with it,” he says. “The same thing that kids need, I think adults need, too.”

With his latest book, A Global Warming Primer, Bennett seeks to lay out the science and consequences of climate change in a matter-of-fact way that answers the most common questions about the issue, and examines possible solutions. He systematically addresses (and debunks) the case against climate change, while providing a way for supporters to speak intelligently about it. Bennett’s goal is simple: equip as many people, both children and adults, with a basic and rational understanding of global warming so that even the most hard-hearted skeptics will become believers.

Bennett has been teaching the science behind global warming for decades, beginning with his astronomy classes at the University of Colorado Boulder. “It’s in my notes from 1982,” he says. “Because global warming is an astronomical topic. We learned about it by comparing Earth to Venus.”

Only second-closest to the Sun, Venus is far and away the hottest planet in our solar system, mainly as a result of the greenhouse gas effect given its atmosphere is 96 percent carbon dioxide.

“Venus is hot because it has 200,000 times as much carbon dioxide in its atmosphere as Earth does,” Bennett says. “Once you know that, you understand that if we add more to Earth’s atmosphere, it’s going to happen here.”

Widespread consensus about climate change is increasing: According to a 2017 joint poll from Yale and George Mason universities, 71 percent of the population believes global warming is happening now, up 8 percent since 2015. More than half think it’s mostly human caused, and 63 percent say they are “somewhat worried” about it. However, Bennett argues, most people lack “the most basic level of understanding” of the science behind it, or what he calls “global warming 1-2-3.”

Number 1: “We know that greenhouse gases like carbon dioxide make planets warmer than they would be otherwise. There’s no debate over that fact. We know it from Venus, we know it from measurements,” he says.

Number 2: “We know that we’re adding more greenhouse gases to the atmosphere. There’s not debate over that either, the measurements show that clearly.”

“If you know number 1, that greenhouse gases make planets warmer, and number 2, that we’re adding more of them, it’s pretty obvious that we’re going to warm up this planet,” he says.

“That’s not debatable. The debates are all over how fast, how bad. But people never get told that really basic part, which is critical because once you understand that, we’re talking about risk analysis, not reality.”

While there’s universal agreement on the science behind global warming, Bennett says, it’s been widely reported that only 97 percent of climate scientists agree human activity is causing it. The debate comes not in the form of the reality of global warming, but rather in “this thing called climate sensitivity.” There’s no question that the climate has gotten hotter over the last 800,000 years, and CO2 levels only add to that, he says. So what happens when increasing amounts of CO2 are pumped into the atmosphere by burning fossil fuels when the temperature is relatively high to begin with?

“The 3 percent think that there might be feedbacks in the climate system that prevent [the temperature] from shooting up much higher than it is. Ninety-seven percent say, ‘I’m not convinced. It could get really bad.’”

Bennett no longer teaches in the classroom, preferring instead to travel around the country sharing the global warming basics. He genuinely just wants the average person to understand the science behind climate change. To that end, he’s donated a copy of The Wizard who Saved the World to every school in Colorado, and the Primer is offered for free on his website.

Most of the time, whether in a progressive town like Boulder or a coal-mining town in Kentucky, people who attend Bennett’s talks already believe in global warming.

“While my goal would be to talk to as many skeptical people as possible, they don’t show up to talks in general,” he says. But what he can do is equip the people who do come with the knowledge of the “1-2-3 science” so that they can share it with skeptics they interact with on a daily basis.

In addition, the Primer covers myriad solutions from, among others, promoting natural gas as a bridge fuel (not a solution since it still puts CO2 in the atmosphere); to nuclear fusion (which produces non-toxic helium, as opposed to current nuclear fission practices); to geoengineering, which could work if it focuses on the right thing.

“The only possible geoengineering solution that can help is one that actually removes carbon dioxide from the atmosphere,” Bennett says.

Although there are some scientists working on this, first things first, Bennett says. We need to stop increasing the level of CO2 in the atmosphere before we find a way to bring the levels back down.

“No matter what we do on the removal of carbon dioxide, if [we] keep adding it in, [we] can never get ahead of the game.”

All of which leaves Bennett to conclude the most effective solution is switching our economy away from fossil fuels altogether by instituting a carbon tax truly reflective of the cost of burning greenhouse gases.

Championed by such groups as the Citizen’s Climate Lobby and others, the concept has gained traction with some leading Republicans. Former secretaries James Baker and George Schultz have recently come out in support of the idea as a market-based solution (as opposed to Obama’s regulation-based Clean Power Plan, which is currently held up in the courts.) And Schultz endorsed Bennett’s Primer, taking 25 copies, Bennett says, to hand out at the conservative think tank Hoover Institution, where he’s the chairman of the energy policy task force. Leading Democrats and even oil companies like Exxon Mobil also support the idea of a carbon tax, although, Bennett admits, not everyone is on board. “They’ve become convinced that this is a political issue, and it’s not,” he says.

While the current administration makes it seem like the voice of climate change skeptics are on the rise, it’s actually quite the opposite, Bennett argues.

“You’re dealing with an increasingly small number of people who are for some reason hardened against this,” Bennett says. “They are much more prominent in the administration and Congress then they are among the public and voters. I hope they’re reachable and if they’re not, the voters can deal with that by making it a priority who they choose for the future.”

In another 2017 poll, more than six in 10 Americans want the government to do something about climate change. Hopefully, with a basic scientific understanding such as the one laid out in the Primer, the consensus will just keep growing. Regardless, Bennett believes we all can agree: “Everybody wants a better world for their kids and grandkids,” he says. “I like to believe that even the Scott Pruitts of the world are reachable.”