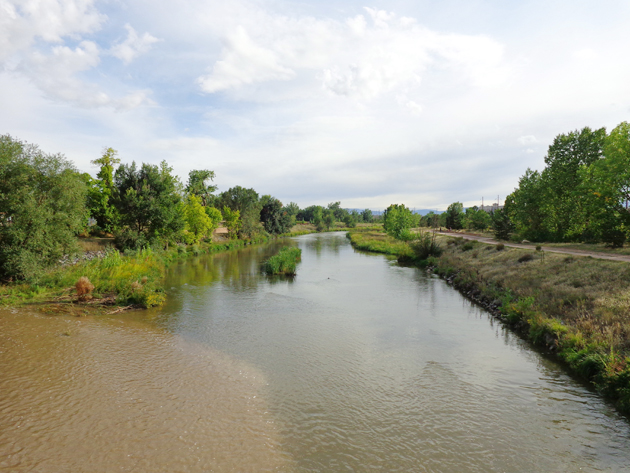 “This plan reads like a river-destroyer’s manifesto, not a science-based public policy document.” —Gary Wockner, director of Save the Poudre

In May of last year, Governor John Hickenlooper issued an executive order to create the Colorado Water Plan. As a part of the process established by the governor’s order, nine regional roundtables were empowered to create water plans for the river basins in their particular areas. These regional plans are referred to as Basin Implementation Plans or BIPs. The idea being that, in the end, the Colorado Water Conservation Board would take all nine BIPs and stitch them together into a single comprehensive state plan for how to use and manage our most precious resource, water.

The process has been controversial since the beginning. For the past four years, environmental groups, including Save the Poudre, have been calling attention to the makeup of the South Platte Roundtable and others. Save the Poudre claims that the governor’s entire water planning process has been hijacked, claiming in various press releases that “the very same actors that benefit from draining and destroying Colorado’s rivers were appointed to write the South Platte BIP” and that “the South Platte Roundtable, which wrote the BIP, is a corrupt process with no — zero — representation from environmental groups whose mission is to protect and restore rivers.”

While the first public release of the South Platte and Metro Denver Roundtables is scheduled for Thursday, July 31, Save the Poudre used the Colorado Open Records Act last week to secure an early draft copy of the plan dated June 18. It would be an understatement to say that the organization, which is dedicated to protecting the Poudre River and advocating for river protection elsewhere, did not like what it read.

“This is a river destruction plan, not a water plan,” said Gary Wockner, director of Save the Poudre in a press release. “Every conceivable bad idea is endorsed in this plan — it would kill our rivers and ignite a water war throughout the state.

Save the Poudre claims that “in addition to supporting every conceivable bad river-destruction idea, the draft BIP also endorses ‘streamlining’ state of Colorado permitting and water court processes to fast-track dams and pipelines. It also relies on completely biased propaganda about the impact of water policies on farms. For example, the BIP regurgitates propaganda directly out of the debunked 2008 Draft Environmental Impact Statement for the Northern Integrated Supply Project (NISP) suggesting that if NISP isn’t built, farms would be dried up. A later technical report from Save The Poudre indicated the exact opposite, that NISP would force the subdivision and pave-over of up to 100,000 acres of farms in northern Colorado and the West Slope.”

“Much of the South Platte/Metro BIP is offensive anti-science and antienvironmentalism,” says Wockner. “This plan reads like a river-destroyer’s manifesto, not a science-based public policy document.”

As if to confirm Wockner’s claims, the June 18-dated version of the 275- page South Platte/Metro BIP actually says that dams and reservoirs improve river health and that returning rivers to a more natural state is undesirable.