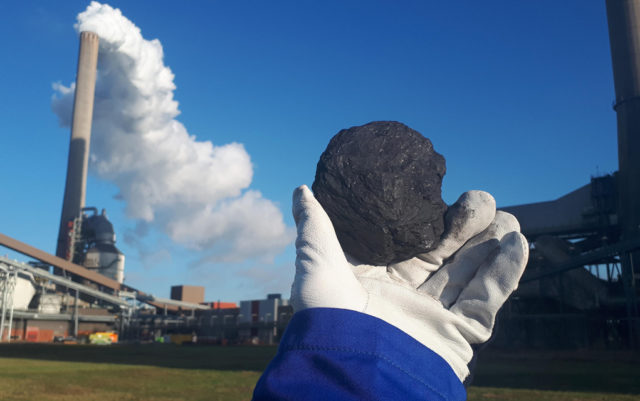 On April 16, the Environmental Protection Agency (EPA) ruled that it was no longer “appropriate and necessary” to regulate coal-fired power plants in the U.S. for emitting mercury and other hazardous air pollutants.

Mercury, of course, is a carcinogen and nervous system toxin. It’s lethal in relatively low concentrations. And it is a by-product of coal-fired energy production.

So why did the Trump administration say it’s unnecessary and inappropriate for the EPA to regulate mercury emissions from power plants?

“The people who really wanted this were the coal industry,” says Ellen Kurlansky, a former EPA air quality specialist who helped write the rules regarding mercury regulation, the Mercury and Air Toxics Rule (MATS), in the late 1990s. “Specifically Bob Murray [of Murray Energy] which sent EPA its wish list.”

Murray Energy sent a letter to the EPA in 2019 asking the administration to suspend regulation of mercury and other hazardous air pollutants, “because of the massive, unwarranted compliance costs and other harms imposed by MATS on the American public.”

This is despite the fact that most players in the electric power industry didn’t want the EPA to make this ruling, Kurlansky says.

But why would most of the power industry want the EPA to keep regulations in place? A quick history: The beginnings of the MATS rule were introduced in the Clinton administration. The EPA did a study and found power plants were the largest emitter of mercury and other pollutants. The rule didn’t get pushed through and the Bush administration tried to implement a cap and trade program instead. They were sued, and lost, and when Obama took office, his EPA pushed MATS through in 2011, giving power plants at least three years to comply by implementing technology to effectively sequester mercury and toxins from its operations.

New technology made it cheaper for power plants to comply, and by 2016 almost all oil- and coal-fired plants were in compliance. Mercury emissions dropped by almost 90%, and reductions for other pollutants had similar dramatic decreases.

In short, the power industry didn’t want the Trump administration to make this ruling because they had already spent the money to adhere to MATS.

“They feel like they’re in compliance. The money’s been spent,” Kurlansky says. “They’re over, done, leave us alone, and they don’t want uncertainty.”

There were nine coal-producing plants in Colorado last year, though several have announced they have already or will begin phasing out coal from their operations.

What’s baffling about the ruling is that it doesn’t undo MATS. Power plants still have to comply with its regulations or else face a potential lawsuit from community members or organizations. But by deeming compliance with MATS neither “appropriate [or] necessary,” the door is opened to lawsuits from plants that don’t want to comply.

“Somebody is going to go to the courts and say, ‘Well, if you say it’s not appropriate or necessary to regulate, you need to undo MATS,” Kurlansky says. “I think that’s a difficult legal argument to make because it was already fought and lost [in the Bush administration]. But the courts are different now because there’s been a lot of recent appointments. It’s not totally a no-brainer that you’re going to get the same result.”

Why some plants might want to challenge the rule is because it costs money to comply with MATS, even after the technology has been implemented — a little over a billion dollars a year industry-wide, Kurlansky says. But Kurlansky adds that the Trump administration used outdated and cherry-picked numbers to justify its cost-benefit analysis, which is used as justification for its ruling. For instance, it only looking at the benefits provided to a small population of people and the costs of using technology from decades ago. It also doesn’t consider the co-benefits of reducing emissiosn of other air toxins.

“I think this is part and parcel of a sort of multi-year long-term project to dismiss the benefits of regulating pollution; to present it to the American people as not worth the cost,” Kurlansky says.

“The EPA reached the position that it is not ‘appropriate and necessary’ to regulate power plant mercury emissions by cooking up an illegal reading of the Clean Air Act, willfully misreading a Supreme Court case, and deciding that it is suddenly free to dismiss the benefits of the full measure of pollution reduced by regulation in performing cost-benefit analysis,” Goffman said in a statement. “The immediate effect of this action will likely be coal industry litigation aimed at removing existing control requirements for mercury and air toxic emissions.”

And, if the ruling is now challenged in court and ultimately overturned, it’s people in at-risk communities and in minority communities, who live near these power plants, that will hurt the most.

Mustafa Santiago Ali of the National Wildlife Federation said: “This is just one more example of Trump’s EPA inexplicably weakening a rule that reduces emissions of dangerous and deadly toxins for no other reason than to undo something the Obama administration did to help our most vulnerable, including people of color, pregnant women and children, not to mention putting people in underserved communities even more at risk of dying from viruses like COVID-19.”

So, even if MATS is challenged and overturned, is there any concern that coal-fired plants will cut out the costs of their cleaning operations and release mercury and other toxins, unfettered, into our air and water?

“I think there certainly is that concern,” Kurlansky says. “I haven’t heard that anybody is, but I think that is a valid concern.”