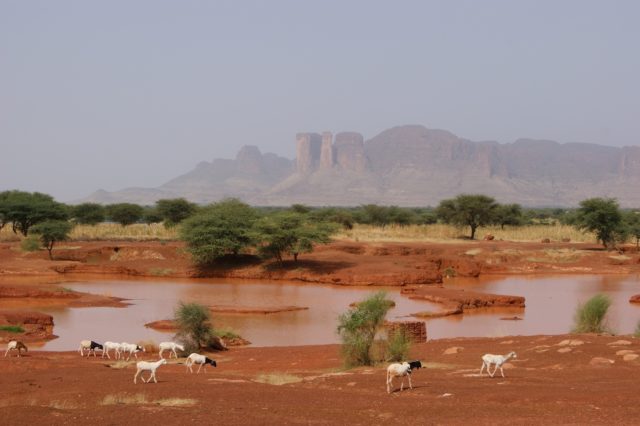 Geo-engineering — the untested technofix that would permit the continued use of fossil fuels — could create more problems than it would solve.

By masking sunlight with injections of sulphate aerosols in the stratosphere, nations could perhaps suppress some of the devastating hurricanes and typhoons that in a rapidly warming world threaten cities in the Northern Hemisphere. But they could also scorch the Sahel region of Africa, and threaten millions of lives and livelihoods, according to new research.

Geo-engineering is sometimes played as humanity’s have-your-cake-and-eat-it option: humans have already unthinkingly engineered climate change over the last 200 years by profligate combustion of coal, oil and gas that releases ever-growing concentrations of the greenhouse gas carbon dioxide into the atmosphere.

Since ferocious volcanic eruptions have been known to cool the global climate by pumping soot and sulphur dioxide into the upper atmosphere, some reason that scientists and technologists could play the same card, in a calculated fashion.

But shortly after one research team showed that, in theory at least, geo-engineering could be made to work (Re: Boulderganic, “Geo-engineering can stop global warming, at least in theory,” Nov. 30), a second group has demonstrated that there would be a huge price to pay. And they call on policymakers to think carefully before testing any unilateral action.

“Our results confirm that regional solar geo-engineering is a highly risky strategy, which could simultaneously benefit one region to the detriment of another,” said Anthony Jones, a climate scientist at the University of Exeter, U.K., who led the study.

“It is vital that policymakers take solar geo-engineering seriously and act swiftly to install effective regulation.”

This is an argument that has continued for more than a decade: in 2006, the Nobel laureate and chemist Paul Crutzen pointed out that, while burning hydrocarbon fuels, humans also released sulphate aerosols that represented a health hazard linked to half a million deaths a year.

If a proportion of this pollution reached the upper atmosphere, it would not only save lives, it would change the reflectivity of the planet, dim solar radiation and contain global warming.

Since then, researchers the world over have repeatedly looked at the geo-engineering option, and repeatedly conceded that the ideal answer would be to stop burning fossil fuels.

And since greenhouse gas emissions have failed to fall, other groups have repeatedly returned to the study to find that such solutions may not work, or that they could create more problems than they solve.

Jones and his colleagues report in the journal Nature Communications that they tested the sulphate solution in simulation to find what others have suggested: that in addition to damping global temperature rise, a deliberate darkening of the skies would also suppress hurricane activity in the North Atlantic.

But, as others have argued, it would also heighten the likelihood of sustained drought in the Sahel, a region which extends across 14 nations in Africa, from Senegal to Ethiopia.

“It is obvious from first principles that stratospheric aerosol geo-engineering deployed in only one hemisphere would lead to huge shifts in tropical climate patterns,” said Peter Irvine, a researcher at Harvard University, commenting on the study.

“Deploying stratospheric aerosol geo-engineering in only one hemisphere is pretty certainly a bad idea, and this work helps reinforce that view.”

And John Shepherd, an earth system scientist at the University of Southampton in the U.K., said, “This is not a technique that is ready to use in the near future: reducing CO2 emissions and planning our adaptation must remain top priorities for climate policy.”