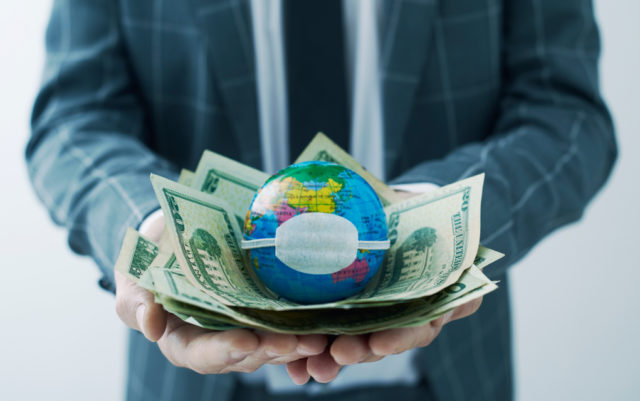 The warnings are stark. With the COVID-19 crisis wreaking global havoc and the overheating atmosphere threatening far worse in the long term, especially if governments rely on the same old carbon-intensive ways, both economy and climate will sink or swim together.

“There are reasons to fear that we will leap from the COVID-19 frying pan into the climate fire,” says a new report, “Will COVID-19 fiscal recovery packages accelerate or retard progress on Climate Change?” Published by the Smith School of Enterprise and Environment at the University of Oxford, U.K., it says now is the time for governments to restructure their economies and act decisively to tackle climate change.

“The climate emergency is like the COVID-19 emergency, just in slow motion and much graver,” says the study, written by a team of economic and climate change heavyweights including Joseph Stiglitz, Cameron Hepburn and Nicholas Stern.

Economic recovery packages emerging in the coming months will have a significant impact on whether globally agreed climate goals are met, says the report.

“The recovery packages can either kill two birds with one stone — setting the global economy on a pathway to net-zero emissions — or lock us into a fossil system from which it will be nearly impossible to escape.”

The study’s authors talked to economists, finance officials and central banks around the world. They say that putting policies aimed at tackling climate change at the center of recovery plans makes economic as well as environmental sense.

“Examples include investment in renewable energy production, such as wind or solar. As previous research has shown, in the short term clean energy infrastructure construction is particularly labor-intensive, creating twice as many jobs per dollar as fossil fuel investments.”

COVID-19 is causing great suffering and considerable economic hardship around the world. But it has also resulted in cleaner air and waterways, a quieter environment and far less commuting to and from work, with people in developed countries doing more work from home.

“In the short-term clean energy infrastructure construction is particularly labor-intensive, creating twice as many jobs per dollar as fossil fuel investments.”

The International Energy Agency (IEA) said in a recent survey that COVID-19 and other factors were bringing about a fundamental change in the global energy market, with the use of climate-changing fossil fuels falling sharply and prices of oil, coal and gas plummeting. The IEA also projected that global emissions of greenhouses gases would fall by 8% in 2020, more than any other year on record.

The Oxford report says that with the implementation of the right policies, these positive changes can be sustained: by tackling climate change, many economic and other problems will be solved.

Skeptics have often said that public resistance to changes in lifestyle will prevent governments from taking any substantial action on the climate issue. The study begs to differ:

“The (COVID-19) crisis has also demonstrated that governments can intervene decisively once the scale of an emergency is clear and public support is present.”

Economists and finance experts are calling for the U.K. to play a decisive role in ensuring that economies around the world do not return to the old, high-carbon ways but instead implement green recovery packages.

The U.K. is president and co-host of COP-26, the round of U.N. climate talks originally due to take place in November this year but now, due to the pandemic, postponed to early 2021.

The round is seen as a vital part of efforts to prevent catastrophic climate change.

Mark Carney, the former governor of the Bank of England, now a finance adviser to the British prime minister for COP-26, says the U.K. has the opportunity to bring about fundamental changes in order to combat a warming world.

“The U.K.’s global leadership in financial services provides a unique opportunity to address climate change by transforming the financial system,” he says.

“To seize it, all financial decisions need to take into account the risks from climate change and the opportunities from the transition to a net zero economy.”

This story was originally published by the Climate News Network.