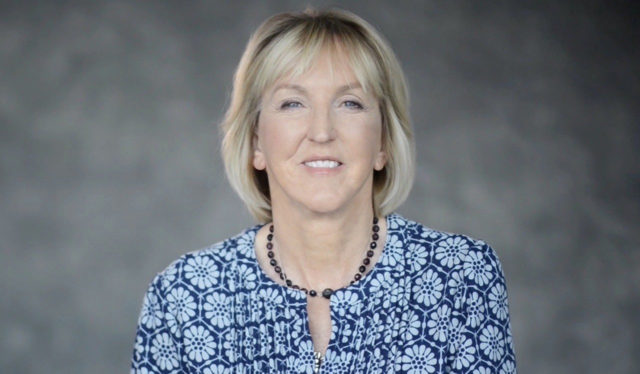 Animals are intelligent, aware and empathetic — far more than we as humans understand. People for the Ethical Treatment of Animals (PETA) founder and president wanted to know (even) more about the intricacies of animal communication, emotion and understanding, so she took a deep dive, recording her findings in a new book: Animalkind: Remarkable discoveries about animals and revolutionary new ways to show them compassion.

Newkirk was supposed to speak at Boulder Book Store on April 14 about Animalkind, but of course in-person readings aren’t possible amid stay-at-home orders. Still, with Earth Day around the corner, we caught up with Newkirk to discuss the book, how we can be better cohabitants of the planet and her thoughts on a local controversy.

Boulder Weekly: Your book delves into the latest research about how animals emote and communicate — how far has that research gone and what more do we need to learn?

Ingrid Newkirk: I thought I knew everything there was to know about animals. I collect so diligently all the research that comes out. In researching Animalkind, I learned an awful lot about some of the animals we have in our homes [as well as] wild animals.

I think it’s just the beginning. Elephants — it wasn’t that many years ago that we didn’t realize they communicated subsonically. They can send a message in one place to be heard one or two miles away. I realized if they can, they love to swim for the pure pleasure of it. They’ll put their trunks above the water like a snorkel and swim in the water for 30 miles. And that that trunk is so sensitive… they can actually pick up a paper clip with it.

I was diving deeper. I’ve got a file that’s called “amazing animals,” and I put a lot of things in there and studies I’d read. Certain moths, for instance, and how they can communicate on one side of their body, sending a message so [a predator] on the other side can’t see it. For this book I wanted to go back and dig.

BW: So if we know that animals communicate and feel on a deeper level than we can perceive, what should we do to improve the lives of animals?

IN: Well, to start, basically anyone who has a dog in their home and takes a dog for a walk: that’s not, ‘Get out there, do your business,’ that’s the dog’s big moment. That’s the dog’s excursion. The dogs are sniffing, they have so many more senses in their noses than you can imagine and they can pick up all the scents of who they went by and what they went by, what gender that animal was. This is their news, this is their internet, so don’t pull them along. Have patience, put the phone down. Their life is important too.

Dogs need to bark. They shouldn’t be told all the time, ‘Sit down, be quiet, stay.’ This is not the relationship we should have with animals.

Also we all eat, we all dress ourselves, shampoo our hair, buy things. When we look at all those ways we spend money, we have the power of the purse and that’s so important. Even something like you buy a pair of leather shoes and don’t think twice about it. I’ve been on the cattle trail in India. Those animals are exhausted. They don’t want to be killed, but the leather supports the meat industry more than the meat. If you don’t want to support slaughter, you might want to look at the fabulous collection of vegan shoes.

BW: There’s been a recent movement toward sustainability and plant-based eating. Is it sustainable?

IN: Yeah, for sure, it has to be. I really have to credit the environmental movement with a lot of that happening. You’ve got Greta Thunberg, a vegan, saying everybody should go vegan. You put all the cars and planes and automobiles and emissions together and you still don’t equal the amount of methane coming from animal-based agriculture. You see also water shortages, drought, you see all these things, and I think a lot of people are becoming vegan and they’re seeing the connector between ravaging the Amazon to grow crops to feed chickens and cows and whatnot.

BW: Can we half-ass it? Are implementing things like Meatless Mondays and eating less meat enough?

IN: Well, I have two thoughts on that. One is we’re grown-ups and once somebody shows you, you shouldn’t say, “Don’t show me that” because you know you’ll have to change. Be brave, have a look. If you’re paying for it, you should know what you’re paying for. If you’re a decent person, in all likelihood we should change it. Like the Nike slogan, just do it. Get a cookbook. Find an alternative to dissect. Don’t pay for something that’s tested on animals. Do everything you can.

That said, if you take away one cruel thing you do, that’s great. Any suffering that you no longer engage in or no longer support, good for it.

BW: We have to ask you about something local because PETA was involved in it — why should the University of Colorado retire its live buffalo mascot?

IN: It’s foolish, it’s a very old fashioned idea to take an animal away [from its natural habitat]. A buffalo is a herd animal, they’re not solitary anyway. The University will say they’re so well taken care of; he’s not yours to use as a prop. Pay somebody some money and have them wear a costume. A buffalo doesn’t belong on a sports field with the noise and being carted around. A lot of sports teams have abandoned that. It’s getting to be there are very few that use a live animal. I think the next generation is going to look back and say, “What were you thinking?”

This interview was edited for space and clarity.