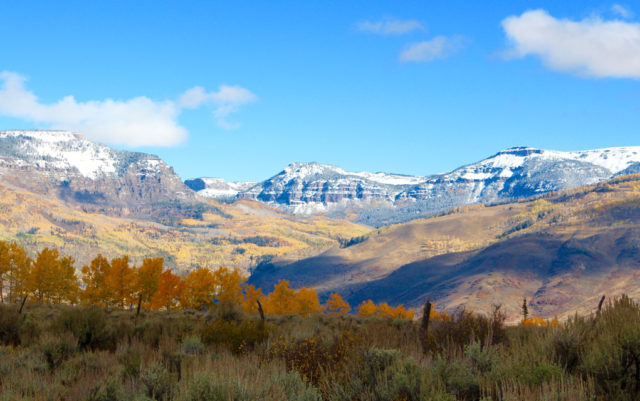 Alpine ecosystems are truly special places: almost as delicate as they are beautiful, as sensitive to change as they are susceptible to it. These ecosystems have been fine-tuned to survive and thrive with only the limited resources available to them at such high altitudes. And now, their environments are changing — excessive nitrogen pollution from modern agriculture is taking its toll, upsetting that fragile high-country balance.

And according to a new study, published by the University of Colorado, recovering from this kind of pollution is not an easy feat.

“[Nitrogen pollution] is one of the environmental impacts we’ve been worried about along Colorado’s Front Range for almost 20 years now,” says Bill Bowman, a biology professor at CU, director of the Mountain Research Station, and lead author of the study, recently published in Ecological Adaptations.

Since 1997 Bowman and the Mountain Research Station have been monitoring Niwot Ridge in the Indian Peaks outside of Boulder. At 11,400 feet, he and his team have been exposing separate plots of land to artificial levels of nitrogen pollution, testing how the ecosystems respond to different input levels.

What they’ve found is disconcerting.

Bowman explains that while nitrogen is essential for large-scale agriculture, it can be detrimental to sensitive alpine environments.

“[Nitrogen pollution] is causing changes in the plants, changes in the abundances of plants — some maybe decreasing, others maybe increasing,” Bowman says. High nitrogen levels can encourage non-native plant species to start popping up where they shouldn’t be. “It’s also affecting the composition of algae in the lakes, and it’s affecting the chemistry of soils and influencing some of the nutrients that are there.”

Essentially, nitrogen pollution is making it harder for native flora to thrive by acidifying the soil and inviting non-native plant invaders to stay — all of which changes the ecosystem from its delicate foundation.

According to Bowman’s research, even if we made a dramatic reduction in nitrogen pollution today, it wouldn’t do much to stop the problem.

Not only that, but when it comes to global warming and air pollution, there is a lag between causes and effects — a delay with a lot of inertia behind it. The alpine degradation Colorado is experiencing today could be the result of nitrogen pollution from more than a decade ago.

“The other important thing is there’s kind of a positive feedback in the system,” Bowman adds. When there are higher levels of nitrogen in the air and soil, the natural cycle of nitrogen production is stimulated and accelerated, he says.

That’s bad news for plants with such short growing seasons. Alpine fauna can’t absorb the massive levels of nitrogen they’re being bombarded with, and, according to Bowman, “That’s where the acidification goes on. If those plants were corn or sorghum or something like that, then they’d be taking in all the nitrogen and it wouldn’t be a problem.”

It’s a tough spot to be in. On one hand, there are 7 billion people on this Earth to feed, and a megalithic agricultural industry that provides jobs and boosts GDP to contend with. On the other hand: nature.

So how do we reconcile agricultural nitrogen pollution and the health of our alpine ecosystems?

“If we’re going to use standards for air pollution, we need to take a longer view into perspective and think about that air pollution building up in ecosystems and having long-term effects,” Bowman says.

In the past, the metrics that have been used to measure this kind of pollution have been things like acidification of soils and surface waters, Bowman says. “That’s at much too late a stage if we want to prevent things like the death of trout in streams in Colorado, or changes in water quality that might occur.”

There’s also Rocky Mountain National Park’s “Early Warning System.” When wind flows from lower elevations in eastern Colorado up into the mountains, it is known as an “upslope event” and it carries massive amounts of nitrogen into the high-country. When an upslope event is predicted, farmers and livestock producers in eastern parts of the state are alerted to it, so they can minimize the amount of nitrogen they emit.

It is not a perfect or a comprehensive solution, but it is a start.

Luckily, Bowman does not seem to think that hope is lost. “I think that actually for Colorado, we’re in pretty good shape in most areas.” Though, he adds that the regulations around nitrogen pollution are still a little bit loose right now.

“Really,” he says, “The best thing we can do is just to not let [nitrogen] build up in the first place.”